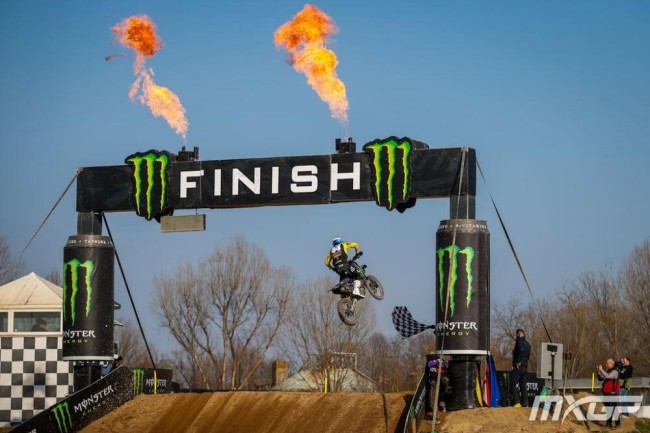 As usual there was plenty of drama in the opening EMX250 moto of the year! It was Mike Gwerder who took the holeshot and was looking good at the front before a mistake saw David Braceras take advantage.

It was Rick Elzinga and Cornelius Toendel on the move though after both got average starts, the latter took out Bonacorsi and set his sights on the top four but then crashed himself.

Elzinga made the move on Braceras for to take a comfortable win but the battle for second was intense. Jorgen-Matthias Talviku tried everything but settled for third in the end ahead of Haakon Osterhagen who was fantastic on his EMX250 debut.

One rider that went under the radar was Quentin Marc Prugnieres who got a terrible start but rode through the pack to finish eighth. 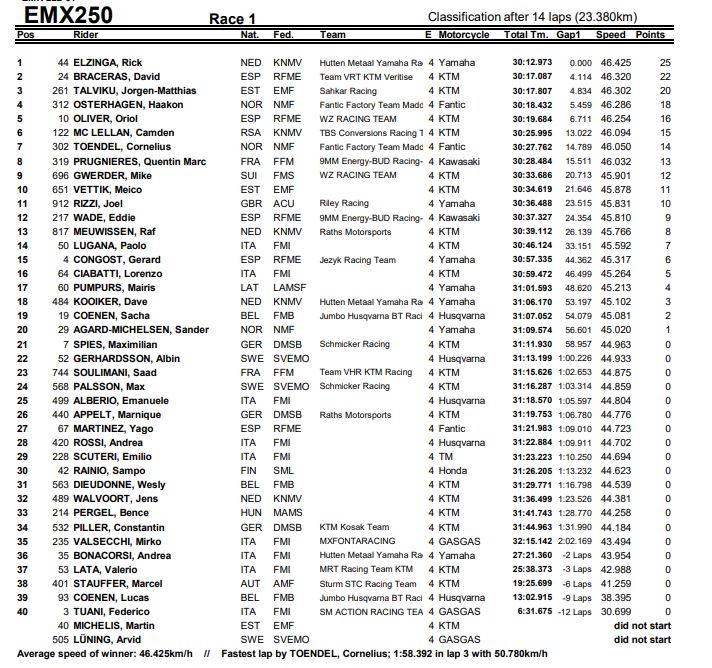 The second EMX250 race was all about the two-strokes as they went 1-2-3 as Meico Vettik was sandwiched between the two Fantic’s! Cornelius Toendel took his first EMX250 race win but had to be content with second overall after his first moto crash.

Rick Elzinga didn’t get a good start in the second moto but came from outside the top ten to fourth which was enough to clinch the overall and he’ll take the red plate to round two.

Haakon Osterhagen was superb on his EMX250 debut taking third overall ahead of Meico Vettik and Oriol Oliver who rounded out the top five.

Andrea Bonacorsi was buried outside the top twenty in race two but charged through the pack to a sixth spot. 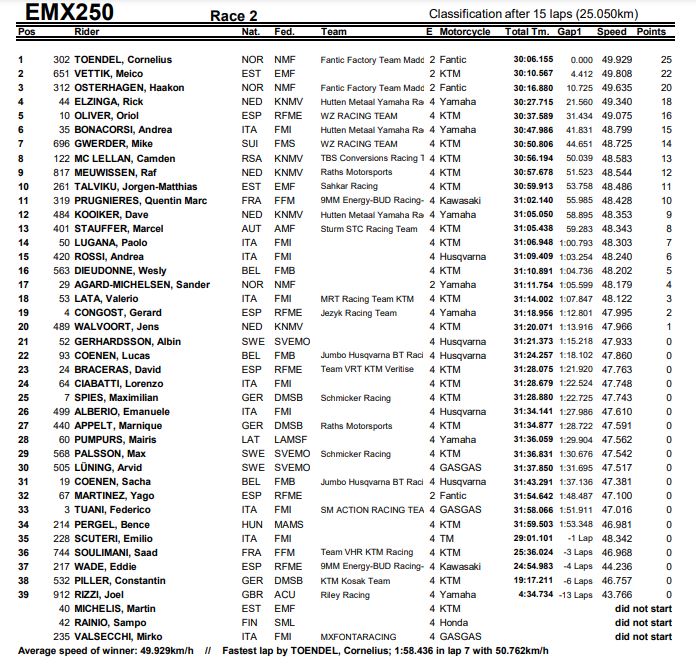 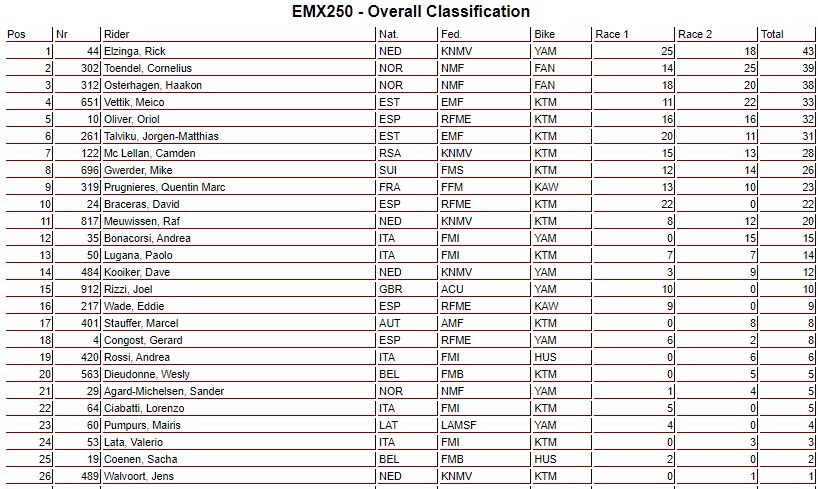