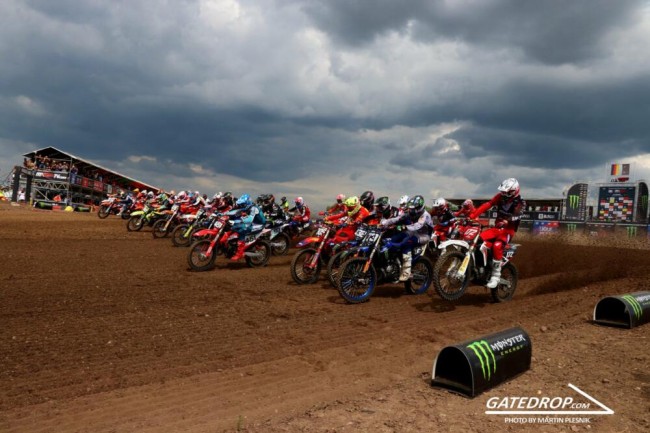 The opening EMX125 moto belonged to the impressive Karlis Alberts Reisulis who was carrying a lot of speed at the start of the race. The Latvian didn’t have the perfect start but passed Mikula, Van Erp and Zanchi to pull away at the front.

Alexis Fueri also made passes to get himself into second and he bridged the gap to Reisulis on the very last lap but the latter held onto the race win.

Cas Valk looked to be riding with in himself and ended up a solid fourth. Ivano van Erp was riding well before a bike issue forced him out of the race.

For the second EMX125 race conditions were totally different with a freshly groomed race track. The second moto came down to a Fantic showdown at the front with Fueri and Valk getting fantastic starts.

Fueri had everything under control until two laps to go when a few too many backmarkers made things tricky. On the final lap, Valk tried his best but Fueri did well under the pressure to take an impressive win.

MJC Yamaha riders, Ivano van Erp and race one winner,  Karlis Alberts Reisulis had really bad starts but were going well slicing their way through the field. The latter then looked to have a bike issue which slowed him down. Van Erp rode well to get back to fourth and under the circumstances tenth was the best Reisulis could do.

Ferruccio had a good day finishing both moto’s third to secure an overall podium. 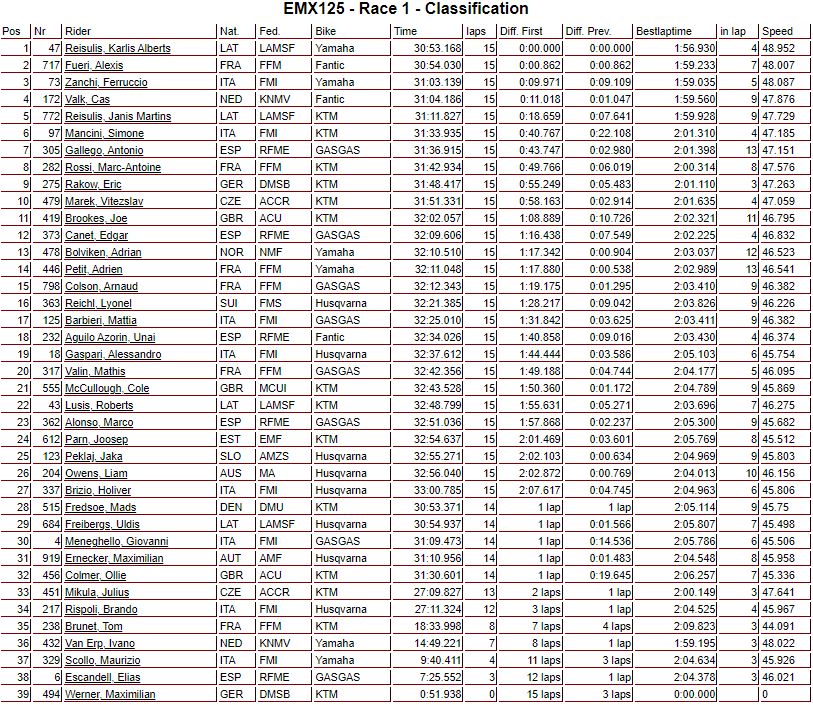 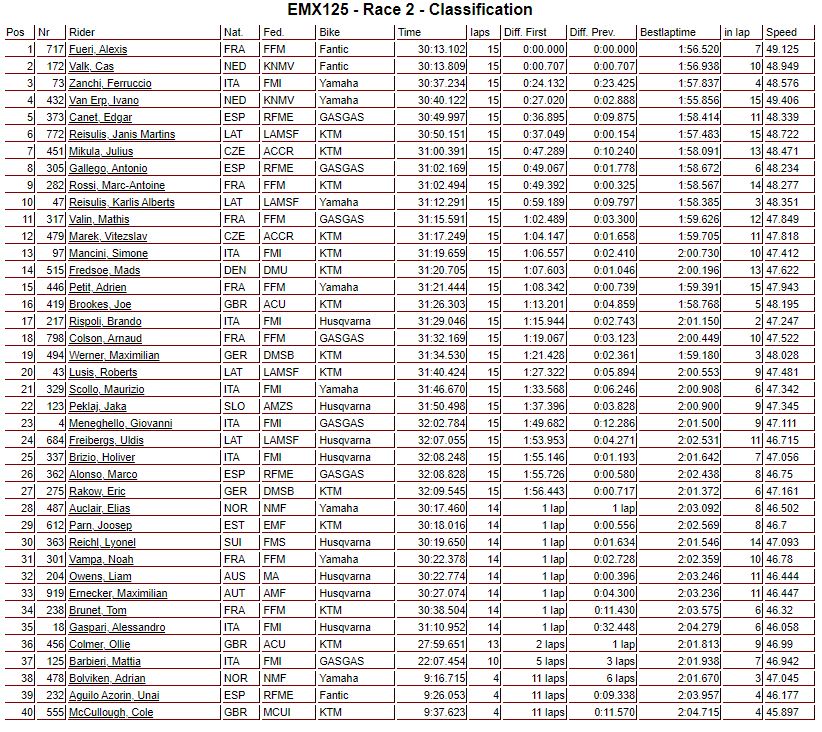 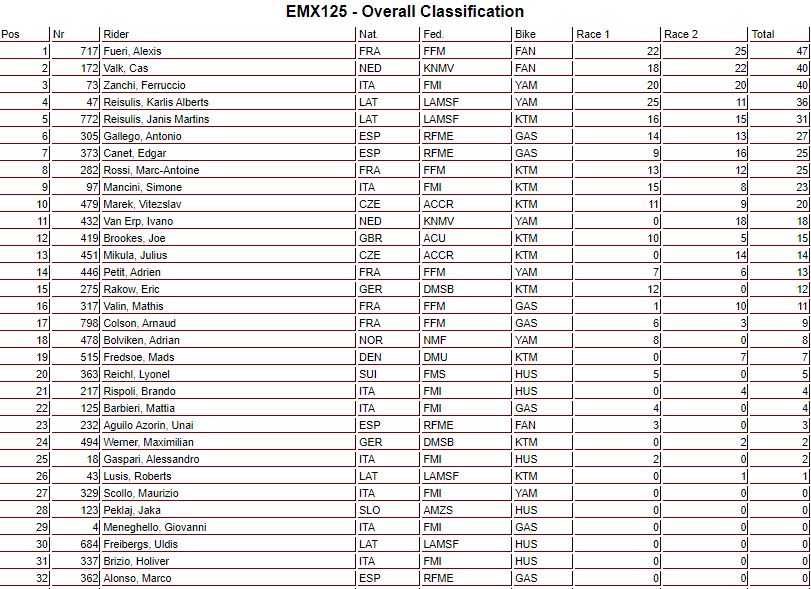 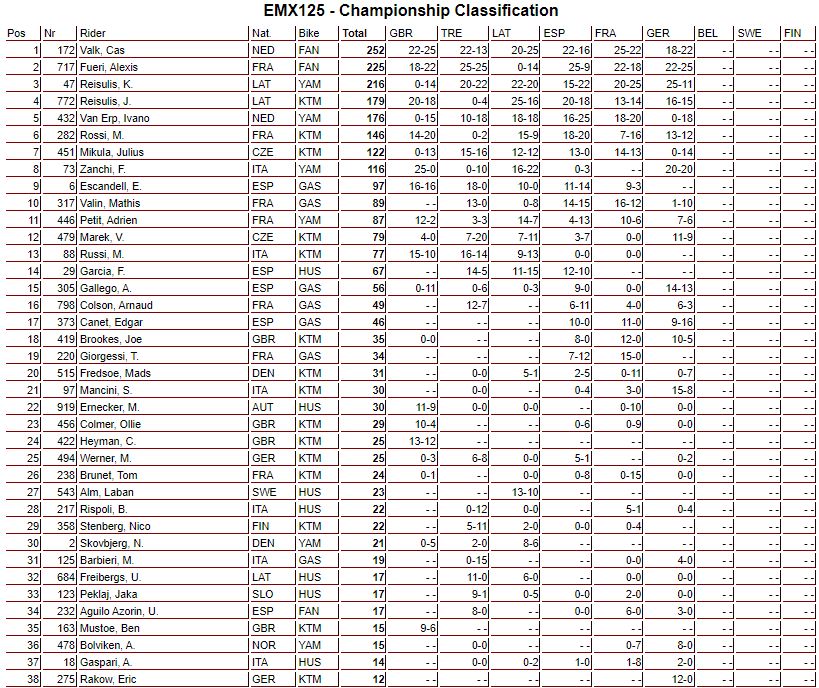