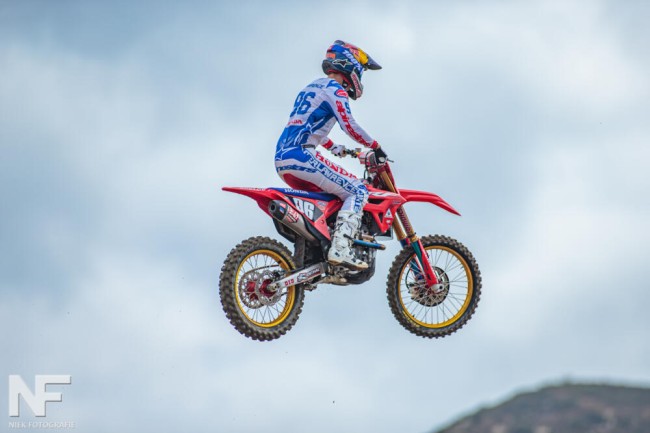 The opening 250cc moto was all about Levi Kitchen as he actually managed a good start – his starts this year haven’t been good but he showed what he could do when he was there from the start – he simply dominating in a very impressive ride.

Jett Lawrence started fourth and moved into second to gain more championship points over his rivals. His bother, Hunter got a bad start but worked his way up to fourth. He’ll have to improve his starts though! 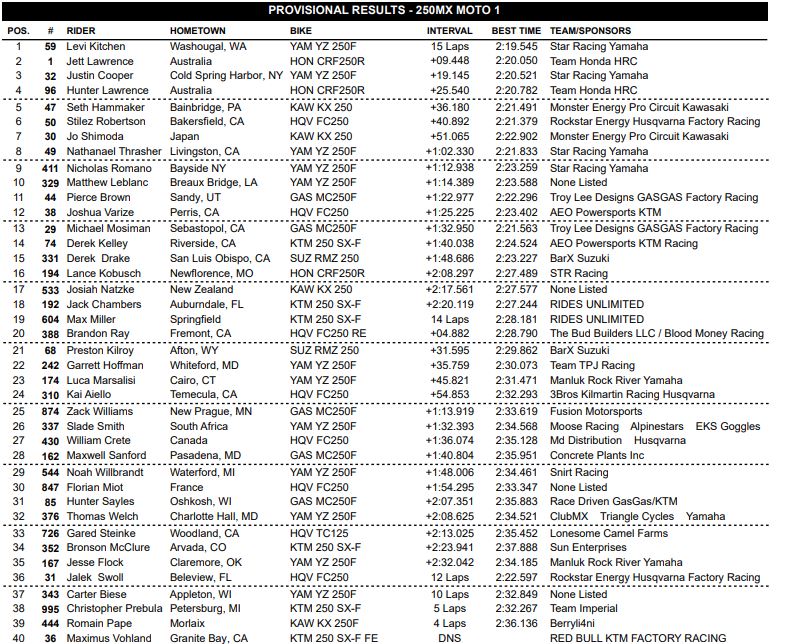 Hunter Lawrence FINALLY got a holeshot and edged away from his brother Jett to take the moto win but it was Jett who won then overall with a 2-2 result!

Levi Kitchen took a fifth after a first lap crash to back up his first moto win to get on the podium. 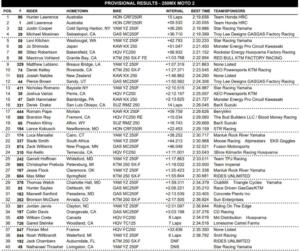 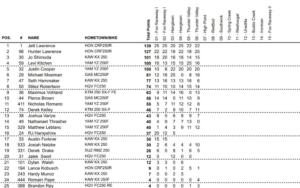