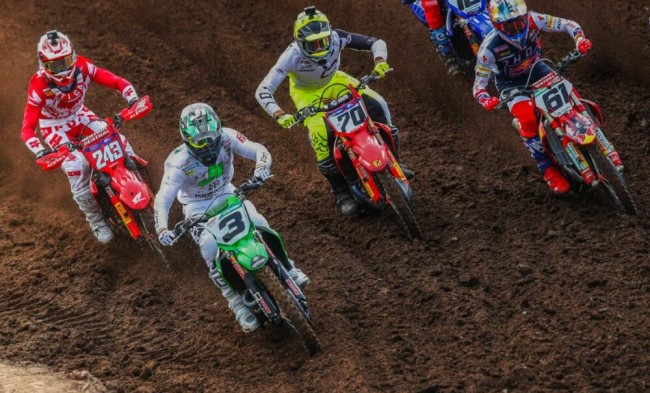 Jeremy Seewer took the holeshot in the MXGP qualifying race but had Romain Febvre close for company. It didn’t take the French talent long to pass Seewer for the lead and he rode superb in brutal conditions to take a very impressive qualifying race win.

Brian Bogers was behind Seewer for quite some time before putting in a nice aggresive move on the Swiss rider to come home in second ahead of Glenn Coldenhoff.

Calvin Vlaanderen was riding well in fourth and looking to move forward before a crash demoted him to tenth. 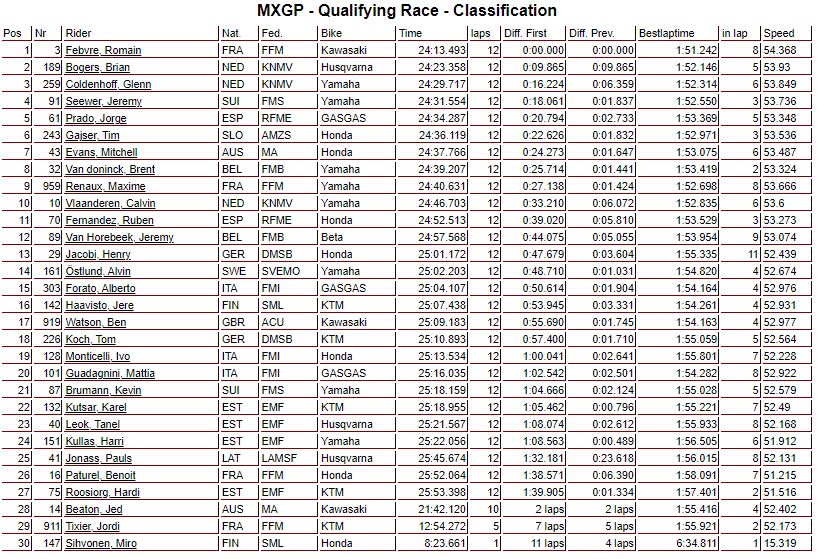