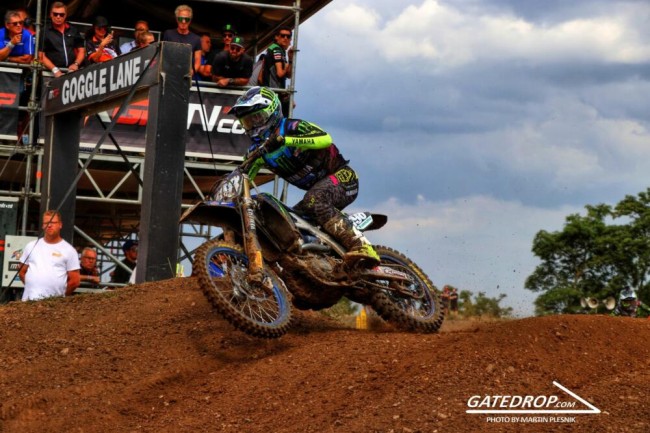 The MX2 qualifying race provided some good racing at a slick and tricky Loket circuit in Czech Republic. It was Andrea Adamo who grabbed the holeshot on his SM-Action GasGas but Vialle and Benistant quickly got themselves into first and second.

Vialle then lost the front and picked it up behind Jago Geerts who then crashed himself but was eager to pass the Factory KTM rider. Geerts made a nice move on Vialle and tried to get Adamo for second but just ran out of time.

Out in front, Benistant was immaculate as he continues to improve as the season progresses. 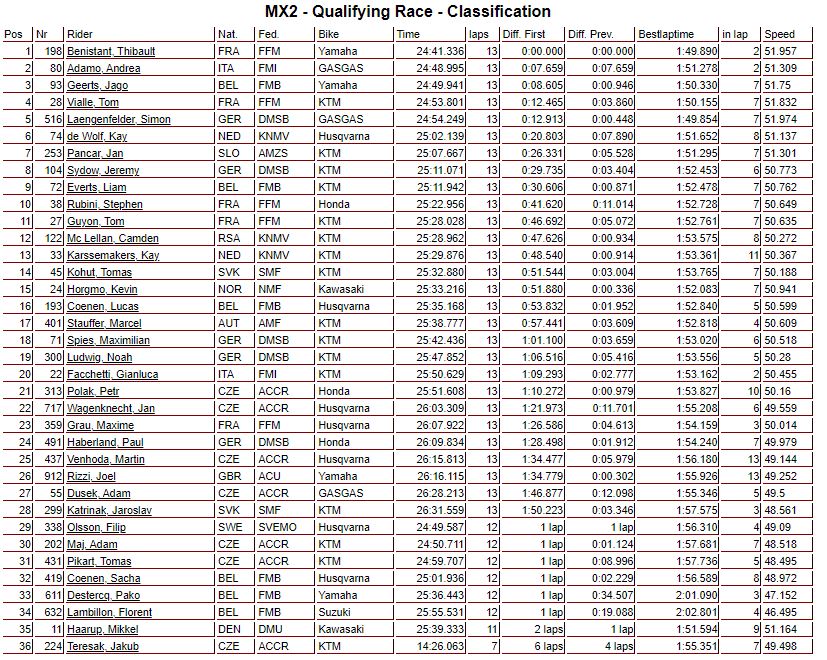