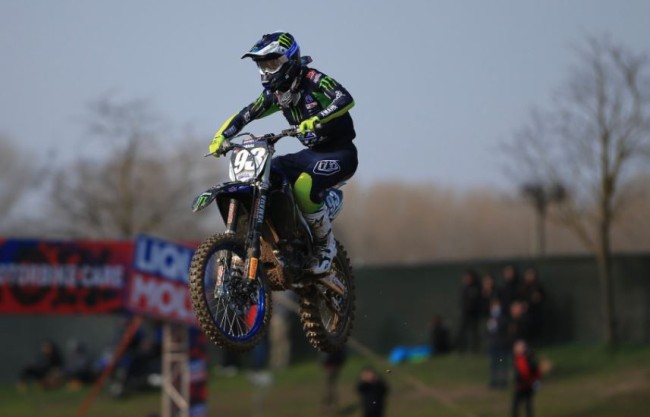 Jago Geerts grabbed the qualifying race win at the second round of the MX2 World Championship at Mantova. It was Simon Laengenfelder who took the holeshot but the Belgian was able to make a relatively quick pass to take the lead.

The main talking point was Tom Vialle taking Laengenfelder’s front wheel away in an aggressive move which also saw Roan Van De Moosdijk go down as he had nowhere to go and ran into the back of Laengenfelder.

Vialle was then content with second but with two laps go to had a small tip over. Kevin Horgmo rode brilliant to finish in third but was then docked five positions after failing the post race noise control.

Andrea Adamo gets promoted to third as a result of Horgmo’s penalty as the Italian had a great ride on his SM-Action GasGas. 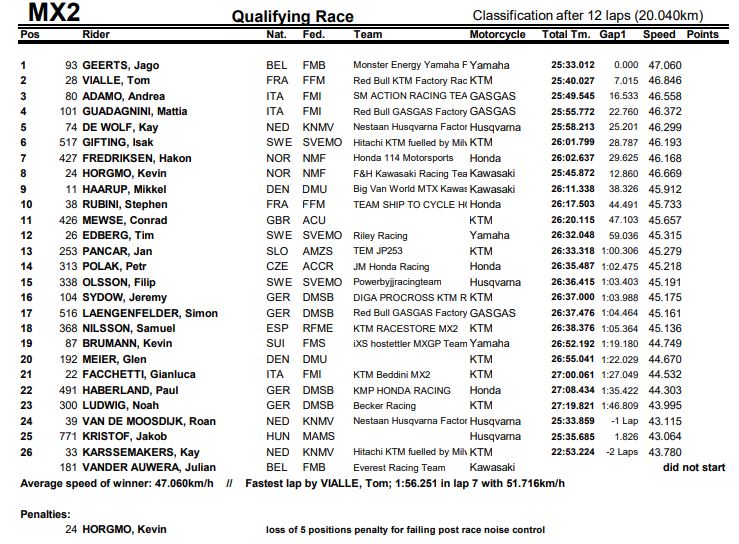