Jago Geerts will have the first gate selection in the MX2 qualifying race later today as he put in the fastest lap during the timed practice session ahead of Roan van de Moosdijk. Last weekends winner, Simon Laegenfelder went third ahead of Hakon Fredriksen and Tom Vialle.

Andrea Adamo is one rider to keep an eye on as it looks like he’s had a very strong winter as he put in the seventh quickest time but the times are very close.

In MXGP, the Spaniards were right at the front with Jorge Prado setting the pace ahead of Ruben Fernandez. Tim Gajser only managed fifth with Maxime Renaux twelfth but less than three seconds split the top nineteen riders. 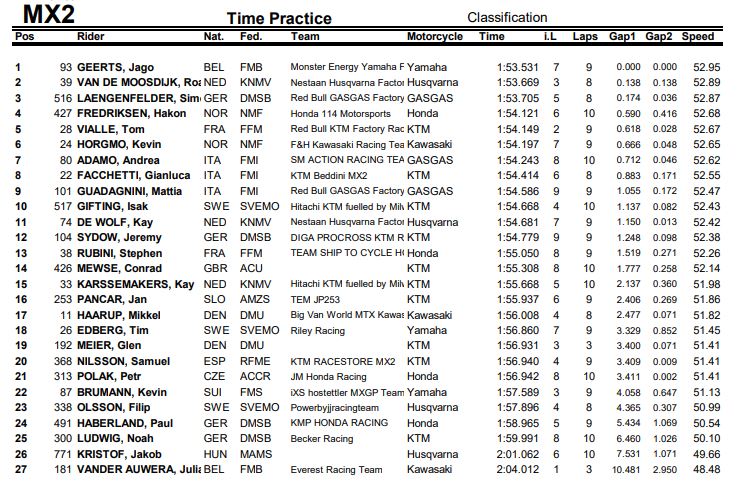 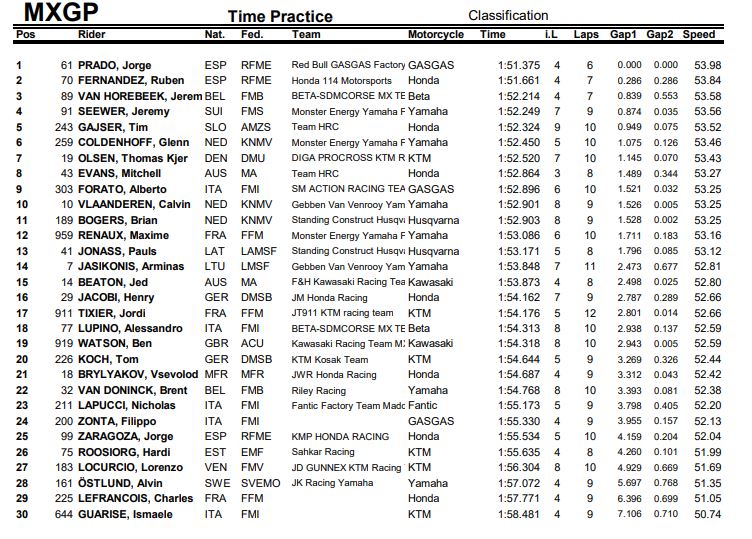