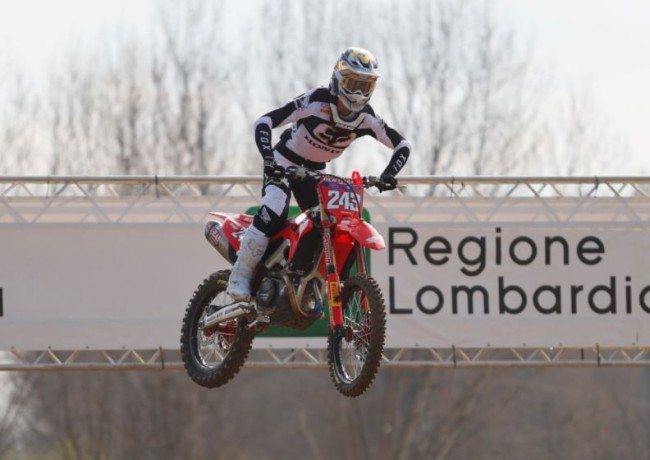 Tim Gajser made an early move on Jeremy Seewer to dominate to the qualifying race at Mantova. Jorge Prado who isn’t used to getting bad starts had work to do but ended up coming home in a solid third.

Thomas Kjer Olsen had a superb ride to finish in fourth on his Diga Procross KTM as he managed to hold off Maxime Renaux on the final lap. The French talent also suffered from a bad start. 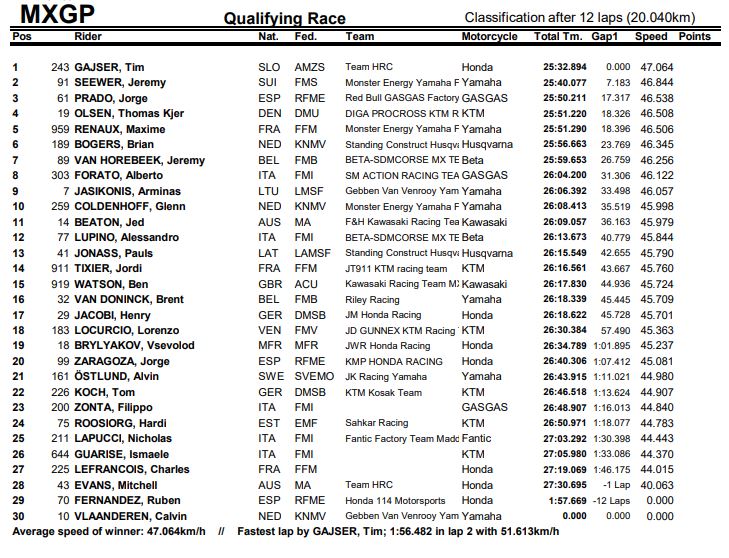