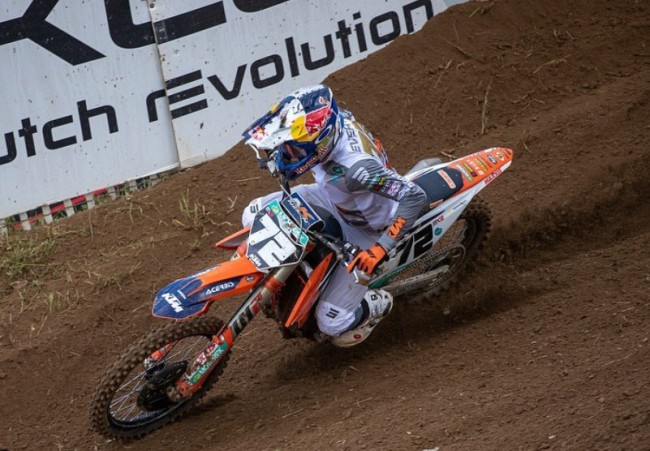 Liam Everts has re-injured the finger he broke at the opening round of the MX2 world championship series after his hard crash during the qualifying heat in Germany.

The young Belgian, who has been extremely impressive since his return, says he will miss the next round in Indonesia and that will give Everts a month to heal before hopefully returning to action in Loket on the 17th of July.

Everts said: “Gutted to tell you that after my crash on Saturday I have incurred a little crack in my middle finger on my old fracture. I will miss the next round of the Mxgp series. I’ll be back soon!”