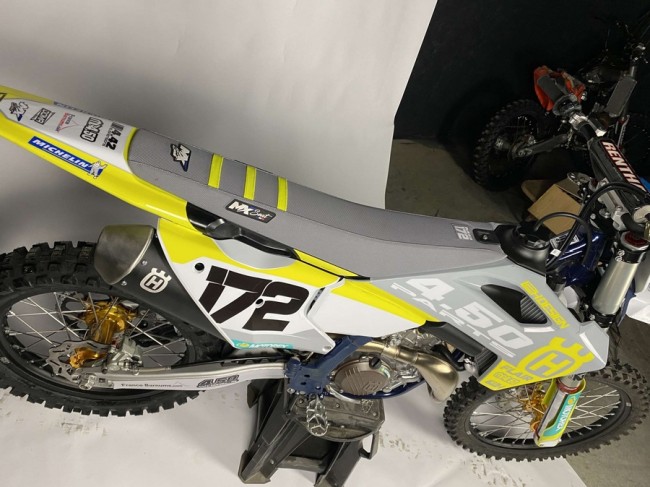 In some ways he is a forgotten man in the Motocross world but one rider that still has plenty of talent is Mathys Boisrame. It was at the start of the year that the French rider got the call to fill in for Jeffrey Herlings during the British Grand Prix at Matterley Basin. However, after crashing out of that and dealing with injuries for a large part of the season, Boisrame couldn’t really show what he is capable off.

The French talent will be racing the French Elite MX championship for the 2023 season and will ride for a privateer team, MB4.50 with backing from Husqvarna France so it’ll be a chance for him to get his career back on track.

“In 2014 I won a KTM Academy handlebar in Husqvarna colours. 2023 it will be it will be in French colours I will find you in the paddock of the 24 MX tour. Thanks to Eric Bernard and Moto Actions who will be by my side for this new season”, Boisrame revealed on social media.