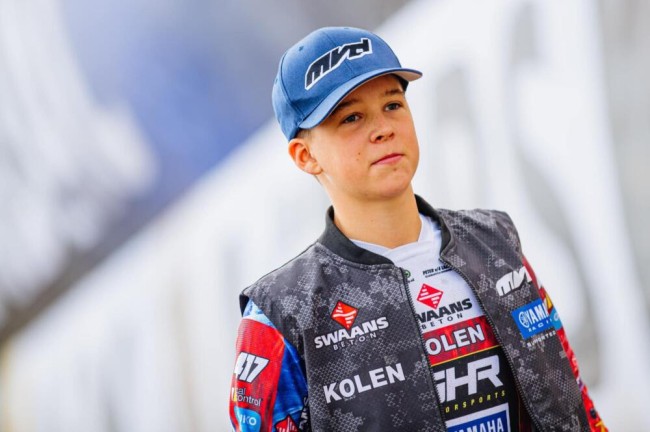 It was a good 2022 season for Jayson van Drunen in what was his last season racing an 85cc as he clinched the German ADAC 85cc title – he won by two points over Maxime Lucas in what was a great battle.

For the 2023 season, van Drunen has decided to make the move up to the 125cc which will see him focus on the competitive EMX125 series in what will be his rookie season in the class. The young Dutch rider will be racing against the best kids in Europe and some of which are rightly considered the best in the world.

Van Drunen will be with the SHR Motorsports Yamaha team and Peter van de Laar with Jan Hastenberg tuning his engines.

Despite being Dutch, van Drunen feels more comfortable in the hard pack conditions which is rare!

“I decided I just needed something new for 2023. It’s nice to make the move to the EMX125 class because last year on the 85cc we only had one European championship and this year we have a lot more so I’m looking forward to it. I think it’s a really cool championship and I’m glad I got this chance. On the hard pack I think I’m going to do really well but on the sandy ones I think it’s going to be a bit harder but we see this as a learning year. We will see what will happen in 2023, I will do my best”, van Drunen told GateDrop.com.