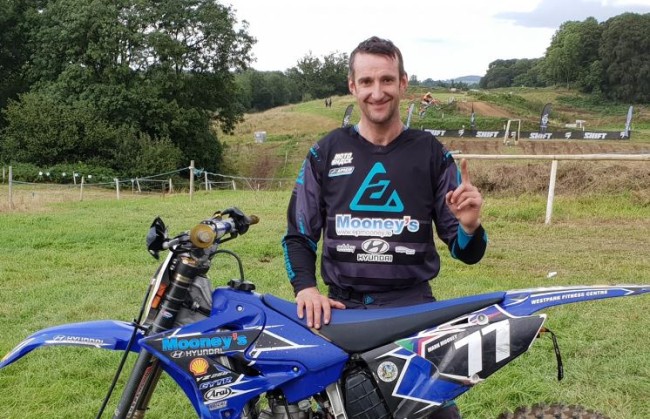 The manager is Mark Mooney.

Mark and his family are well known in Irish motocross for decades with his father Padraig being instrumental in the promotion and fundraising of youth motocross since the eighties. Mark is super competitive. He has serious credentials as an Irish Motocross rider with 9 domestic titles under his belt with two senior grade A Irish titles. He has been riding motocross since being a schoolboy, representing Ireland at the Coupe de l’Avenir and still competes every weekend available. He is the current Irish Over 35 Grade A champion and is now leading the over 35s Irish Championship and is super competitive.
Mark serves as Race director for all the races at the highly successful Dublin City Motocross Club and their Supercross championship attracts Ireland’s top riders.

The MCUI Commission wishes to thank last year’s manager, Mark Farrelly, who stepped in at very short notice to raise the funding and manage the Irish team under very difficult circumstances. Due to work commitments, Mark Farrelly is unavailable this year.

The Commission has appointed Laurence Spence to travel with the team as Jury member. Cailum Meara has done much prep work and research for the event and the Commission is happy with Cailum’s offer to help.

The Commission wishes Mark Mooney and his team good luck with all the fundraising and preparation work needed to travel to the USA.