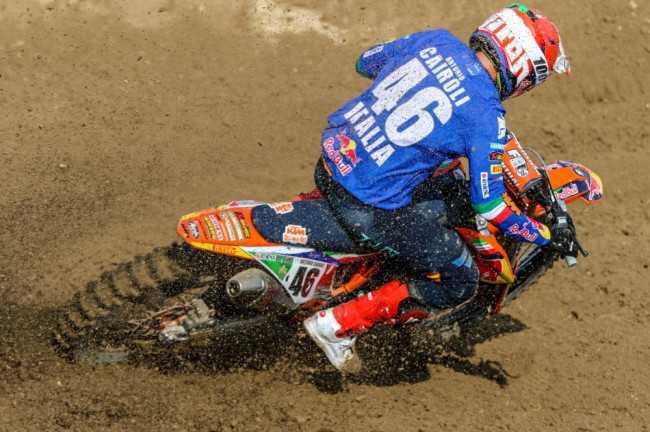 Talk about drama! Coming into the final race of the day it looked like a show down between Italy and Belgium but everything went wrong for the Belgians. Cyril Genot had a bad start but worked his way up to tenth before a bike problem resulting in a DNF, Brent van Doninck also had issues resulting in a DNF leaving it all to Italy.

However, TV footage revealed Alessandro Lupino cut the track after the first corner so the Italians expected him to get docked ten positions – he needed to pass Sabulis and this was after a big crash which seemed to affect him.

Lupino did make the pass and then did get docked ten spots so Italy ended up winning the event by one point over the Netherlands who didn’t have the best of days but still nearly won! Herlings dominated the final moto of the day as he won from Cairoli but the latter wins the event in what is his last appearance at the event after he announced he’d be retiring from MXGP at the end of the season.

Great Britain had a great day to end up third overall and were only two points off the win – Shaun Simpson rode his heart out after damaging ligaments in his thumb yesterday but he gritted his teeth to battle through the pain. Ben Watson had a superb day as well winning the MXGP overall ahead of Brylyakov who had a brilliant day.

Team MFR (Russia) were very strong all day and edged out France for fourth in a superb performance. 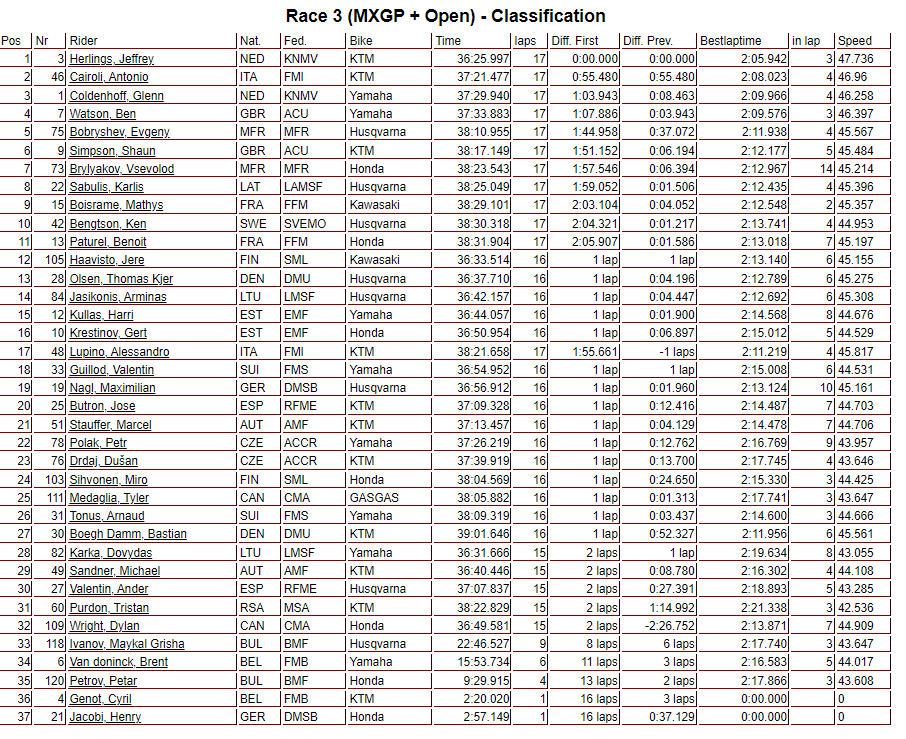 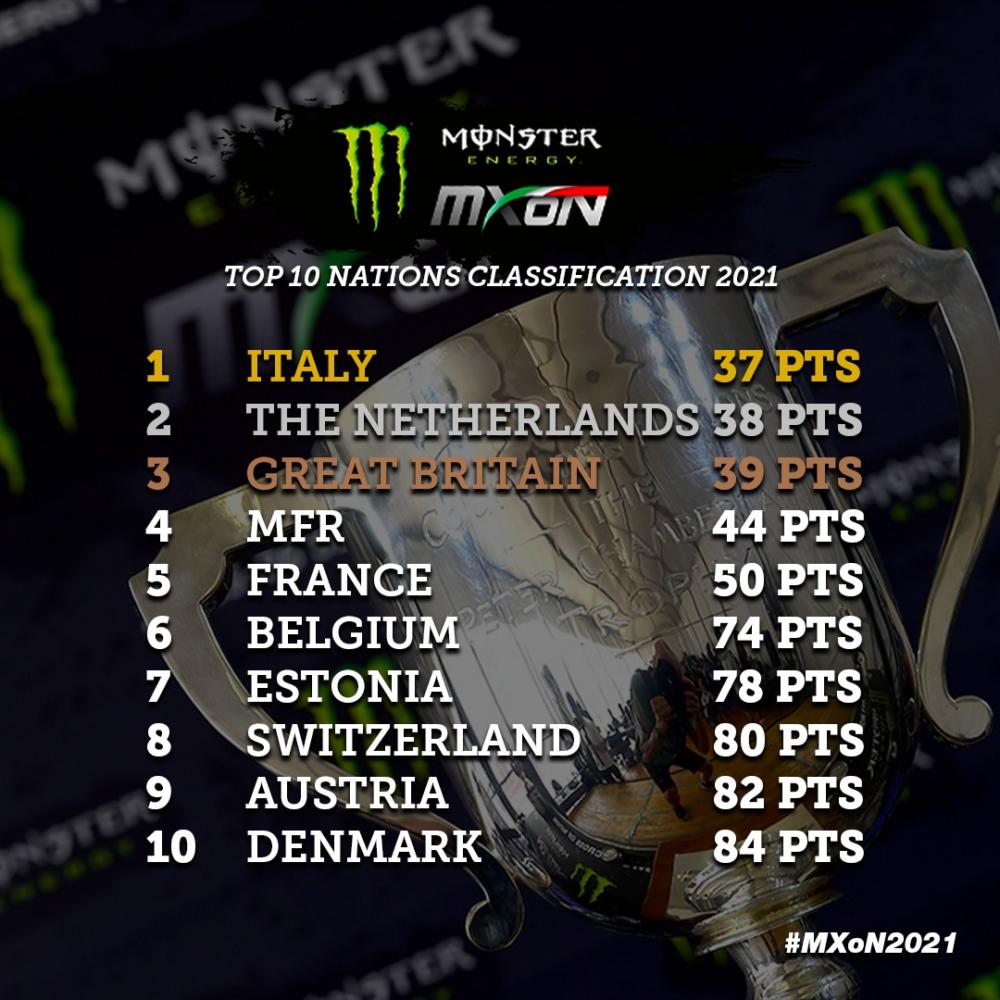