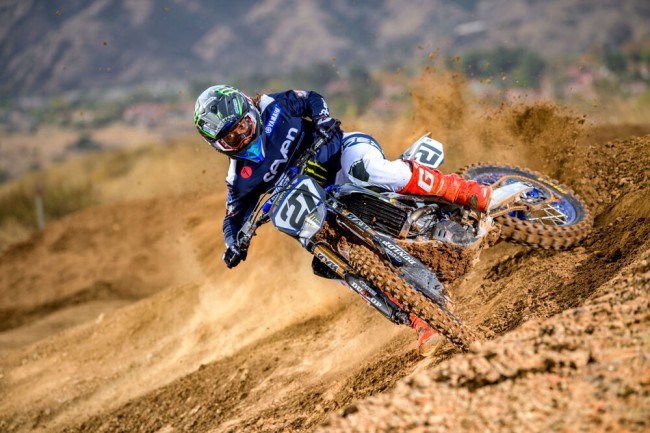 Malcolm Stewart says there is no animosity about his brother James working with Chase Sexton, who is now competing against his little brother!

“I’ve known chase from we where teammates on Geico, for us it’s not like we everything against each other, Chase is a good kid, of course he’s having my brother,” said Malcolm in the press conference. “For us we are all competition, my teammates or not once the gate drops its all about who can be out front.”

Asked if he turned James down as rider coach, Malcolm says it was really his dad who taught them and that’s who he would talk to! “At the end of the day the one who taught us was my dad if it’s anybody, it’s my dad.”

When it comes to riding for the factory Yamaha team, Stewart doesn’t feel he has anymore pressure and is looking forward to getting underway. “I don’t feel like it adds any more pressure. I had a really good off-season with the whole team. Honestly when I first got on the bike I adapted better than I ever had compared to any other bike I had ever ridden.

“For me I had a really good off-season, nobody really knows what’s going to happen for H1, it’s a new year for everybody the cool thing is we have fans so that’s going to be great to hear fans in a stadium again unlike Utah was.

“For us it’s really just about getting the racing going. For us we have had our bike in every position we can. We rode Hemet, Elsinore and the two test tracks we were able to ride so my bike works really good in all that, I am excited about how this season is going to go for us.”