Lapucci on his fantastic performance on the Fantic at Riola 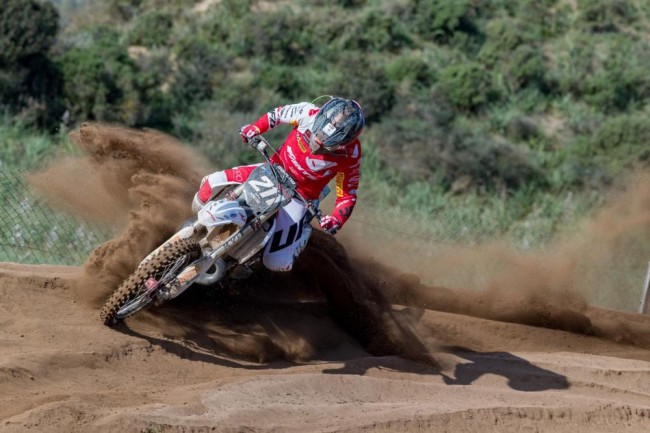 A fizzing Nicholas Lapucci had a stunning ride on the 250 two-stroke Fantic in the deep sand of Riola Sardo. The Italian went toe-to-toe with Jago Geerts in the MX2 moto then battled the 450s on his way to sixth and top MX2 machine in the Superfinal in what was an eye-opening performance for both man and machine.

250 two-stroke fans now have a modern hero to root for this season and the Fantic’s powerplant is clearly on point with Lapucci taking the holeshot over the factory MX2 machines to lead most of the race one until Geerts got by with two laps to go and then, to prove the starting prowess wasn’t a fluke, Lapucci got away in the top five in the Superfinal and held his own against the 450s!

An understandably delighted Lapucci exclusively told us about his day and performance: “It was great to start the season like this, probably the best way. The sand was for me a weakness but we worked hard and we did a lot of hours on these kind of tracks, so this made the result even more awesome. First moto took the holeshot and lead most part of the race but at the end Jago was pushing and I was a bit tired. In the Superfinal I had a great start, managed the third position for a couple of laps and ended up 6th with nice battles.”

“I’m really happy and motivated,” admitted Lapucci after a performance that instantly showed what he and the new bike are capable of. “I now head on Sunday for the second round. Thanks to all the team at Maddii racing Fantic factory, Fantic, sponsors and my family for always supporting me.”

Lapucci has always been great to watch with his enthusiastic style and now aligned with a Fantic two-stroke, he will be somebody everyone will be keeping an eye on this weekend!