Kehoe on Roczen: He will be ready! 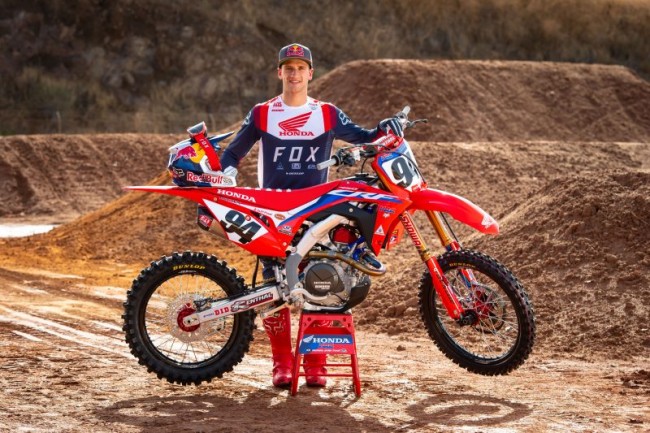 Honda race team manager, Eric Kehoe, gave some insight into the qualities he feels can lift Ken Roczen to the top of the supercross world. But it isn’t the talent or speed that Kehoe feels is Ken’s biggest strength, it’s his mind!

Speaking to Tom Jacobs, Kehoe said: “Right now, Ken, his biggest strength is his mind, he knows he can win in his head and he believes that. We know he has the speed and talent, we have seen that many, many times. I think this year was a breakthrough year for him because obviously his previous two seasons were plagued by injury. He needed some time to get consistent again and build confidence and get healthy. This year was exactly that, I think he gained confidence, in his mind he knows he can win and that’s what he is pushing for. I think this is just another step in the comeback story for Ken, and I think we will see another step ahead for this next season. His biggest strength is he knows he can win, so when it comes time and his body is 100% healthy and he is feeling it, he will be ready.

“He is very mentally tough, he wants it bad and I think he expects that from himself. He knows that he can win so that’s what he expects. There have been times with some very close seconds or thirds, that could have been a win and I can just see him getting very mad and frustrated because he believes he can win.”