Kawasaki or Yamaha for Roczen in 2023? 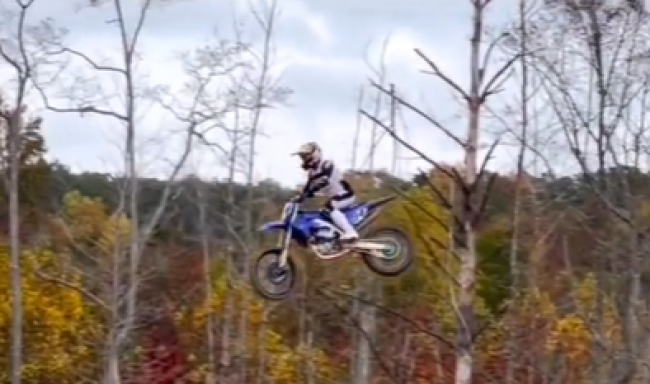 VitalMX are suggesting the Ken Roczen is likely to end up on Kawasaki or Yamaha for 2023 after the Gertman posted footage of himself testing the heavily hyped 2023 450 Yamaha,

Vital MX said: Will it be blue or green for @kenroczen94 in 2023? Decisions…decisions…

With Star Racing and the factory Kawasaki outfit both back by Monter Energy, the drink rival to Roczen’s career long sponsor, Red Bull, it brings into question if Ken will stay with Red Bull and a run private set-up with some high level backing or if the factory teams and Monster will find a way to bring him on-board.

I had heard from good people PC going to build him Kawi’s for 2023 but yeah, he was out at Club trying BLU CRUUUU, so maybe Club deal off to side w Fox gear, Red Bull deal? https://t.co/fmIZEizk7X

It’s a fascinating cross-roads in Roczen’s career who, let’s not forget, is the WSX champ in 2022, and will have a lot of global marketing value (as well as speed) for whatever team and company backs him for 2023.