Jonass ruled out of Lommel GP 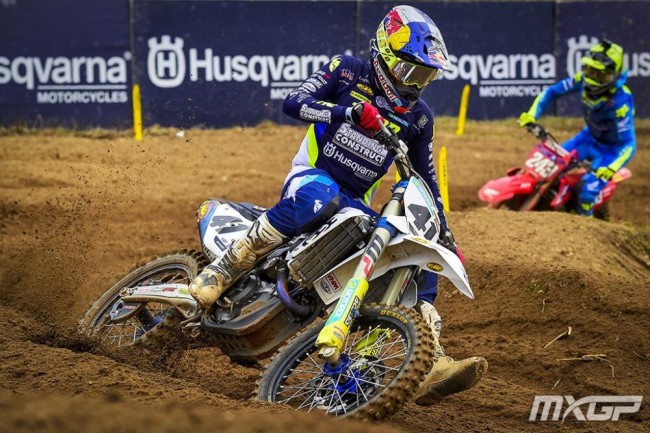 Standing Construct Husqvarna Factory Racing’s Pauls Jonass will miss the MXGP of Flanders, round 14 of the FIM Motocross World Championship in Lommel, Belgium, this weekend due to an unhealed wound on his right arm.

Jonass fell on the opening lap of race two at the MXGP of Czech Republic in Loket, where he sustained a severe cut on his right arm. Medical checks have revealed that the Latvian was lucky to avoid any nerve or muscle damage; however, considering the depth of the wound, doctors have advised the ‘41’ to avoid putting the cut at risk by racing this weekend.

Subsequently, Jonass and the team have decided to follow medical advice and will not participate in the Flanders Grand Prix.