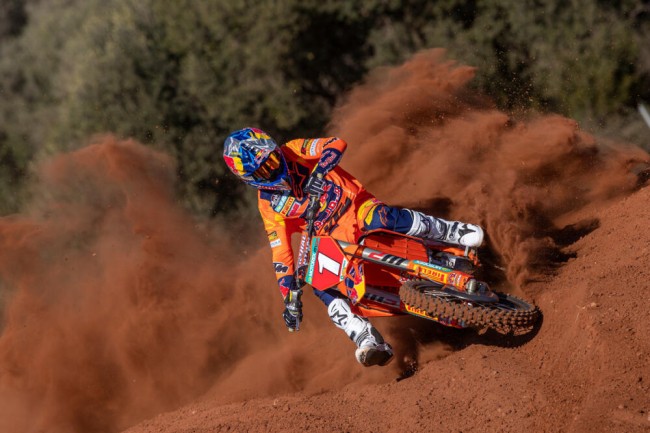 Andy McKinstry caught up with Dirk Gruebel in Portugal to get the latest on Jeffrey Herlings injury and the chances of him racing the US Nationals – and it certainly wasn’t ruled out!

Dirk said: “I mean we would like that Jeffrey is back but he’s still recovering and it’s a bit slower than expected. It is a difficult bone that he broke, he’s just off the crutches a bit and now the rehab starts. Of course, the season is going on and every week there’s a race, we were anticipating him back here but we need to wait and be patient.

On racing the US motocross series Dirk didn’t shut the rumours down, admitting he doesn’t know where he will race yet but he would prefer him to stay in MXGP: “There’s a lot of rumours and nothing is confirmed like you say. We don’t know either – I would love him back here because this is the series, and this is the team of course.”

We discuss the prospect of Herlings racing AMA motocross below: