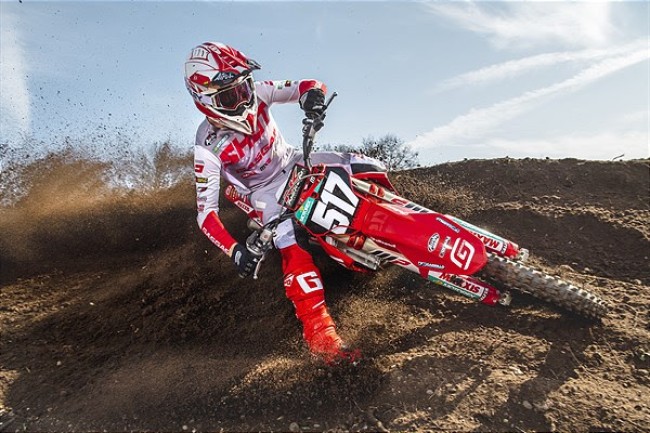 Isak Gifting has revealed that he crashed a few days before the opening round of the MX2 World Championship which meant he wasn’t 100% in Russia. The young Swede then crashed in both moto’s which was a shame but in race two he got hit from behind so it could have been much worse.

The Factory GasGas rider is now back in Sweden but is looking forward to round two of the series at Matterley Basin.

“I’m sorry for being silent this last week, been a though one. Just a few days before the start of the gp’s in Russia I had a crash and hit my foot. The MRI Scan showed 3 fractures and a torn ligament, felt somehow not too bad so decided to race. Weekend went sh*t with me going down both motos, really hard in the second one. Fortunately I am fine.
I’m now back in Sweden checking up my foot further and it seems like some of my injuries could possibly be old, not 100% but anyhow it feels a lot more positive now then before Russia. There is also one technical thing on the bike we are working which I hope we can solve for next race. This is not the start I wanted and I will do everything I can to turn it around for the next round in the UK. Thanks for all the messages and support”, Gifting stated on social media.

You can see Gifting’s nasty crash in race two below: