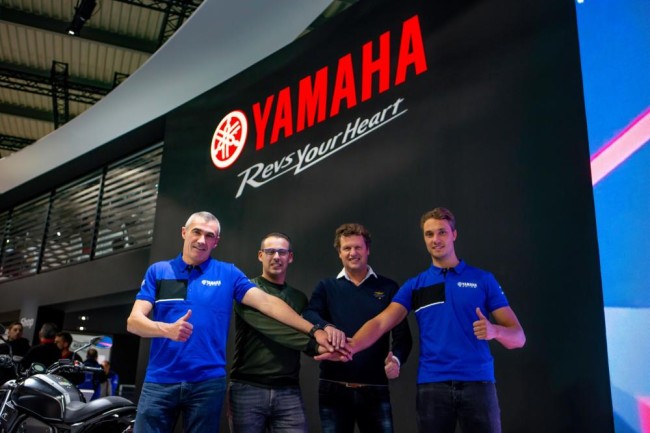 The 2020 season was a big change for the Gebben Van Venrooy Racing team as not only did the team change manufacturer from Kawasaki to Yamaha but they also decided to run a three rider line up to take on the MXGP World Championship. The Dutch based team is a privateer setup but have a great rider line up in the form of Alessandro Lupino, Calvin Vlaanderen and Thomas Covington.

The opening two rounds of MXGP didn’t go as well as the team would have liked but perhaps the break in the calendar due to the COVID-19 pandemic came at a good time for the team as it gives them more time to prepare heading into the rest of the season.

We caught up with Ruud van Venrooy to discuss the teams switch to Yamaha, the start of the MXGP season and more.

Gatedrop: Let’s go back to last year. The team ran Kawasaki and had done so for a number of years. Was it a difficult decision for the team and everyone involved in the team to switch to Yamaha?

van Venrooy:  We had some good years with Kawasaki and all was working well so it was a difficult decision to make to switch.

Gatedrop: How did the opportunity come to switch manufacturers to Yamaha?

van Venrooy: Yamaha Holland had mentioned a couple of times to us during the past few years that we have to go back to blue,  we are the biggest Yamaha dealer in the Netherlands. Last year Yamaha Holland & Yamaha Europe made us a proposal that made us to decide to switch.

Gatedrop: Most teams only decided to run two riders but for 2020, Gebben Van Venrooy Racing decided to run a three rider line up. Was it difficult to make that happen with getting budgets etc?

van Venrooy: First it was not our intention to run a three rider MXGP team. Calvin came up that he still had no place to ride and that was a shame as he was a top MX2 rider and has a Dutch Nationality. We also know he can be a good MX1 rider so we sat down with some sponsors and Yamaha and decided to give it a go.

Gatedrop: With a rider line up of Lupino, Vlaanderen and Covington, everyone involved in the team must have been happy with such a strong MXGP rider line up?

van Venrooy: As a privateer team this line up is very special. We (involved in the team), all the people and sponsors involved are very proud of it. 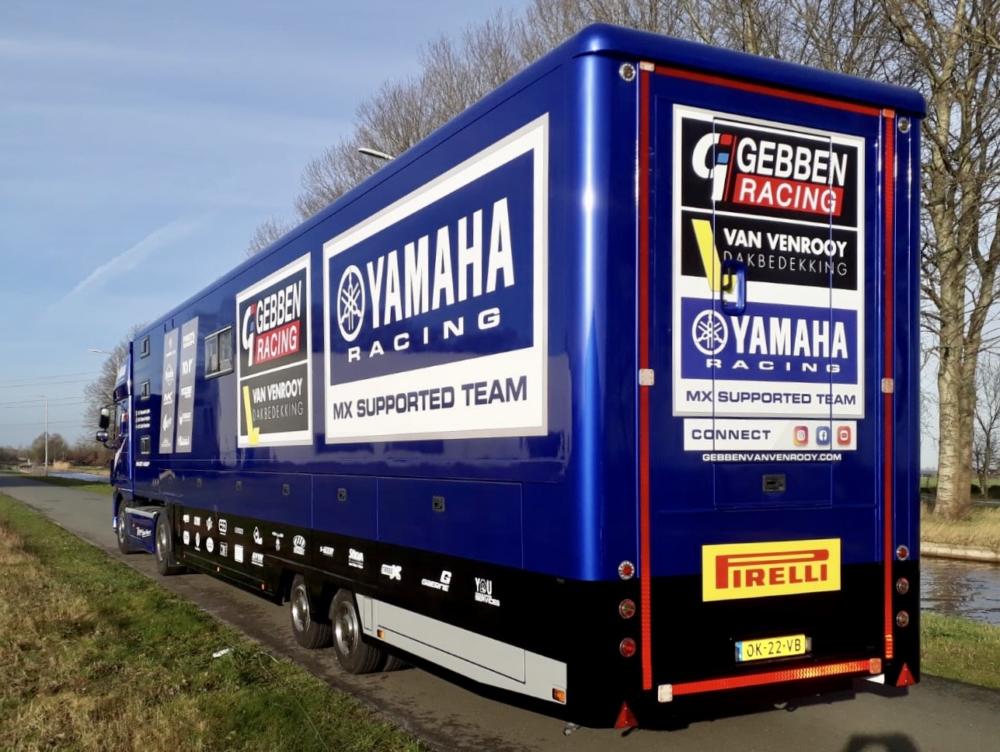 Gatedrop: On Vlaanderen, an injury meant he didn’t have much bike time at all coming into Matterley Basin but considering that the speed was okay. The break due to COVID-19 is probably a good thing for him as everyone will start from zero again..

van Venrooy: Indeed he missed a lot of bike time so the COVID-19 break give him time to get in good shape again. Now getting some bike time again will make him stronger by the day.

Gatedrop: Covington didn’t have much bike time either so he’s in a similar scenario to Vlaanderen I would say!

van Venrooy: Thomas has a longer way to go than Calvin because he missed out pretty much the complete 2019 season. This break was good for him to do some physical training and next week he can start riding again so this break is definitely a plus for him to get back to the gate in better form.

Gatedrop: The decision was made at Valkenswaard that Covington wouldn’t race, why was that?

van Venrooy: It was a decision made by Thomas that he was not ready enough to compete at this level and we give him time from that point to work hard to come back whenever he is ready.

Gatedrop: Valkenswaard was a disaster for the team with bike problems – have the team been putting in the hard work since then to make improvements so things like that don’t happen again in the future?

van Venrooy: It was a disaster in Valkenswaard to be honest. We did a lot of test work during the winter in all conditions and didn’t have any of these issues. We pretty much found the small problem which caused it and all is now solved. Since the outbreak of the COVID we kept on working on the engine and made some good progress.

Vlaanderen recently got back on the bike! Pic: Niek Kamper

Gatedrop: How have all three riders been to work with? Lupino helped get the Kawasaki up to a good level so his experience will be valuable throughout I’m sure!

van Venrooy: All riders are good to work with, it’s a nice group of riders – let’s say a good mix. Lupino does all the test work on the engine because there he has all the experience so he is important to us. This helps the other riders as well on set up.

Gatedrop: It’s difficult to ride in the UK at the moment with not many tracks open whereas things are looking better in the Netherlands. Will Covington be coming to the Netherlands soon to put in the laps?

van Venrooy: It is indeed difficult for Thomas to train on the bike in the UK. This week he can travel with a permit and can start riding again. This won’t be possible yet in the Netherlands. He is checking out now where he can go to start up his program on the bike. The more time he can spend on the bike the better it is for him. 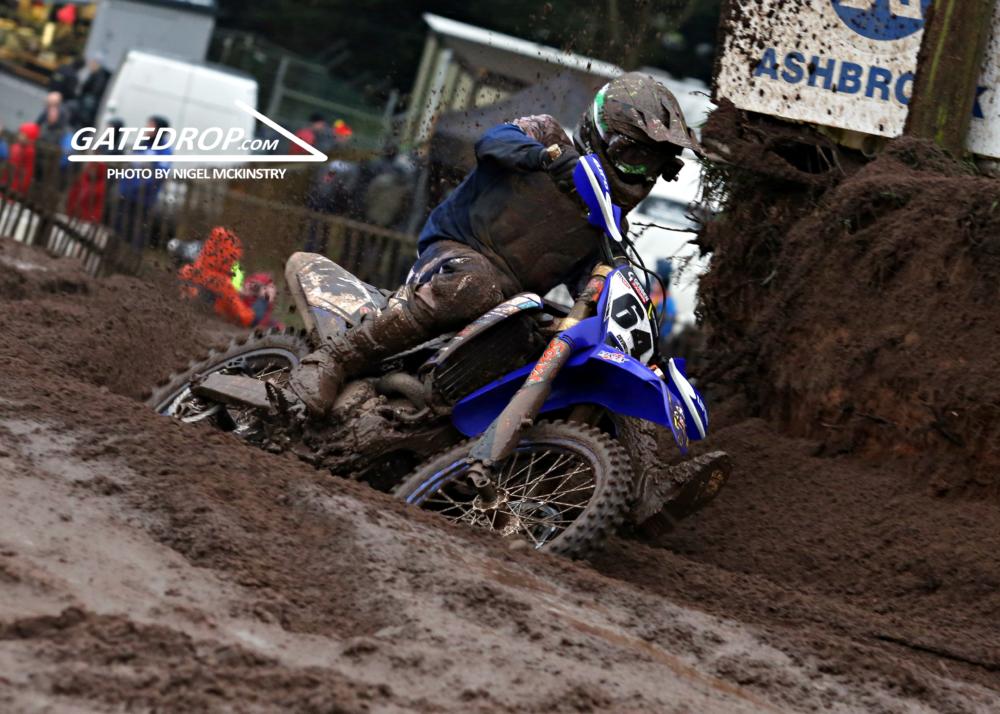 Gatedrop: Has the COVID-19 pandemic had much an affect on your team in terms of sponsors/budgets etc?

van Venrooy: Well, the COVID-19 has impacted on our team and sponsors/budgets. There’s many that are from the industry and they had a halt in production and selling as well. I think pretty much all teams will have an impact regarding this matter. We have to see how it all goes when the new calendar will be out.

Gatedrop: I feel that for the 2021 season, riders might have to take salary cuts to secure rides, it might also be tough to run a three rider team but hopefully that ends up not being the case..

van Venrooy: For 2021 we do not know how it will all be. First we have to see how this season will finish. No talks have been done yet for 2021.

Gatedrop: Hopefully we can get back to the GP’s soon, I’m sure that’s what the team wants as soon as it’s safe to do so..

van Venrooy: We all want the be at the gate again but it must be safe to do so indeed.