Interview: Ruben Fernandez – I never imagined having the red plate! 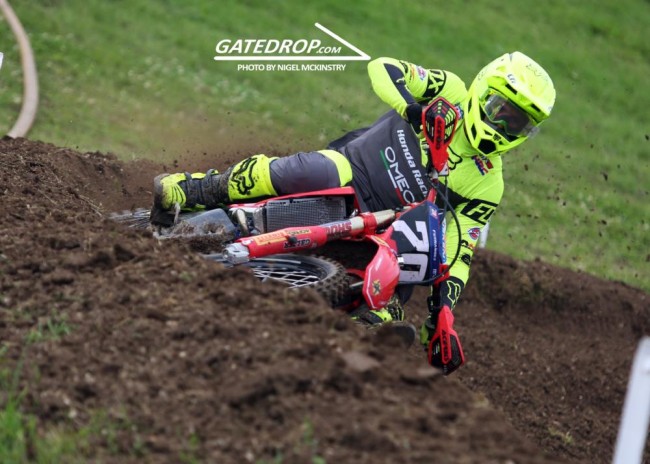 What a start of the season it’s been for Ruben Fernandez and the 114 Motosport Honda team. Team manager, Livia Lancelot was impressed with the Spanish talent last year and decided to snap him up for the 2021 season and it’s already looking like a great decision.

Fernandez has been on the podium at both of the opening MX2 World Championship rounds and has the red plate heading into round three so we decided to catch up with him to get his thoughts on his season so far and much more.

GateDrop: Ruben, the second GP of the year and the second podium for you – you must be over the moon with how the season has started?

Fernandez: Definitely. It has started on a good way with my first ever podium and we’ve continued with another podium. This weekend didn’t go as planned at Matterley Basin, especially the second moto as I made the race way more difficult than it should have been.  I had a little mistake first lap and had bad starts in both moto’s, I had to come all the way from behind and fight a lot to come through the pack.

GateDrop: You’ve been very consistent so far this season, the most you’ve been in your career so far. You must be happy with that?

Fernandez: We have been working on my weak points like the starts and stuff even though the starts weren’t as good this weekend. It’s something we are working on and I’m also working on my consistency but last year I wasn’t because I didn’t have a competitive bike like this year. Last year I always had to be more on the limit to be with the other guys. 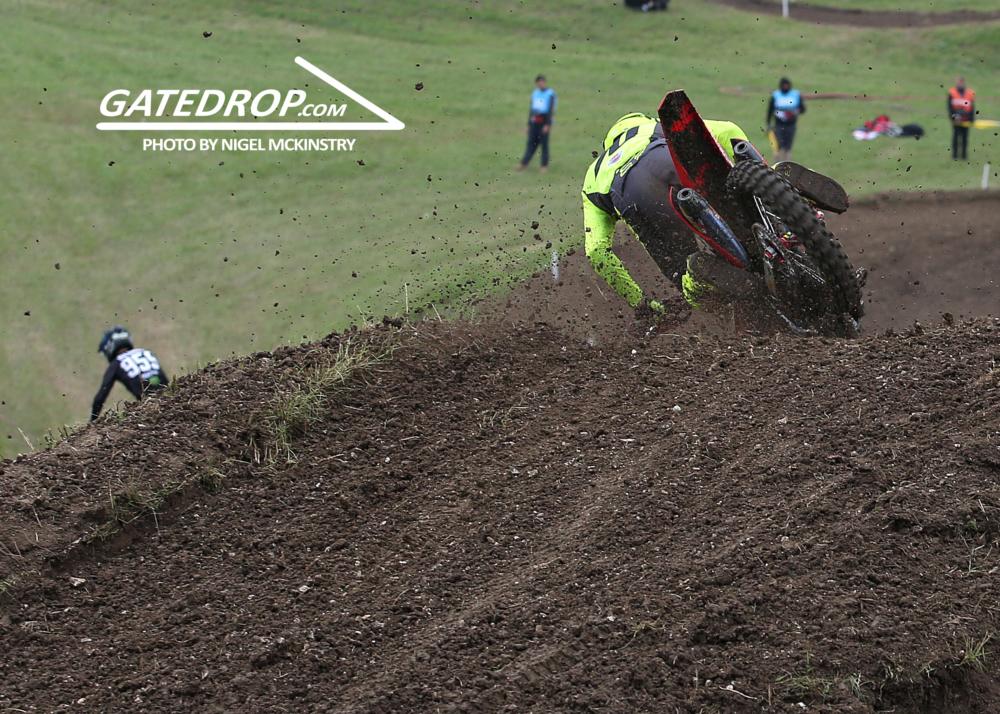 GateDrop: How good does it feel to actually have a competitive bike and get better starts? It makes life easier!

Fernandez: For sure, I know that if I can start in the top three that the race will be much easier and that I will be at the front. To come from the back is complicated and especially this weekend because the track wasn’t as good to pass, it was difficult to make a difference with the other riders. Everyone was kind of running the same speed, they didn’t rip the track that deep because they expected a lot of rain so fair enough but it meant it was hard to pass. 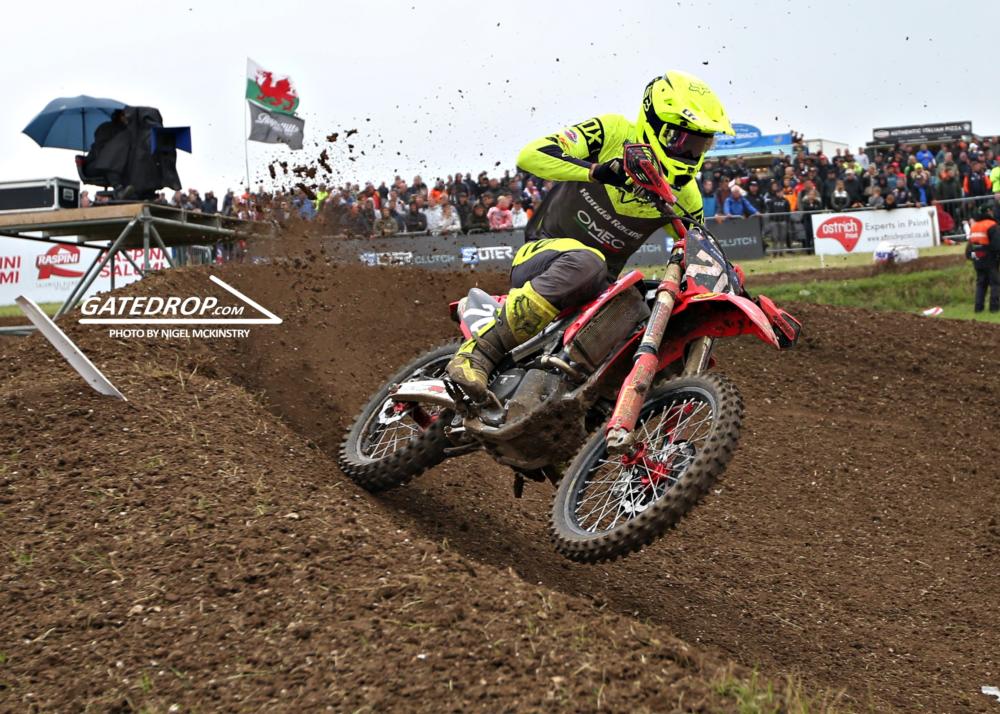 GateDrop: Have you maybe surprised yourself so far this season? I know you didn’t have the equipment last year but even still to get two podiums from two is impressive!

Fernandez: No I didn’t surprise myself, I’ve done some pre-season races and they all went well. I knew were I was able to be so I went to Russia knowing that I could be up there at the front and especially if I got the good starts.  This weekend I didn’t get the good starts but I still made it to the podium anyway. I had to fight a little bit more than Russia I would say but we knew how hard we’ve been working during the pre-season and knew we were capable of running in these positions.

GateDrop: To have the red plate at this stage in the season doesn’t necessarily mean all that much but at the same time it must feel like a dream come true?

Fernandez: I would say I never imagined having the red plate, it really is something. But I don’t focus much on that. It’s cool and the bike looks better than the red plate but it doesn’t really mean anything to me now. The championship is really long and I just want to go race by race and focus on the races in front of me. It’s really cool to have the red plate and to be leading the championship but it’s a long way so we have to keep focused for every race. 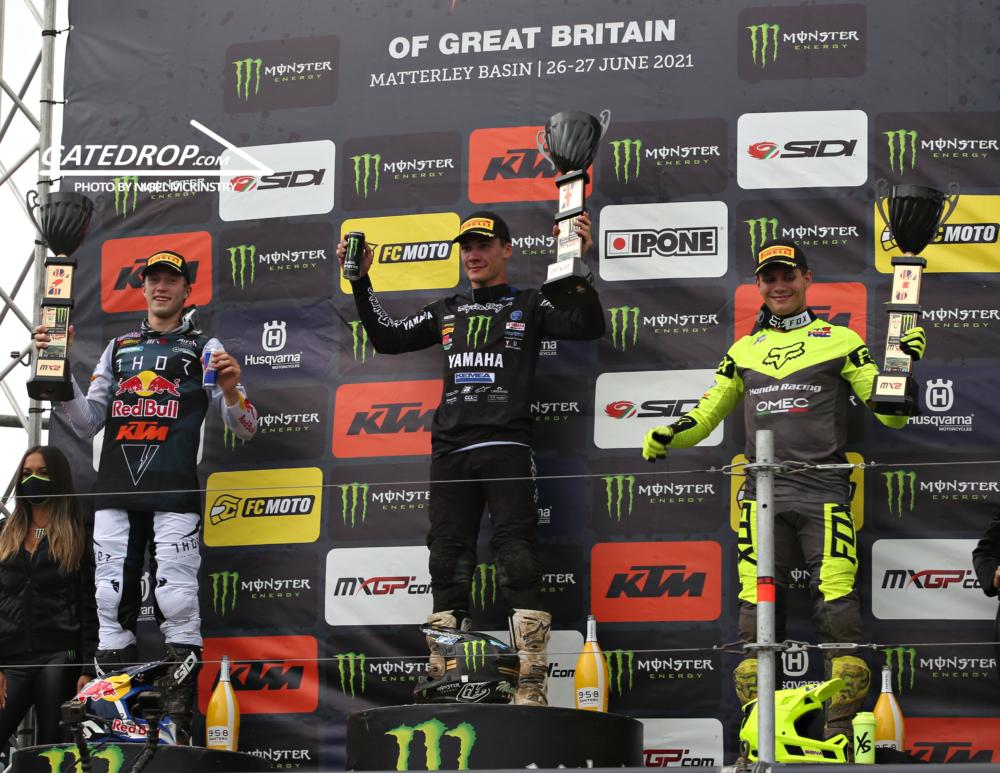 GateDrop: There’s one more hard pack to go before a couple of sand races, how do you feel riding the sand?

Fernandez: I’m cool with it. I’ve spent many years in the Netherlands on a Dutch team so I am capable of good results in the sand so I will go for it.  Having a weekend off after Italy is good because we can ride lots of sand but I can do the same results in sand as hard pack. I’m not scared of it and I will go all in for those races as well.

Listen to our review of the British GP here on iTunes or on Spotify or YouTube below: