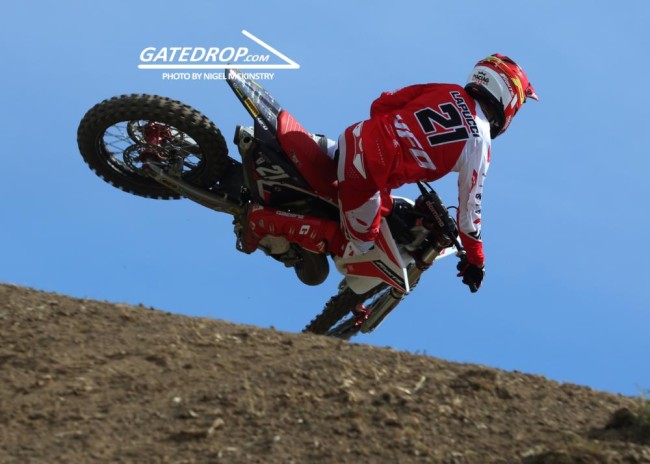 Coming into the EMX250 season, Nicholas Lapucci was one of the heavy favourites and he certainly didn’t disappoint on his Fantic Factory two-stroke. The experienced Italian had the perfect weekend going 1-1 after setting the quickest lap times in qualifying.

Lapucci looks very comfortable and fast on the Fantic and is going to be hard to beat for the EMX250 title but as we all know anything can happy in this sport.

We caught up with Lapucci to discuss his dream to start to the EMX250 campaign at Matterley Basin.

GateDrop: Nicholas, it was a dream start to your EMX250 championship here at Matterley Basin, it couldn’t have gone any better! Can you talk me through your moto’s?

Lapucci: It was just unbelievable. I have no words to describe how I feel, it’s just the beginning of the season and just the first race of the EMX250 series. It’s really good to start like this with the perfect weekend. I did first in free practice, first in timed practice and first in both moto’s. I took the gap I needed to bring it home and I am really happy. I want to say thank you to Maddii Factory Fantic, my sponsors, my family who believe in me and support me all the time.

GateDrop: In the pre-season races and Italian Championships, you’ve pretty much performed the same so it maybe doesn’t come as a big surprise but to do it at this level, does it feel even better?

Lapucci: Sure, we knew we had the speed but the European Championship is one step more so I am happy I showed my speed here to go 1-1. 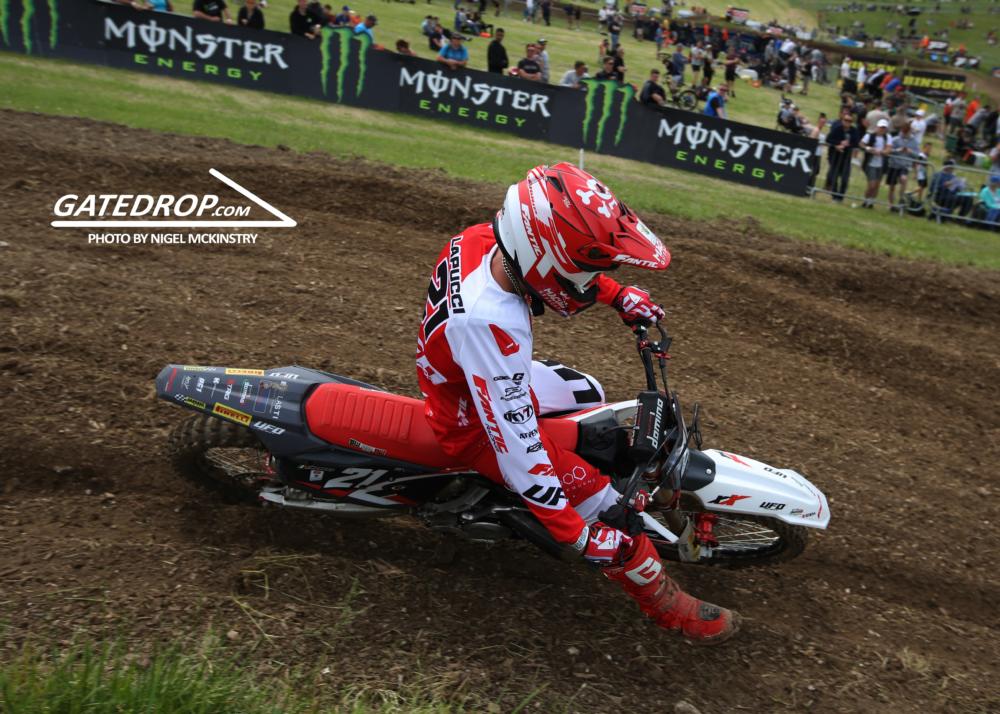 GateDrop: You’ve raced a four-stroke for a number of years now, how has it been adapting to the two-stroke Fantic?

Lapucci: The last timed I’ve raced a two-stroke was 2013 so it’s been a long time since I’ve rode the two-stroke. I am really happy with how I’ve been riding in the International Italian Championship, Italian Championship and the EMX250 series. I have the Italian championship red plate and now the European series red plate. It’s just an awesome bike and I feel really good on it. For sure, sometimes in the hard pack, it’s not the best option for the two-stroke but we’ve worked really hard for every condition. Today, it was perfect at this kind of track.

GateDrop: You’ve been getting so many holeshots, just how much easier does that make it starting right at the front? In the second moto Horgmo closed the gap down but did you feel you always had it under control?

Lapucci: For the second moto I changed my gate, I saw one guy in the first moto braked too hard and he went too far on the outside so I decided to break a little bit earlier and the riders from the outside came a little bit faster. I heard them but I didn’t care because I had the inside for the corner. But the starts don’t make it any easier like people say, there’s not any technology on the bike, it’s just a clutch and myself. For sure it’s a good bike and the engine is there but we did a great job with the Fantic Maddii team. We’ve been training hours and putting in the hours – training and more training. 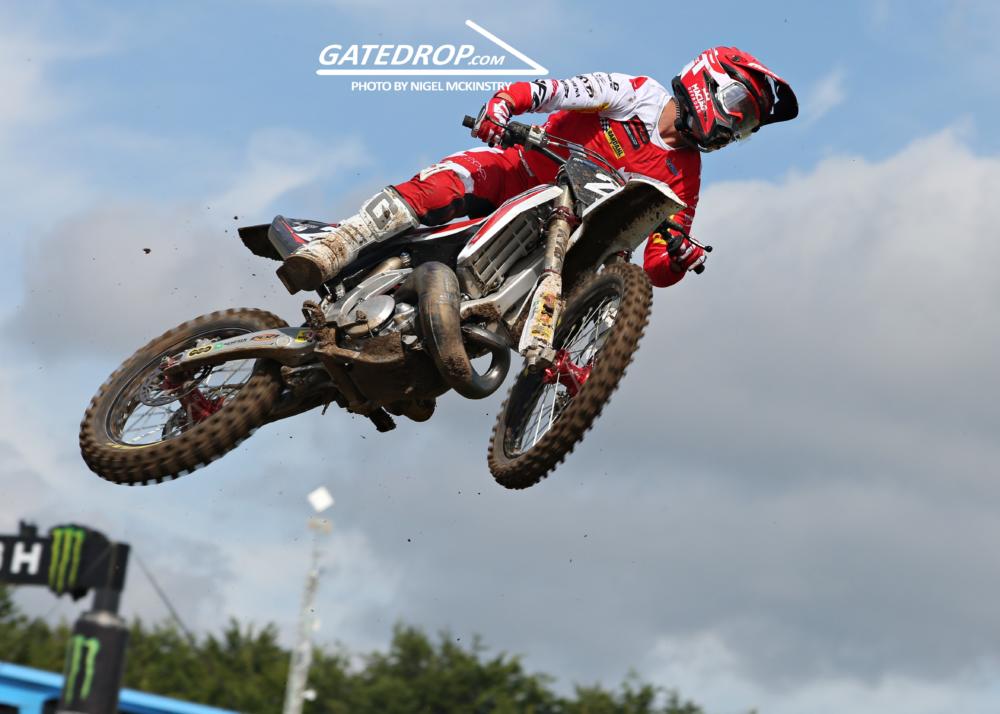 GateDrop: Is the plan to race the two-stroke for the whole season or is there a plan to maybe switch to a four-stroke?

Lapucci: For the moment we will focus on the two-stroke. For the whole season I think I will race the two-stroke. Where we end up in the Italian and European Championship, we will see for the rest of the races.

GateDrop: I believe this is your last year to race the series due to your age so I guess this year is all about putting yourself in the shop window for a good MXGP ride in 2022?

Lapucci: Yes, it is my last year. We are talking for the next year already but let’s see. We take it race by race and for the moment it’s too early. I will just enjoy todays win and then for the rest we will see.