Interview: Rick Elzinga on heading to America to race an AMA National 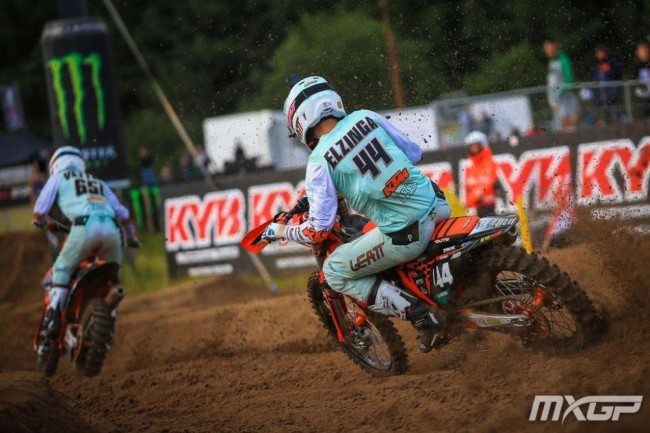 It’s an exciting time for young Dutch talent, Rick Elzinga who is heading to America to race an AMA National. Elzinga has been having a great season in the EMX250 championship but with a break in the calendar he’s got the opportunity to go to America and he’ll race the eleventh round of the AMA National series taking place at Fox Raceway.

If things go well, Elzinga hasn’t ruled out racing the final round of the series either as that takes place the week after at Hangtown so hopefully things can come together for him to contest two rounds of the championship before he comes home and focuses on the EMX250 series once again.

We caught up with Elzinga to discuss this opportunity and more!

On how the opportunity presented itself…

After you guys at GateDrop.com published the interview we did after Oss, MXMag.nl also posted an article and word started to spread that it would be a shame that this kind of talent could go to waste. MXMattii posted it on Vital MX that I was looking for a ride and then Brent Norman, the guy I will go to in America said I could ride his 450cc because he’s injured at the moment. I said I would love to come over but I didn’t think it would be a clever idea to ride a 450cc. After he arranged some stuff, we got a stock 250cc sorted. The COVID-19 stuff is really difficult in USA at the moment so after sorting that out, it was more clear that I would be able to go.

I asked Tom Steensels from TBS-Conversions and he was really happy and thinks it is really nice. He is also helping me with some stuff as well like the suspension, handlebars and seat etc, this kind of stuff I can bring over thanks to him. I asked my friend Robert Fobbe, if he would come with me to help and be my mechanic for the weekend and he said he’d love to come. After a while some people came to know about it and I was able to get my tickets sponsored through Fobbe Campers, they were pretty expensive so that is really nice.

On when he goes to America…

I will travel to America on Friday (today) and for now I will only race the National at Fox Raceway (round eleven of the series). I will do some training there before the event because it will be around forty degrees so it will be really hot. On the 4th of September I will have the AMA National at Fox Raceway. My plane back to the Netherlands is on the 7th of September but it depends, maybe I can do the last round at Hangtown the week after. It’s around 800 kilometres away, for USA that’s not a lot so maybe. We will just see how things are going.

On the opportunity itself…

It is fantastic to have this opportunity to race in America, it feels a bit unreal as it’s always been a bit of a dream. I think most people have an American dream. You can see Motocross in Europe is getting a bit smaller considering the KTM changes that are coming. There’s a lot of team changes and sponsors etc that’s changing. USA is staying similar, it isn’t shrinking because the sport is bigger there.

My expectations? I don’t know really.  The pace is really different there, I think they are more attacking over there I guess but we will have to see. I really don’t know but we will see how things will go, I can’t wait.

Podcast! Jonathan McCready and Andy McKinstry discuss the current MXoN predicament, plus team USA and team Ireland, the AMA National at Budds Creek plus the UK MX Nationals.  Get it on iTunes here or Spotify and YouTube below: