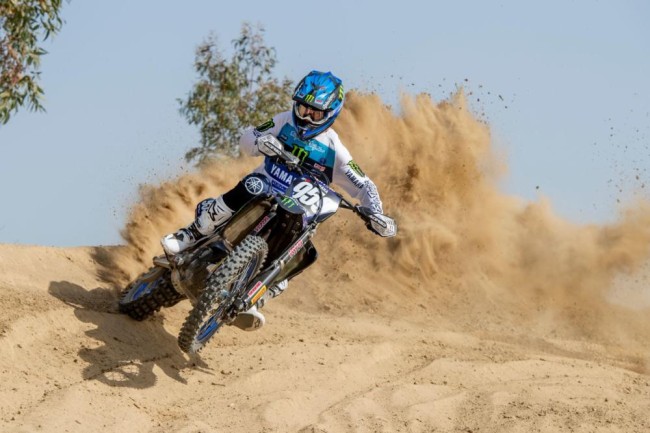 Year by year progress has left the talented Maxime Renaux getting steadily closer to being a world championship threat and 2021 could be the year Renaux is ready to go for his first world crown. Hear how the Kemea Yamaha rider is feeling ahead of the start of the MX2 world championship in Russia this weekend.

Your year didn’t start that well. You dislocated your shoulder in Riola Sardo in February. How are you doing now? “Oh, that’s in the past. My shoulder is completely healed after a good rehabilitation in Belgium. There’s nothing to worry about anymore. I can ride my bike again like before. I’m hundred percent fit.”

It’s your second time at the Monster Energy Yamaha Factory Team, back then it was called Kemea Yamaha. Is it a kind of homecoming?
“For sure. I rode for this team in 2015 and 2016. The boss and the manager are still the same people. The staff changed a little bit, but I know how this team works. So, it’s not a big change for me. It’s great to be in a factory team. As a rider you only have to focus on your riding. A nice feeling. I have some good memories with this team. When I arrived at Kemea, back in 2015, I didn’t have a lot of international experience. I didn’t know what to expect. But I won the first round of the EMX125, finished third in the championship and clinched the world title 125 in El Molar. Great memories!”

2020 was also a great season for you. Third in the world championship MX2 and GP-winner in Faenza. Do you raise the bar for 2021? “As an athlete, you have to be ambitious. My expectations for 2021 are indeed higher. But I don’t want to put too much pressure on myself. First of all, I just want to enjoy racing. It will be very important to be consistent and especially to stay injury free. I feel good for the moment. Hungry too. I can’t wait to start the world championship. We will have a lot of races in a short space of time. I don’t complain, because I can do what I really love to do: racing.”

You only did one preseason race, in Crisolles two weeks ago. Is that enough to be ready for the world championship? “Yes. I don’t need a lot of races to be race fit. I don’t need preseason races to prove myself that I am in a good shape. While my colleagues were racing in Ernée, I was pushing hard on training. Crisolles was my only preseason race. I felt good. My level was high, the speed and the rhythm okay. A lot of riders suffer from arm pump in the first race. I didn’t.”

Orlyonok is a spectacular track, isn’t it? Do you like racing there? “Oh, yeah. I raced in Orlyonok in 2018 in the EMX250 and in 2019 in MX2. A fast hard pack track. That’s what I really like. I think I’m going to have a lot of fun in Orlyonok again. I’m happy to start the season on this kind of track.”

Thibault and you have the same physical coach. Is it an advantage to train together?  “The past years I was mostly training on my own. For sure it’s more fun to have Thibault and Kenny (Vandueren) by my side. I learned a lot from Kenny already. Last year I was always pushing, also on training. I was doing too much… Now I realise that you have to work hard, but also need to take enough time to recover.”