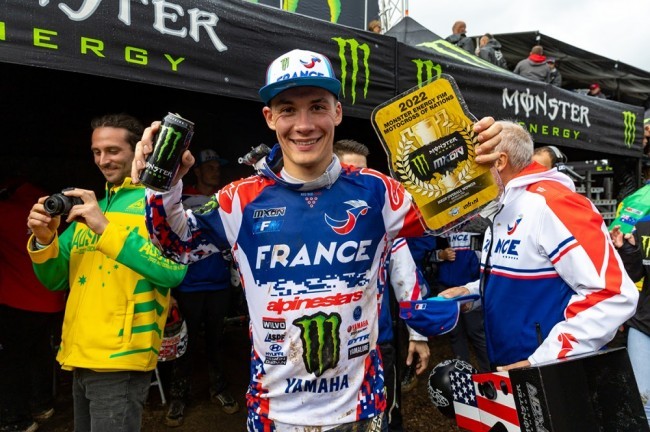 The French might not have done enough to win the MXoN this year but it was still a very special day for Maxime Renaux as in many ways he was the star of the show. A 3-1 scorecard meant he ended up the overall winner in the MXGP class – the toughest class to win at the MXoN and winning the last race of the day (MXGP and Open) is also the toughest moto of the weekend.

After a disappointing qualifying day on Saturday only finishing seventh, Renaux was able to put that behind him and deliver when it mattered on race day. Despite being under press from both Lawrence and Sexton during the final moto, Renaux showed just how good he is mentally and kept both behind him to take an impressive win.

We caught up with Renaux to discuss the event and more.

GateDrop: Maxime, USA are going to get all the headlines but in some ways you were the star of the show winning the MXGP overall – the toughest class! This is your first year racing this event on the 450cc, it must feel amazing…

Renaux: It was amazing. To win that class and when I see all the names in the class, it is something special. To win that big boys last year is great, it is special.  It’s great and I am very very happy. I am a little disappointed for the team because I believe we give everything we had. I wish we could have won this event with this team but it’s like this. We are back on the podium and now we are looking forward to Ernee next year. I hope Team France can get it done there.

GateDrop: Just on day one, I would say it was a bit of an off day for you, you didn’t really ride like a reigning MX2 world champ and what we’ve seen in MXGP but you stepped it up when it mattered on day two. Did you change anything with the bike overnight or was it just a mental thing?

Renaux:  Sure, I changed quite a lot on the bike. You know, yesterday I kept my European settings but we made a major change and it worked out really well. I felt straight away way better from the morning, much much better on the bike. I could also feel it in the race, I was going way faster on the downhills and stuff so I just showed my real level when it counted. It was great and I am very very happy.

GateDrop: What was your thoughts on the track – day one wasn’t technical at all really and not bumpy… Day two we got some rain and that made it more of a better track, I would say…

Renaux: It was very technical for day two. Day one also a little bit but that day I just struggled with my settings so I can’t say a lot, I was struggling everywhere. I am just happy with the reaction of the team and how we managed to step up our game. What a step up it was, from seventh in qualifying to winning the class on the Sunday was just amazing. 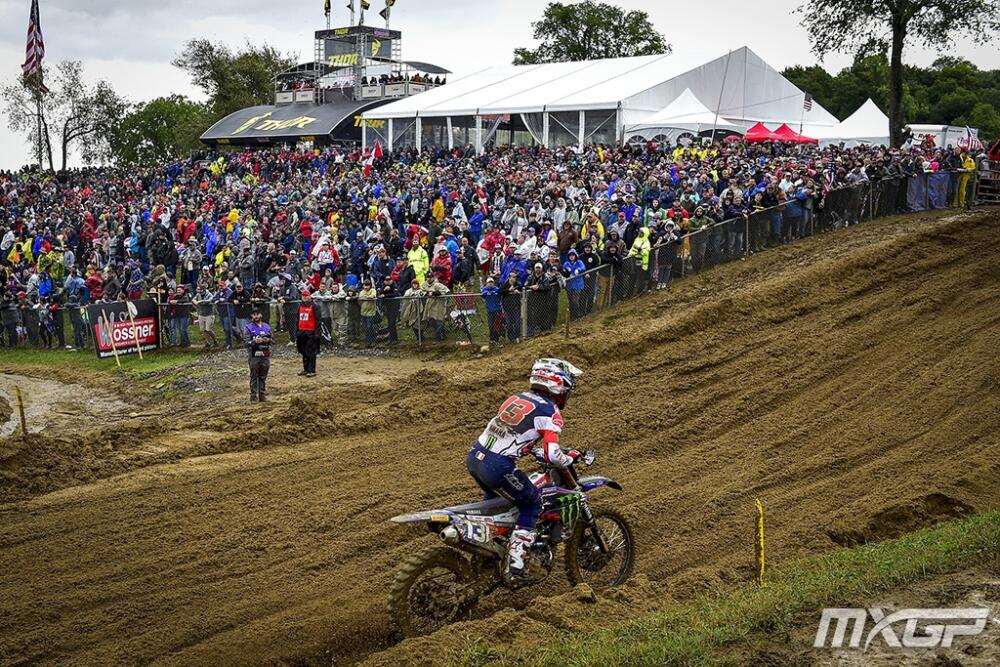 GateDrop: You could argue this was a French B or C team and you’ve just done enough to finish second at this event. Does this just show how many fast French talents there are at the moment – you must be proud of that?

Renaux: France is one of the best countries in Europe for Motocross and also in the World. We have built that in the past ten years. The federation put a lot into it and we have so many French talents which is just great. We have a lot of choices for the MXoN because we have a strong country.

GateDrop: I think the main difference today was, even though you had the speed to win – starts and staying out of trouble in the first couple of laps was the big difference and why USA won in the end…

Renaux: I believe the starts and yeah making some good passes on the first lap. In the first moto I was struggling a tiny bit with the feeling on the track and couldn’t fight for the win straight away. The second moto I just went for it and felt great. It is difficult to say, but they had a great team and Cooper had some great starts – that’s what f**ked it up a little bit. It is like that, I am just proud of the team, we had great team work and it was amazing to work with them. A great experience for us.

GateDrop: Last question, Tom Vialle decided not to race the event, seeing the pace of Jago and yourself, I really think he could have been the difference between you winning and losing – is that frustrating?

Renaux: Yeah, we don’t know, he’s not here so we can’t say that. I believe Marvin did a great job also, it was not easy on a 250cc here but Tom is definitely a good rider. It would have been great if he was here but at the same time, Marvin did the job. No regrets!

Get our Red Bud review below: