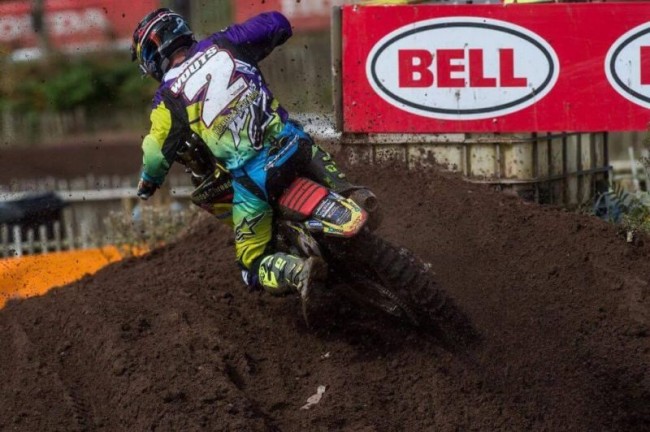 Last year Wouts ended up switching from the 450 to the 250 and concentrated on the EMX250 series. The Belgian didn’t seem to get very many good starts but he showed some great speed throughout the season and ended up an impressive fifth in the series.

The 2017 brings a new challenge racing in the British scene but with plenty of sand tracks he shouldn’t have too many problems adapting. We caught up with Kevin to talk about his move for the season ahead.

Gatedrop: Kevin, you will race in the UK this year, how did this deal all came about?

Kevin Wouts: I got contacted by Neil Prince at the end of last year to do a fill in race for him at a Michelin MX National at Hawkstone Park. I was able to win that one and I was happy about the team, as they where happy about me. Since then we tried to make a plan to do more races in England during 2017.

Gatedrop: You will race in the MX2 class in the British Championship, you are quite good on the bigger bike too so how was the decision made to ride in MX2?

Kevin Wouts: I like to mix it up with the 250 and 450, it makes it more fun for me. That’s why we choose to do the British MX2 and ride the MX1 class in the MX Nationals.

Gatedrop: Can you tell me about the Lombard Express Suzuki team you will race with? Is it a new team or is it the Heads ‘N’ Threads team renamed?

Gatedrop: Last year you concentrated on the EMX250 class and finished fifth in the series – you must have been happy with that?

Kevin Wouts: Yes and no, I think the top 3 was possible. I struggled all year with my starts. The speed was there, so I’m sure I could have done better.

Gatedrop: How would you describe the level in EMX250 and will you contest any rounds in 2017?

Kevin Wouts: It’s the best class beside MXGP and MX2 in my eyes. All the young guys are really on fire and we always have a stacked gate, this makes it really fun to race. I will ride the first four races in 2017 for sure. Then we will look if we do Russia or not because I don’t have enough budget to make this trip at the moment. I will do the European championship by myself with my dad and a close friend.

Gatedrop: Last year the team you were with folded towards the end of the season – that must have been a bad time for you as you didn’t know where your future would be?

Kevin Wouts: Yes, it was a hard time. But me, my father, our friend and my sponsors never gave up and that makes me proud. I think many guys would have gave up. It’s not easy, having a full-time job. Getting all the parts, money, training sorted and to be ready week in and week out to do good.

Gatedrop: Apart from the British Championship will you race any other full championships?

Kevin Wouts: I don’t know yet. Probably the Belgian championship.

Kevin Wouts: To stay healthy, have fun and win as much as I can throughout the season.

Gatedrop: Who do you think will be main contenders for the MX2 British Championship title?

Kevin Wouts: I don’t really know. I have never really followed the British races closely. But I think the man to beat will be Ben Watson. But, for sure there will be more guys that will be good.

Kevin Wouts: My parents, Neil Prince, Lombard Express Suzuki team, my trainer, my private sponsors and gatedrop for the interview. Thanks for this opportunity guys! #2