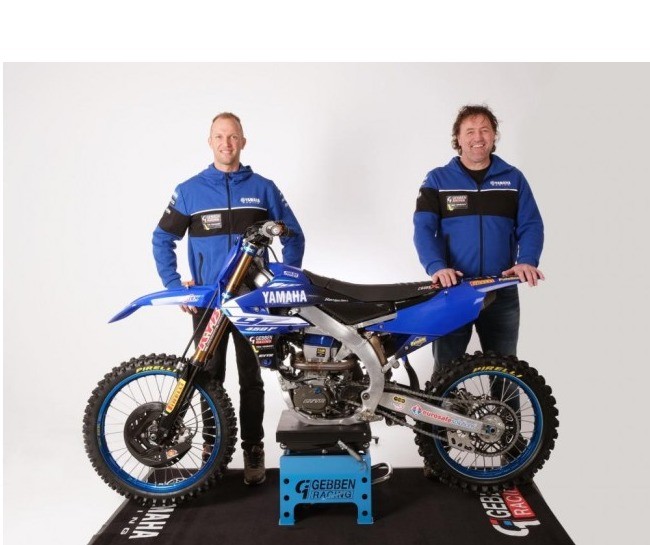 Experienced MXGP World Championship rider, Kevin Strijbos faced a lot of uncertainty for the 2021 season after it was revealed he would not be continuing with his KSRTMX Suzuki structure for the season ahead.

However, the good news recently dropped that Strijbos has inked a deal with the Gebben van Venrooy Racing Yamaha team for the 2021 MXGP World Championship. The Belgian is happy to have his short-term future secured and he also has an option to stay with the team for 2022.

“I’ve signed the contract with Gebben van Venrooy Yamaha for 2021 and there’s an option for 2022. I am happy that they did everything in their power to try and make it work. Also, from my side, we both wanted to make it work and we did it the best way we could. I’m really happy that we could find an agreement so I can go on for another year. With some of the older generation retiring, I feel like mentally I’m not that far away from retiring. Maybe body wise I am, but we will see when I start riding again because I haven’t rode since the beginning of September, so it’s been quite a while. Hopefully, I can start riding soon with some Enduro and some easy going because it was quite a big operation on the hip that I had. I don’t have the best hips anymore from riding so at the moment that is a question mark but everything else is going really good”.

Strijbos is familiar with Yamaha as he rode for the JWR Yamaha team in 2019 and actually ended that season racing the Wilvo Yamaha for team Belgium at the Motocross Des Nations in Assen. Strijbos helped Belgium finish second in the Nations overall classification.

“I am looking forward to getting back on the Yamaha, I think it’s a great bike already from stock. Looking at last year I think the Gebben van Venrooy bikes are really good so I can’t wait to throw my legs over the bike and see how it goes.  The plan for the moment is to race the European rounds of the MXGP World Championship and the Dutch Masters. If all goes well, we can discuss about going to some of the oversea GP’s”.

Strijbos will also help the team with the testing side whilst helping Calvin Vlaanderen and Brent van Doninck the best he can – he has plenty of experience he can help pass onto his younger team-mates.

“The other plan is to also test for them because I know how hard it is for other riders in the team to test when they want to focus on themselves with the training and all that, so I am willing to do that as well for them. I will try to make the bike even better and if they ask me if I want to test something, I can do that.  I will also help a little bit the riders, I know I can help Brent (van Doninck) with his trainings, and I think it’s a good thing. I have good experience but I’m not going to say it has to go like how I want because every rider is different but I’m sure if Brent is open for it, we can try to make it work. Even if we go riding at the same track, we can learn and go behind each other so it will only make us better. This was also the plan from Gebben’s side to do that”.

“I think it’s a good opportunity so that I can keep on racing and so that I can develop other skills as a trainer/coach for the future. It’s great and I am looking forward to season and I am feeling ready. I’ve been working hard over winter like I always do so it’s not like I haven’t done anything for the last month. I’ve been cycling, cycling and cycling because it’s the only thing I can do as well as some swimming”.

“I want to thank Gebben van Venrooy Racing for this opportunity, my sponsors like HENS because they’ve been there for me the whole time since I’ve been racing GP’s. He’s a friend, a private sponsor for me and always been a big help so a big thanks for making it work. I am happy with how everything is looking for the season ahead”.

For a while it looked uncertain if any Belgian riders would contest the MXGP World Championship this year but the Gebben van Venrooy Yamaha team will have two under the same awning and Van Horebeek has inked a deal with Beta so Belgian fans can look forward to the 2021 season.

It’s been a few difficult years for Strijbos due to injuries, but it would be nice to see him stay injury free to show what he can really do and help the Gebben van Venrooy Yamaha team develop the bike at the same time – hopefully he can end his successful career on a high.