Interview: Justin Bogle on a tough start to the season and his future 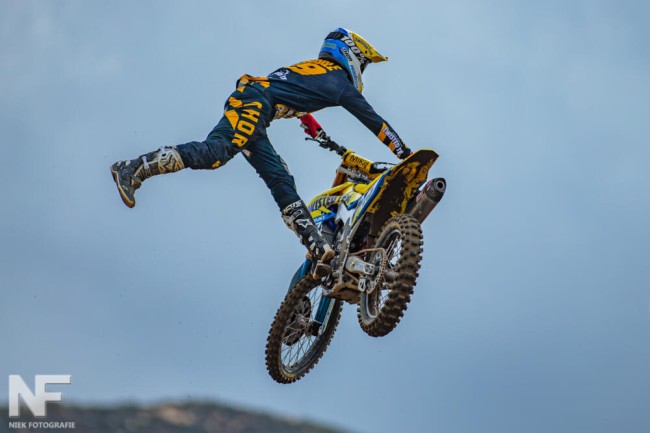 Over the past few years Suzuki’s effort in the Motocross world hasn’t been what it has in the past so it’s always nice to still see Suzuki’s at the highest level and Justin Bogle is under the HEP Suzuki awning. The American didn’t have a good start to the season finishing both moto’s in twentieth but he’s motivated to put in the hard work and improve.

Marco Kamper caught up with Bogle after the opening AMA National at Pala to discuss his day and more.

GateDrop: I checked you out at practice and you were doing nac nac’s and everything! It looked like you were having fun out there… Was it fun out there?

Bogle: No… I was trying to have fun but man I’m struggling right now. It was a tough day for me, I qualified I think nineteenth and I went 20-20 in the moto’s so nothing to ride home about. I’m very disappointed with where I’m currently at. I’m trying to have a bit of fun and trying to keep it rolling, trying to progress during the week but it’s tough right now.

GateDrop: What do you think you are lacking? Is it comfort, fitness or speed?

Bogle: I am definitely lacking speed for sure. I’m lacking a lot of comfort with the bike and the bike setup. We just didn’t have a lot of time, I only had four days of outdoor riding with just the way things worked out and getting parts. It’s just been tough, so I haven’t been able to test much, and it’s been difficult for sure. Obviously, any crack in your armor when you show up to a pro national, it is exposed. Very very hefty dose of reality at these things man so it was rough.

GateDrop: Even though you didn’t feel good out there at least you scored points in both moto’s. Your teammate didn’t seem to struggle as much, do you guys share information?

Bogle: We do, Brandon (Hartranft) is a tough kid. He’s got about 30 pounds on me and he’s really strong. He’s taller and can leverage the bike a bit more. The way that I ride, it’s tough because it can look so beautiful when it’s right, but you know, when it’s not, it’s a struggle. I’m light on the bike and not that hard on the brakes, I don’t use the clutch a lot and I do a lot of coasting/momentum stuff.

When the bike setup is not right that is important as well so it’s tough to try and adjust on the fly. I’ve ridden this way for 20 years so it’s tough, I have to do a lot of work during the week and get myself more comfortable. There’s obviously more work for myself to do, fitness wise you can always be stronger, I don’t feel I’m terrible right now but you can always be stronger and be faster. I am lacking there for sure but hopefully with some comfort and time it can come around. That is what I’m hanging onto right now, I am not going out there trying to barely score points.

GateDrop: We have Hangtown next which is quite a rough track, are you looking forward to it?

Bogle: No… Hangtown is not my favourite track either. Honestly for me I need to get through these first two and then the tracks get better for me. 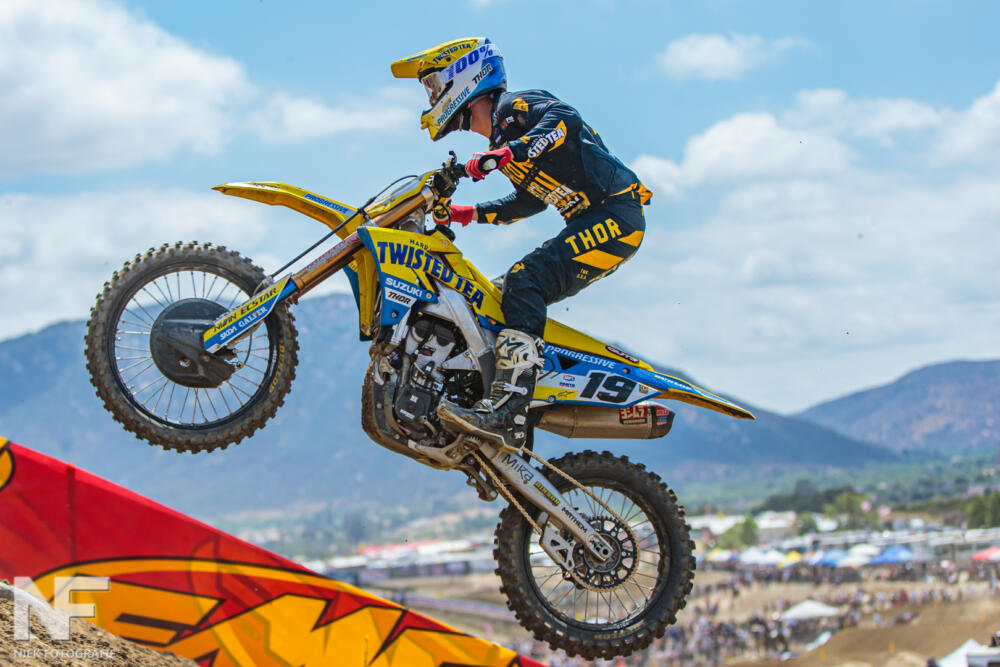 GateDrop: What track would you say suits you?

Bogle: I’ve always done really good at Budds Creek. I like Budds a lot and I’ve always done good at Colorado as well. Unadilla I like a lot as well. Budds should be okay but those other two you need to have the bike working well too so I’ve got some work to do with setup stuff. Like you said, my teammate was better. In the second moto I actually waved him by and yelled at him, “go faster dude, let’s go”, (laughs).

GateDrop: For next year, do you have any plans yet?

Bogle: I don’t know yet. If I’m this bad halfway through the season still… I don’t know man, maybe it’s time to hang it up. That ain’t to enjoyable out there… I’ve been pretty competitive my whole career but right now I am the furthest thing from it. It’s tough to still do all the work during the week and show up at the weekend for twentieth so we will see. I hope things get better and I figure stuff out, but I haven’t signed anything for next year yet, let’s see.

GateDrop: With Suzuki, you have factory support but it’s definitely the least factory, would you say that brings pressure over a ride with a privateer setup like Club MX for example?

Bogle: No, it’s not more pressure. Suzuki, I mean it’s not a secret, they’ve had a lack of presence in the sport for a few years. With that comes a lack of R&D and things like that so it’s kind of on us. I guess the pressure would be on us to try and make up time to get the bike back up to comfort level with where the field is at now. It is doable but it takes time, and we haven’t had a lot of it. We are getting there, and I told the guys earlier we have to work on some settings but it’s me too. I am struggling right now. Hopefully we move on up from the back because being twentieth ain’t it.