Interview: Hunter Lawrence – ‘the plan is to win an SX and outdoor title’ 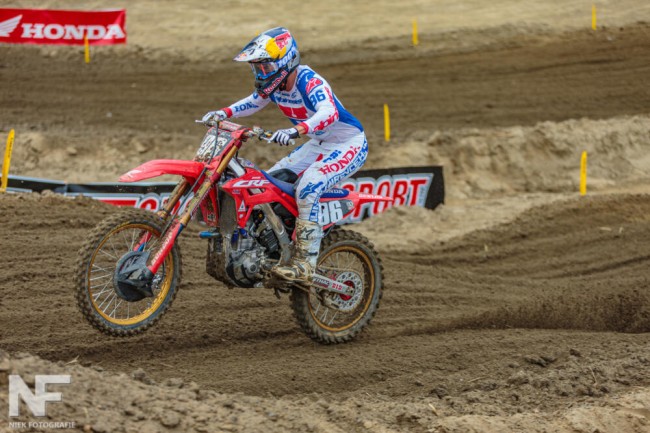 Hunter Lawrence had a brilliant SX season, he might not have won the championship but it came down to the final round and the Aussie ended the season superbly well. The HRC Honda rider comes into the AMA Nationals with confidence and a good mindset which showed at the opening round.

Despite picking up an illness on the build up to the event, Lawrence was still strong and finished 2-2 behind his brother in both moto’s in what would have been a special day for the family.

Marco Kamper caught up with Lawrence after the opening AMA Nationals round to discuss his day and more.

GateDrop: First of all, let’s start with the end of the Supercross season… it felt like you had the momentum at the end of the season, how did that feel?

Lawrence: Really good. I was so close to winning four in a row. We won three in a row and won five of the last six race so it was good. To crash out of one of the rounds and to only finish ten points behind the championship winner was really cool. I am happy I was able to finish off Supercross in that way and bring the momentum to Motocross.

GateDrop: It’s easy to forget but you weren’t even supposed to race the West Coast… how did all that go?

Lawrence: Well, yeah, I had been training and everything around East Coast but then Jett had the crash. But they said, “hey, you’re ready. Let’s chuck you in”, so we did that and it went well.

GateDrop: Before the Nationals, you and your Brother obviously train a lot… Speed wise has there been much of a difference in the training?

Lawrence: It’s been good, I’ve been faster so it’s been good. But I’ve been sick this past week leading up to the race so I didn’t have the best build up for the race. I was feeling weak and stuff today but it was good… I can’t wait for the next one now.

GateDrop: Honestly, today if you forget about the starts and look at the riding alone… you were maybe even the fastest guy…

Lawrence: Thank you… yeah, I’d like to think so (laughs). 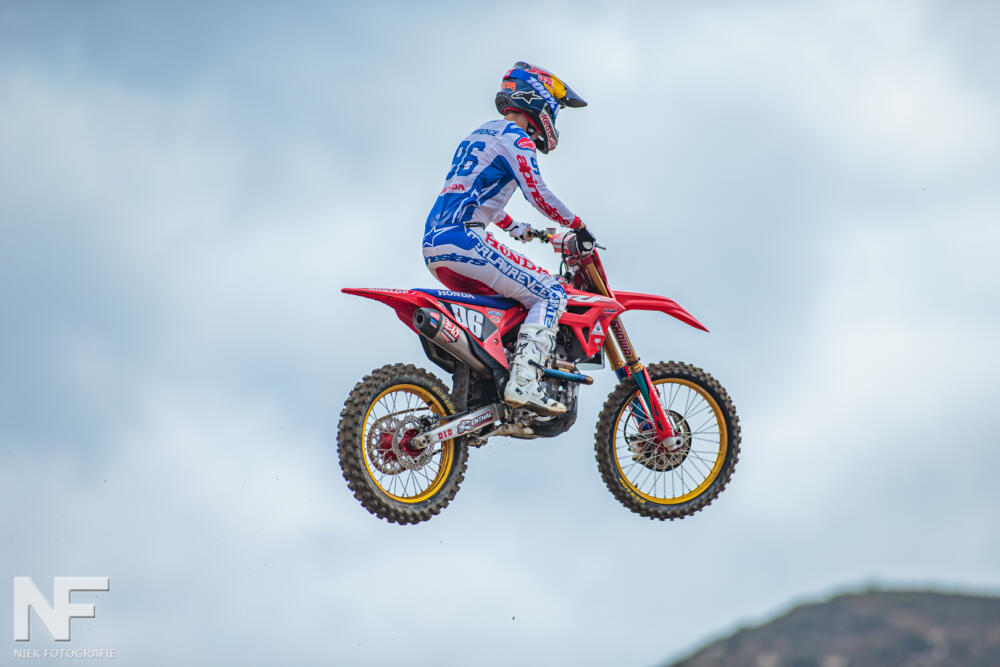 GateDrop: You and your brother have a huge fan group, you had your own section of fans in the crowd… do you like that sort of thing?

Lawrence: It’s cool. It’s kind of away that we get together with our sponsors and we can give back to all the people that support and follow us. It’s kind of cool for us to be able to do something special for them.

GateDrop: Did you notice that whenever Jett joined the pro’s that upped the support?

Lawrence: I think it did because when it’s just one guy it’s kind of okay but when it’s two brothers, it’s kind of like a thing. I think a lot of families can relate to that and get behind it. It’s cool, the American crowd and public have really embraced us and support us so it’s really awesome. We can’t thank them enough because it’s what we dreamed of as kids.

GateDrop: You are still riding a 250cc at the moment… have you got any plans for next year yet?

Lawrence: Next year it’s looking like I’ll be riding a 250cc again. The plan is to win a Supercross championship and an outdoor one. That’s the plan and then we will move up.

GateDrop: You grew up in Australia to then go and race in Europe and now you’re in America… what transition do you think was harder to make?

Lawrence: Europe. For us the culture difference, the living is different… Everything in Europe was so difficult for us to get used to. America is pretty similar to Australia so going from Europe to America was really easy for us.