Tomac and Craig on Pala 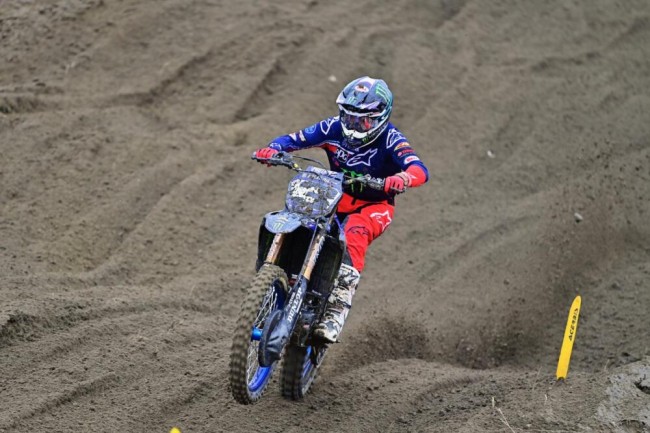 Monster Energy Yamaha Star Racing’s Christian Craig got his Lucas Oil Pro Motocross season off to a great start, scoring a pair of third-place finishes for third overall at yesterday’s Fox Raceway National 1 in Pala, California. The podium finish was a career-best result in the 450 class for the recently crowned 250SX West Champion. Teammate Eli Tomac finished right behind him in fourth with a 7-4 moto score.

After qualifying sixth, Craig got off to a good start in the first moto and quickly made his way to fifth. A couple of laps later he advanced to fourth but unfortunately went down on Lap 5. The Californian quickly rejoined the race and put in some fast laps to make his way from sixth to third in five laps. Craig kept his cool under pressure in the final laps to hold onto third for his best moto result on the 450. In the second moto, he had another good start in fifth and advanced to fourth on that first lap. Craig claimed third around the halfway mark and rode on to equal his Moto 1 result to secure third overall for his first 450 podium.

Tomac also enjoyed a good start to the day. After qualifying third, he got a great start in Moto 1 and quickly advanced to the runner-up spot. Unfortunately, as the race wore on he was ultimately shuffled back to seventh. Although he didn’t match his start in the first moto, the 2022 450SX Champion was much more comfortable and made his way from seventh to fifth in the first two laps. Tomac kept pushing and slotted in behind his teammate in fourth at the halfway mark, and then continued to put in strong laps to finish in that position for fourth overall.

The Monster Energy Yamaha Star Racing team heads north next weekend for Round 2 of the Lucas Oil Pro Motocross Championship at the Hangtown Motocross Classic in Rancho Cordova, California, on Saturday, June 4.

Jeremy Coker: “It was a good day for us and a good start to the season. Christian earning his first career 450 podium was awesome, and although Eli struggled a bit with the bike through the day, we were able to get it much better for him. We will go back to work this week and come back next week with both guys on the podium.”

Christian Craig: “Coming off of my supercross championship, I really wanted to keep the momentum going. My confidence is really high right now and it’s showing on the track with my first career podium on the 450, and my first overall podium in the outdoors. It’s something special going 3-3, and being competitive and battling up there with those guys – racing legends like Ryan (Dungey) Tony (Cairoli), and my teammate. It was just a super positive day to start the outdoor season off right and gives us something to build off of for the rest of the year.”

Eli Tomac: “Today was a little bit tough in the first moto. I rode a little bit tight, but the positive from that moto was that my start was really good and the bike was really strong off the start. Then in Moto 2, my riding was better but I didn’t have as great of a start. I’m more satisfied with my second moto. I felt like it was a lot closer to the way I’m supposed to ride. I still wanted to be on the podium, but that was a decent way to end the day, making improvements from that first moto.”