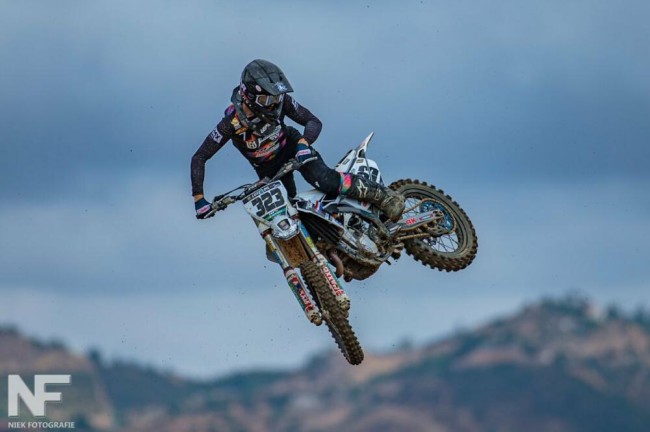 Coming into the weekend there was a real unknown factor for Josh Gilbert as the Brit was lining up behind the AMA Nationals start gate for the first time and it’s always hard to predict how he’ll compete against different riders on their home tracks.

However, Gilbert impressed from the get go and ended up thirteenth overall on the day despite stomach cramp in moto two that hindered him. The Brit will race the next two rounds of the championship and then there’s a possibility he’ll race even more.

We caught up with Gilbert after his impressive AMA Nationals debut…

GateDrop: Josh, you have the opportunity to race the first three rounds of the AMA Nationals with the SC Sporthomes Husqvarna team. First of all, you must be delighted to have this opportunity?

Gilbert: Yeah, I’m very excited to have this opportunity and thankful to the team for making this dream become a reality.

GateDrop: You spent some time in Florida at the start of the year and did some small races I believe. How did all that go and was it useful to setup the bike for these kind of fast tracks?

Gilbert: So, we spent 6 weeks in Florida pre season testing, we did 4 Florida winter series races whilst we were there at Gainsville, Gatorback, Waldo and Orlando. They were very useful as the races where only 4 or 6 laps long so they went flat out from the gatedrop which helped improve my initial sprint laps. Training and testing went well over there, it’s the same set up as I have in the UK which is good.

GateDrop: The opening round at Pala… can you talk me through race day and your moto’s? 12-14 for 13th overall, you must be delighted with that as a starting point? Coming into it was a bit of an unknown…

Gilbert: I’m very happy with 13th overall as a starting point. I was hoping to be top 20 initially but going into the weekend after some practice, I thought top 15 was realistic. You have to qualify for the races over there, a bit like an EMX, but they have 2 sessions and an LCQ race, luckily I qualified straight to the races in 13th. Then there are two 30min + 2 lap races which are intense but I felt strong in both – aside from the stomach cramps in the second moto due to there not being much of a break in between to eat.

GateDrop: Obviously you’ve raced some MXGP events before but how did you feel on race day at Pala? Any extra nerves in there?

Gilbert: I was actually really relaxed. Obviously a few little nerves but it’s normal I think to have some.

GateDrop: Obviously travelling over from England is a pretty big deal and commitment, did you get much attention from the media in the paddock and what were the fans like?

Gilbert: Nobody had a clue who I was, it was mega (laughs). I lined up next to a factory KTM and Husqvarna for each moto and they didn’t have a clue who I was. I’ve had a lot more media coverage the last couple days. 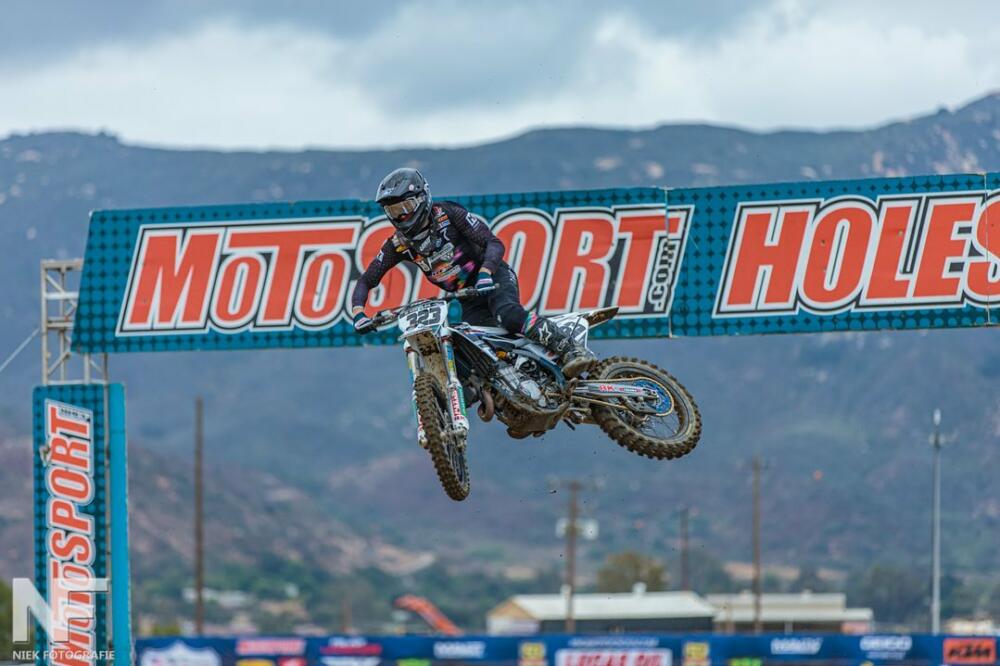 GateDrop: How did you find the track at Pala? For the second moto’s some bumps started to form but it still looked quite fast and a track that you needed to attack and be aggressive?

Gilbert: The track was fun. A lot of jumps… maybe a few too many but it was still fun. The track was actually really technical and bumpy, the TV didn’t do it justice.

GateDrop: Everyone knows the level of MXGP is unbelievable these days but how would you say the AMA series compares? The guys at the front of AMA are obviously very fast!

Gilbert: I think the top couple guys are faster in MXGP but I still feel that I could go to MXGP and be inside the top 15. It’s hard to say.

GateDrop: Two more rounds to go, what’s your goals for them and have they changed any after how round one went?

GateDrop: If your plans don’t change, personally I’d like to see you do a few MXGP races this year as well – is there any chance of that happening and if so what rounds?

Gilbert: it would be nice to do a couple MXGP races but at the same time I think there’s more opportunities in AMA and more attraction over here. We will see.