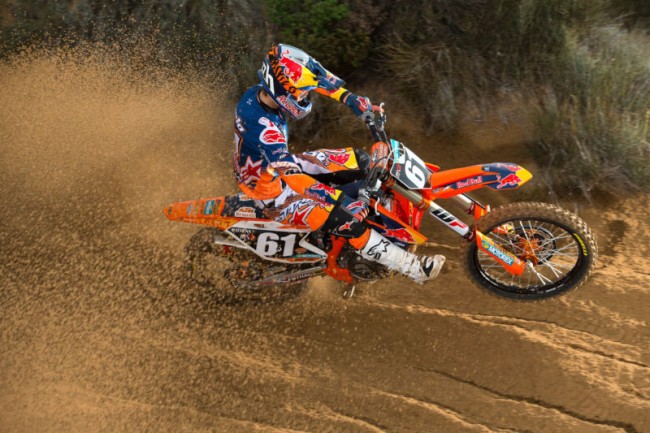 Jorge Prado went 2-1 at Assen to win his third GP of the year – and is still just 16 years old!

The Spaniard is has also been juggling his education with full time GP racing but the break in school has coincided with even better and more consistent results for the teenage talent.

We caught up with Jorge to get his thoughts on another GP win.

An impressive ride today, you nearly got the first moto win got the win in the second desite pressure from Seewer, what are your thoughts on another win at just 16 years old?

Yeah it was a good weekend. I felt good the whole two days. the first moto I was a little bit quiet, but the second moto I was going for it and I brought it home so pretty happy.

Yeah I mean with three laps to go I struggle a lot with the lappers and he came quite close, but I was faster than him. The last lap I pushed in the third sector, I just pushed a bit and make a small gap. He came close but not close enough, so pretty happy with the win.

And a good recovery from the heat last weekend but one week later you are back on form..

I can’t say it was disappointing (in America) the riding was good, I just couldn’t finish the motos. But I recovered quite well, and I got through he day and I was quite fit at the end so I am happy about my performance.

Prado has the motocross world at his feet. Photo: Ray Archer

You have been in school until June, is it easier to focus on racing now?

Yeah, we are starting again but I will do it a bit different to last year. When school stops my results were better because I could rest a bit more and get fitter into the races and more relaxed and that was making life easier in the races.

You don’t seem to be intimated to run with guys like Seewer or Jonass, are you going to go for the championship next year?

Next year Seewer moves to the 450 class but Pauls will stay in the 250 class, you know I have beat him a couple of times, so I am not scared. He is just another rider who goes fast. I will prepare myself good for next season and we will see. I learnt a lot this year and we will put everything together to make a good season. I think the most important is to be consistent as you can see with Pauls.