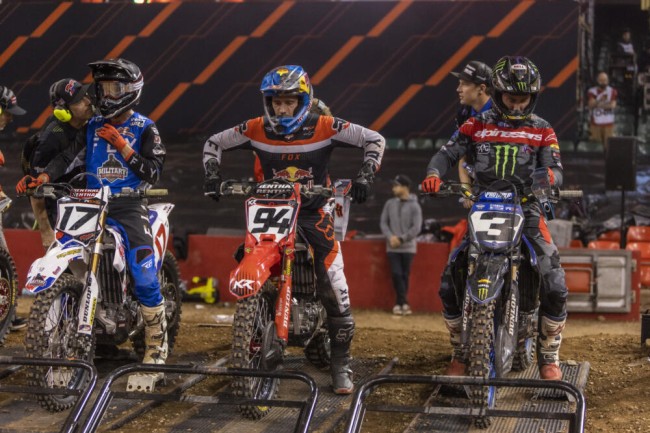 Joey Savatgy has plenty of experience racing in America and last year even had the opportunity of a fill in ride at the Factory Kawasaki team to race the AMA Nationals. The American has now got the opportunity to race the WSX series before hoping to secure a good ride for the AMA Supercross series which gets underway in January.

We sat down with Savatgy after the first round of WSX to discuss the opening round of the series, his fill in stint at Factory Kawasaki and his interest in MXGP.

GateDrop: Joey, first of all, it’s the first ever WSX event, how did you think it ran from your perspective?

Savatgy: I mean obviously the racing is a bit hectic with the reset and that five minutes goes by very quickly. I mean honestly, for me personally I really enjoyed it. A lot of that had to do with the fact I missed all the Supercross season. I missed a lot of racing this year which is unfortunate, I don’t normally have to miss seasons so it was a little bit of a bummer.

To have the opportunity to come here and race is just awesome. I mean, the first moto crash, I don’t know how to word it nicely. It was just stupid. Thankfully we had a second bike and we had to jump on it for the second and third main. The second start wasn’t very good but the whole bike was cold, and the start wasn’t good. But you know, we made it work and got back up to the top five. The third moto I got a pretty good start and just tried to click off the laps, I made my way around Brayton with one to go so came home in second.

GateDrop: I think you can be pretty happy with your speed, you certainly had it for the podium and maybe even to battle with Eli and Ken for the top two spots. In the last one Eli wasn’t that far ahead. The crash in the first one spoiled the podium…

Savatgy: Like I said, I missed all of Supercross and when I was riding Supercross last year I was on a different bike. The speed was good, we qualified second and then second in the heat race. Third in superpole and second in the last one. The speed and fitness was good but I am just bummed with the stupid mistake but we learn from it and we move on.

GateDrop: Just on the format it’s all go go go, have you experienced anything like that before? Did you like it, and would you change anything about it?

Savatgy: Yes, I did enjoy it but again because I haven’t been racing. Yes and no, obviously if you are out in the front or top three, you settle into a pace whereas with this format you don’t ever really get a chance to do that. Definitely the opening laps are chaotic, so you put a lot of trust into the riders around you.

I did enjoy it, but format wise the only thing I can think of is maybe only two mains at ten laps with seven minutes each because it’s so chaotic. By the time you get into the start position, sort the start device, grab your goggles, you are kind of scrambling because the two-minute board is already up. I am still trying to take it all in but coming out of here I am healthy, and we learned a lot. It felt to be back out here racing.

GateDrop: Supercross going global, I think is very positive for the sport and seeing a track and competition like here in Cardiff. I think it’s great to see…

Savatgy: I do as well. The sport is all about the fans, I know depending on what side you’re on, I think people in America are maybe ragging or maybe not ragging but trying to discredit the series. But I tell you what man, coming to a country that never gets Supercross racing to a stadium and to a whole group of people that maybe aren’t the most familiar with building tracks and everything… it was loud in there tonight.

There’s maybe a lot of people that think I am just saying that, but I am telling you what, for a lot of the bottom row being closed off, it was really loud and packed in there. We will see how Melbourne goes but I am glad things went as smoothly as they did. 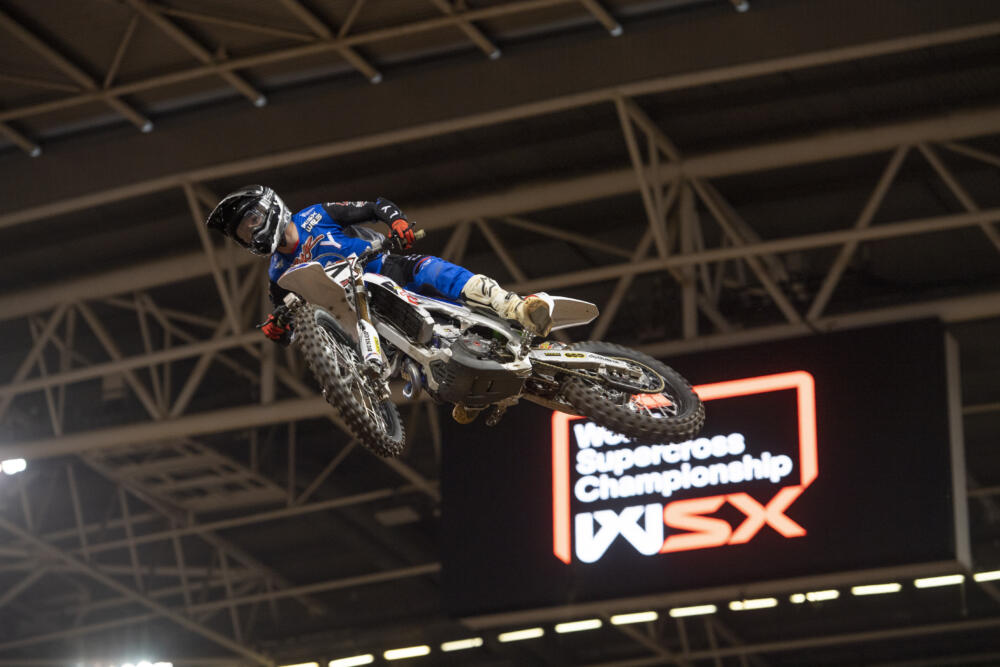 GateDrop: On racing overseas, Supercross home of racing is in America so it must be nice for you to be over here in the UK, a cool story to tell the kids in the future if nothing else!

Savatgy: Honestly man, I am just so thankful to be able to come here and be a part of this to go racing. I’ve never been to Cardiff and to be honest, I am actually trying to start enjoying what I am doing a little bit more and take a deep breath along the way. I was able to see some of the scenery along the way. We got a rental car which was manual – I don’t have much experience with that and then driving on the other side of the road. It was comical and a little stressful but dude, I enjoyed it. It’s like learning a new trick or something (laughs). I can’t tell you how long it’s been I got in a car and really focus on what I was doing but man, I really enjoyed it. I hope it is a steppingstone to what is coming in the future.

GateDrop: You had the opportunity to race with the Factory Kawasaki setup last year, what was it like being part of a factory team again and I’m sure you are hoping you get a phone call in the next couple of weeks to get something sorted for next year…

Savatgy: I mean that is the goal. There aren’t a lot of rides out there for now but if the opportunity of a fill in ride comes along, I would love to have it. Working with Kawasaki, I loved it. Everyone on the team and the cooperation, they do a great job. Honestly, I did my ACL and I had 13 actual days of riding time since my ACL, and we went racing outdoors. The boys at Kawasaki did a really good job and helped make me feel super comfortable and making progress.  We got on the podium for one moto and it felt like we made really good progress. My goal as a kid was to be on a Factory team and I made it there, I really enjoyed being part of it. I was there shorter than what I wanted to be but I don’t feel like I am at the end of my career by any means. I do think that if another factory ride comes about that I want to prove that I deserve a ride.

GateDrop: Worst case, you don’t get anything in America but a top MXGP team get a rider injured and give you a call… would you be interested in racing the MXGP World Championship and do you follow the series?

Savatgy: I follow MXGP. I try to stay up and watch it, a lot of the time it is perfect timing because flying after the AMA outdoors or Supercross, depending on where the series line up but I always watch the highlights on the plane at least. I am a big fan.  I am a big fan of Cairoli and it was awesome to get over in America to be on the gate with him, he’s a legend. He was kind enough to give me a jersey and it felt a little weird fanboying over him but someone like that… such a legend. I am a big fan of Herlings as well, he is unbelievable on a Motorcycle. I definitely follow it but as far as going to race it… I don’t know if I would want to step into that. That is a big task. Man, what those guys ride on is kind of gnarly and I don’t know if I want to go down that road if I am being honest.