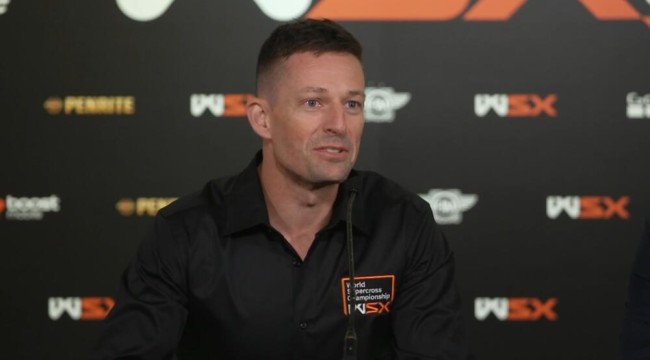 Managing Director of SX Global, Adam Bailey and his team have put in a lot of hard work for the WSX series to come together and the first round in Cardiff was a success. There were a lot of unknowns coming into the first round of WSX but now the first round is out of the way fans know what to expect and SX Global can work to make the series even better.

There’s only one more round in 2022 which will be in Australia but there’s big hopes for the series in 2023 with up to ten rounds possible.

We caught up with Bailey to discuss how the first round went, future plans for the series and more.

GateDrop: Adam, you made history with the first WSX in the books. Considering this was your first go at this, the event ran really well. You must be happy and proud with how it ran – no hiccups, the racing and format was good with packed stadium, almost the perfect night!

Bailey: Yeah, well it definitely wasn’t perfect but for the first one and have the racing be so good and to see 36 odd thousand people having fun and a good time, that is the reward, the major reward. The riders had fun, the broadcast looks good but operationally we can improve. We know the track can be improved, some of our systems need to improve definitely and we will debrief on that now. But you know, we aren’t in our home country so to do the first one Internationally out of Australia was always a challenge. When you are at home you can always pull favours, but you can’t do that as much Internationally but look we are stoked. Lots of work to do and improvements but we are happy.

GateDrop: What was it like for you personally this weekend, was it stressful or where you running around everywhere trying to do things or was it relatively calm?

Bailey: Honestly, for me it was really really good. It was the smoothest, calmest event that I have ever been a part of that I am really proud off. There were things that can be improved like I said and in certain areas behind the scenes it was a bit frantic but overall, this entire week has been great. A huge hats off to our operations team, production team and the entire SX Global team. It was so professional, organised and diligent, they worked their butts off so when I got here it was really smooth and in control. I got to enjoy it and watch it from a fans perspective which is important to be able to see areas to improve on.

GateDrop: Coming into the event, there had been some negatively coming into the event but the media here at least anyway will be positive about the event. It goes to show that sometimes you just have to be open minded and see how things go. I think tonight gives you something to really build on heading into the 2023 season especially…

Bailey: Thank you, I appreciate that. I think that you know, change is challenging for people. We also realise and appreciate that we have to prove ourselves. You can only talk about something for so long and you know, we were just excited and looking forward to actually getting an event done. At least we showed what we’ve been working on and the level that we want to raise it too even if it is our very first one. We do think there’s room to improve but it was still a great start. We want everyone on board the journey, but we know it’ll take a bit of time.

GateDrop: Just on the format, seeing it in practice, how do you think it went? From a fans point of view, it was great but the riders literally didn’t have any time in between each main event… Would you maybe to changing it in the future – maybe doing SX2 then WSX so the riders would have a little time in between and maybe even making them a little bit longer too?

Bailey: I mean possibly. We are open to anything, really. I chatted to Eli (Tomac) about it before and asked his opinion. We will hear what the fans think and constantly try to adapt. We certainly aren’t stuck in our ways saying this will be the way it is going to be. We will listen to everyone, take the feedback on board and see how we adapt for next year.

GateDrop: Just on the track, I don’t think anyone really knew what to expect coming here and I think if we compared it to AMA it’s more of one of the basic AMA SX tracks but still a good starting point. Looking to the future do you want a more technical AMA SX style track or are you happy with that kind of track, what’s your goals for the future?

Bailey: I think whatever makes for the best racing. With regards to the track being more simple or more technical, the racing is what we focus on. I think we achieved that this weekend, I know that the dirt was a bit slick and made it more difficult for the riders but also the racing was great. I don’t think we are in a hurry to go to a more technical or follow the AMA necessarily. We just want to focus on what we are trying to do, and we will listen to the fans and the riders. We will keep trying to adapt, you know.

GateDrop: At the moment, the factory teams aren’t currently buying into this. In the future are you hoping the factories do get behind it and then in the future we can have an even better line up? Guys like Barcia, Anderson and Webb, is that the long-term goal you’d like to achieve?

Bailey: I mean, our model is different in the sense that we won’t have factory owned teams. We will have the team owners we have, and they will be the team owners that will be. We do hope that the manufacturers support those teams, and they support the riders to be part of those teams with equipment. Understandably they probably needed to see the platform that we were going to produce to justify that, and I know they are definitely watching.  Hopefully we have at least showed them, and the teams have showed their capabilities in their professional that the manufacturers will support them moving forward. That is the plan for us. 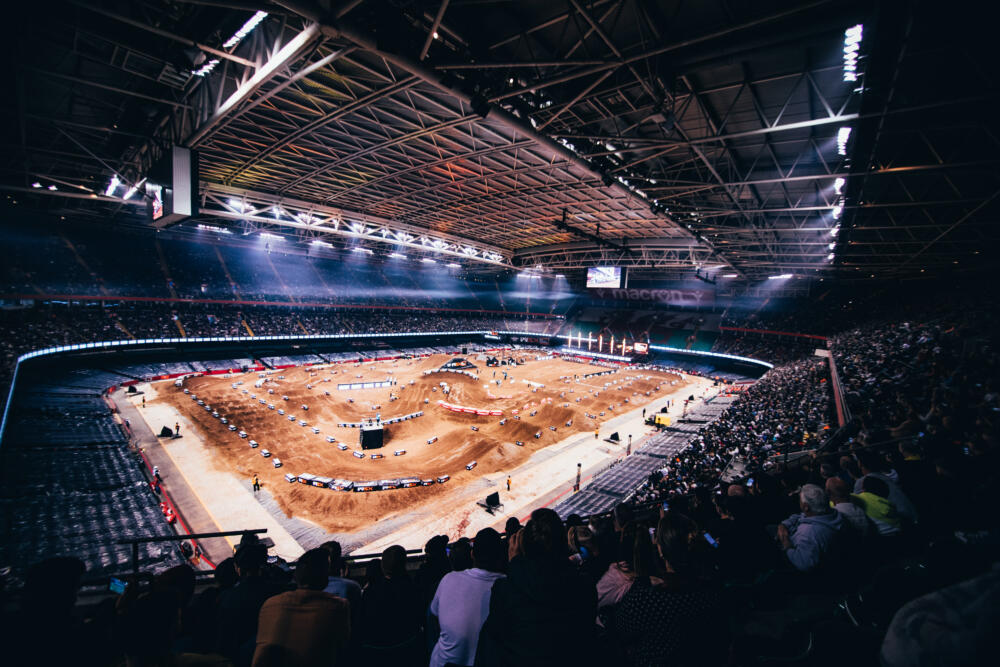 GateDrop: Just on the format again, I mean it is chaotic in the moto’s but for the fans it is great and that might be an eye opener for other championships watching on… they might try and copy you now!

Bailey: Yeah (laughs). I think it is a balance because the madness is great entertainment, and the unpredictability is what we want and the fans want. Myself as a fan loved it because I think it is unpredictable and you don’t know what is going to happen. I know there is a balance, and this is where there’s a trade off because the riders would like more time and the teams would like more time. But at the same time the chaotic part of it is what makes it entertaining. So, you know, we will listen to an extent, but we don’t want them to be too comfortable otherwise we will probably be giving them too much time. We will take it on board, but we will do what the fans want first and foremost.

GateDrop: With this event going so well in Cardiff, I think it would be silly not to come back again next year. Is there a plan for Cardiff to be on the 2023 schedule?

Bailey: It is definitely being discussed. We are talking to many regions; we definitely want to come back to the UK whether it’s next year or the year after. I think this weekend really proved that there’s a great audience here that is hungry for Supercross which we believe. We believe there’s other regions around the world that have great audiences for Supercross too. You know it was a great start and we are stoked they got to come out and enjoy Supercross. Hopefully we will be back soon for sure.

GateDrop: Long-term, are you hoping to cover all of the continents – a couple in Europe, America, Australia then places in South America like Brazil for example?

Bailey: We want to be a truly global championship and cover all the continents. Some more than once so in Europe, once or twice. We definitely want to go to the US at some point in time and Canada probably before then as well. We want to be all around the world, but we are also measured and want to take our time to make sure we do it properly. This is a great start.

GateDrop: I love MXGP but one thing that is frustrating is no prize money which I think is important after Covid implications and the price of living. Doing this for the first time you have introduced prize money and good support for the teams. Was this difficult to put together because there’s obviously a lot of unknown until you do something like this…

Bailey: It was. Luckily, we have great backers which believe in the vision. The biggest thing is they believe in the sport. I think anyone that sees this sport up close, see the athletes up close and see how incredible they are, they get on-board and gets excited. We were lucky enough to attract a financial backer that saw what we do. They’re with us on the journey so it is important we have to deliver now.

GateDrop: Are you a Supercross only kind of guy or in the future if something was available to run a Motocross World Championship would you be open for that or is it SX only for you?

Bailey: I don’t know, it’s a great point. I mean we have our hands full with the World Supercross championship at this point in time so that is our number one focus. At the same time, we are fans of all things two wheels so never say never I guess (laughs).