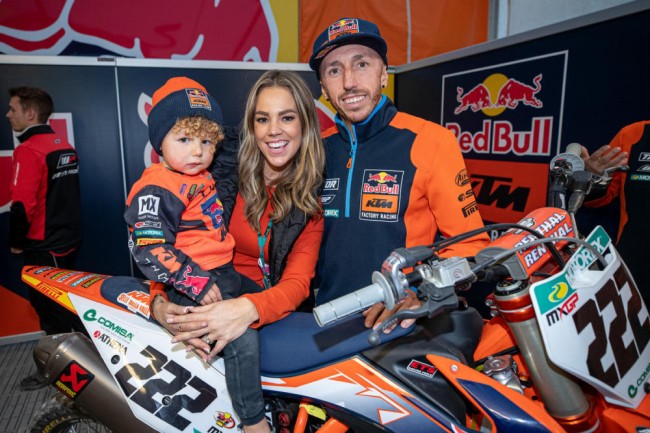 It’s going to be a new life for the Cairoli family from 2022 with Antonio retiring from full time race action even if he will still compete in selected events.

We thought it would be a good time to chat to Tony’s wife, Jill, who has been by his side helping the nine time world champion through all the highs and the lows of his legendary career, to get her take on the man behind the championships and records as well as how it feels to close a memorable chapter in their lives. (Read our interview with Tony Cairoli here).

Jill Cairoli, its the end of an era for you as a family. How do you feel about this (racing) chapter coming to a close, I know Tony is racing next year a bit but it’s going to be different…

Good question, it doesn’t really feel real yet because since we made the decision and since the last race in Mantova, we have been so busy and we are going to be busy until New Year’s eve we all kinds of things; races, cars, charity events, so I’ve no idea how it feels yet! But as long as Tony is happy, I am happy, and I will follow him wherever he goes and, if he does some races in the USA next year, I will follow him and we see how life feels as a retired family.

You must have been impressed with how he rode today!

I am always impressed, he keeps impressing us weekend after weekend, it’s crazy because of course he never rides supercross last time was maybe Genova in 2006, probably! But they invited him to Paris and he has a lot of French fans and he wanted to come here. He went riding this week a few times and he made it to third position in that last moto.

That crash at Riola that took him out of the chance for his tenth title but also his health, even Jeffrey looked around when he saw him on the stretcher, everyone was really concerned. I’m sure for you that was like a worst case scenario but somehow he bounced back again won a GP and third in a supercross!

Yeah and he won the Nations the week after!

What has he got that makes him able to do that?!

I don’t know, I think it’s his mind, he is really strong in his mind and that can make him do little miracles. And he also knew that if would have stayed off the bike too long after that crash, because it was the scariest thing ever that happened to him, it would go in his head. So he was like, ‘ I am going to try and race the Nations, it is our chance to win,’ and they made it – finally. It was the thing that was missing (from his career).

And you have known him I think basically his whole career?

I actually said to him yesterday, he still looks like he enjoys racing like when he was a child, is that the feeling you get watching him?

Yes, so much. And then of course without the fans, these crazy two years with Covid, for him it was really difficult because he was really taking a lot of energy out of the fans and feeling like he has to do it for them. So there he was struggling a little bit to have no fans around but luckily we got the Italian fans back the last five races, which was a little bit too much. But that was nice, it was really emotional for us, for me – he doesn’t show too much!

Is Tony able to switch off from motocross, obviously with his son that helps as well?

And just on your role, you are such a big help to him…

I’m not such a big help anymore because I am taking care so much of Chase now!

Has Chase changed how the GP weekends are for you?

No, because at the GPs, we didn’t want to change to much with the arrival of Chase because I’ve always been there (for Tony) and it’s nice to keep it the same. We always have someone there, my mum or a sister of Tony’s that could help me with Chase during race day so that all kept the same. It’s actually been nicer (with Chase there), this little sunshine is part of this family and I could never imagine it would be so nice – maybe I would have had kids before if I knew!