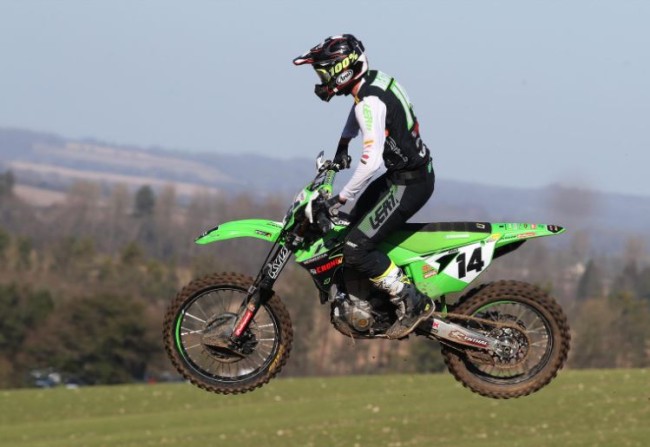 Coming into the 2022 MXGP World Championship was unknown territory for the F&H Kawasaki Racing team. Whilst they’ve been in the GP paddock for a number of years they’ve decided to run an MXGP rider this year in the form of Jed Beaton who is an MXGP rookie himself.

Despite coming into the season as a little bit of an unknown, the weekend went great for the F&H Kawasaki team and Beaton as he rode fantastic to secure sixth overall on his MXGP debut – impressive!

The Aussie has revealed that he’s pretty much riding a standard bike and not only did he battle against some factory bikes at the weekend but he also beat some.

We caught up with Beaton to discuss his MXGP debut and more.

GateDrop: Jed, it was your MXGP debut and as far as debuts go, you can be pretty pleased with how the weekend went for you. Can you talk me through your moto’s?

Beaton: I mean I can’t really complain about it, it was a good way to start of the 450cc career. The first moto I got a pretty good start, made a few passes and felt good and comfortable that moto ending up in fifth. We are back to the two-day format again and I wasn’t feeling as good in the second moto but it’s still a huge learning curve going back to the two-day format and it being my first MXGP race. It is completely different to the 250cc and I wasn’t feeling as fresh in the second one but still obviously had some energy. I ended up seventh and all in all it was a pretty decent weekend. I got some pretty decent starts and felt good on the bike so I can’t really complain.

GateDrop: Just on the two-day format, do you prefer that? Being an MXGP rookie it’s probably good because you’ve an extra day now to suss out settings and things like that…

Beaton: I mean in one way it’s a good thing for more track time and setting up the bike a little bit. On the other hand it is a lot of riding so it’s a win-lose situation. It’s nice to do so much riding but also on race day you wake up a little bit stiff. We will just need to get used to it, we haven’t done it in so long. I am sure after a few rounds we’ll be good.

GateDrop: What was your thoughts on the track today? Last year you didn’t have a great round here and the track was pretty flat but this year it looked very rough!

Beaton: Yeah, 100%. The track was actually unreal. To be honest last year they were expecting a lot of rain so they didn’t do anything to the track and I think that was the reason the ground was so hard but this year they had rain all week I think. Obviously it was that windy last weekend we couldn’t race but the wind was still around a little bit today. The moisture seemed to stay in the ground and I felt the track was pretty good. I mean it was one of the best it’s been since we’ve been coming here, I’d say and it’s always everyone’s favourite track anyway.

GateDrop: On the F&H Racing team, you’ve been with this team before, but this is a new challenge for them as it’s the first time they’ll run an MXGP rider. What’s it like being back with the team?

Beaton: It’s been really good. The transition, it’s obviously a big transition going from 250cc to 450cc but for me it was nice to come back to familiar people. I didn’t really have many opportunities and I was thankful for these guys to give me the opportunity and see what we can do. I’m really enjoying it and I’m pretty sure they’re really enjoying it so I can’t really say much else. 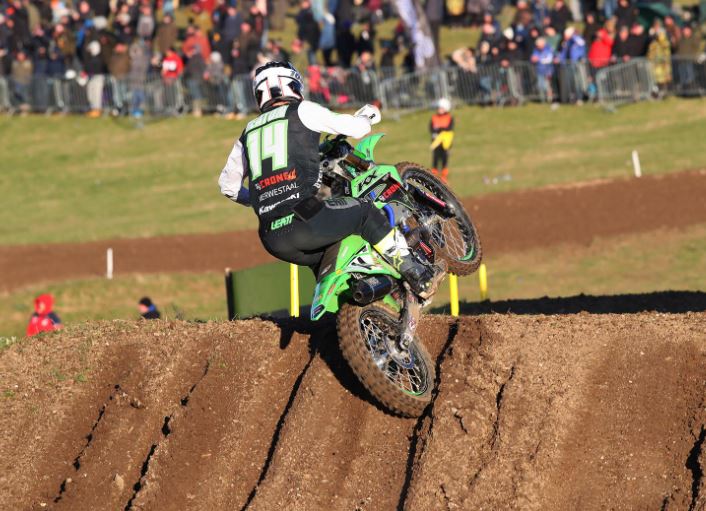 GateDrop: In terms of equipment, can you tell me much about the machinery you are riding?

GateDrop:  Considering you are on a standard bike, you were battling and even beat some factory riders so that must give you a lot of confidence heading into the rest of the season?

Beaton: I have no real expectations or anything. I just want to take it round by round and have fun it. I enjoyed racing a lot today and like I said, it’s a fresh start on the 450cc which is something different. I am pretty happy with how today went but my goal is to get a little bit better and a little bit better so we look forward to it and see how we go.

GateDrop: Lastly, what’s it been like working with Marc de Reuver again?

Beaton: Same as last time (laughs). Not much has changed, he is a pretty funny guy so when we go to the track and stuff it makes it enjoyable. We are always laughing and it’s always a good time at the track so it’s nice.

Jonathan McCready and Andy McKinstry review a brilliant British MXGP that kicked off the 2022 MXGP world championship in style – it had everything!

Listen here on iTunes or on Spotify or You Tube below:

Get our interviews from the event below or on iTunes here: