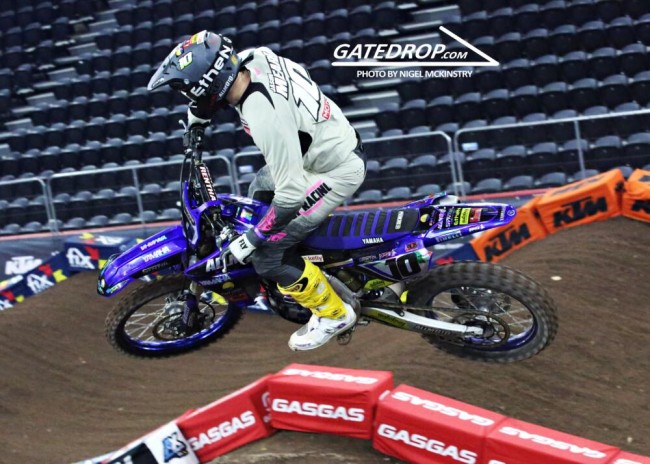 The opening two rounds of the Arenacross UK series which took place in Belfast at the weekend went very well for Jason Meara racing the All Moto Yamaha. The Belfast crowd was packed for both nights in a sold out stadium which created a brilliant atmosphere for the home riders including Meara.

Meara made the final both nights albeit as the public vote for the second round but it was still a positive for Meara to get experience racing with the pro’s and build for the rest of the series.

We caught up Meara to discuss the opening two rounds and more.

GateDrop: Jason, two rounds of Arenacross UK here done in Belfast. The first night you qualified straight through to the main which I think you should be really happy with and especially considering the big practice start. Tonight you got through via the public vote but it’s still picking up experience which is important for you!

Meara: The first night went great. I got straight through to the final from the heats, the riding was just solid, I’m not going to lie, I certainly wasn’t the fastest out there but I stayed out of carnage and got through to the main. The main event it took me 2-3 laps to get going but then I think I rode pretty good and finished seventh – with another couple of laps I could have got into fifth but that is racing.

Tonight (Saturday) was a bit of a different story, in my heat race I think I was third fastest and I was riding really good but it is just taking me too long to get going. For the main event I got through thanks to the public vote but to be honest with you, it was just a disaster. I was dead last off the gate and when you are out there it’s just so hard, you want to go places but there’s riders everywhere. You can’t pick a line, it really is chaos and then I dropped it on the second or third lap. I picked it up and then the top guys were coming to lap me so I had to pull over to let them around me which meant I lost even more ground. It was just over from that point on but as you say, I just rode on for more experience to try and build onto the next one.

Meara: It is really hard trying to adapt, there’s no point telling lies. Some guys have build tracks to mimic what is out there. I went to SX Worx once, ride the Yamaha once and showed up here and went racing. All things considered I can’t be too disappointed.

As far as the class goes, yes there’s no International riders but to be honest, it’s no easier. The class is stacked and these are big names we are racing against but you know what, I enjoyed it and I am looking forward to the next rounds now. 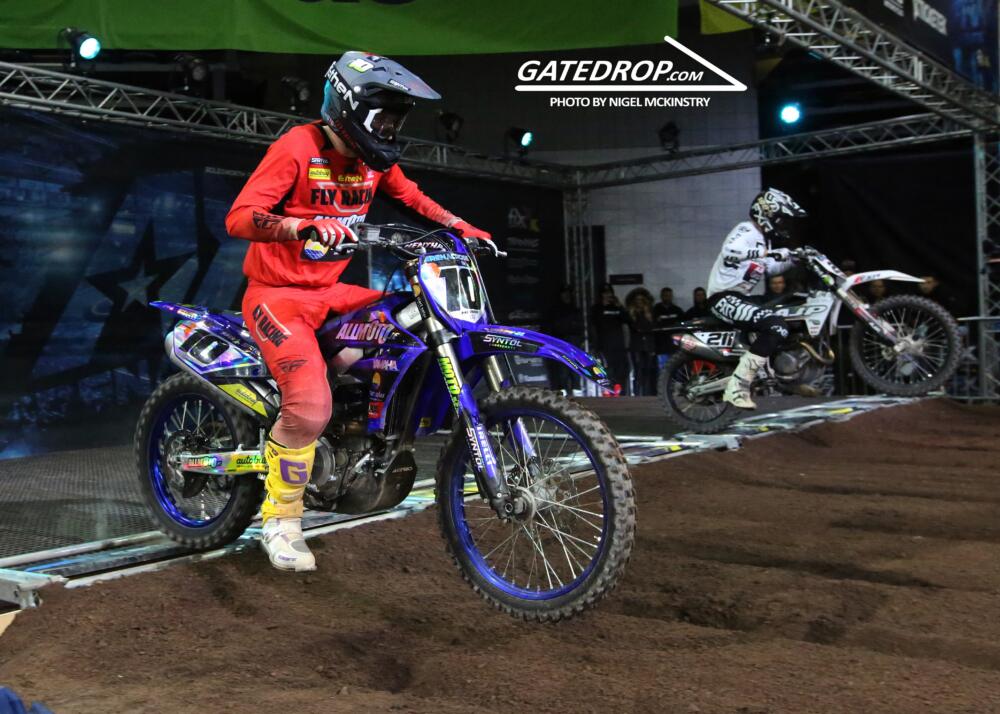 GateDrop: Obviously your Brother (Cailum) worked hard to put this team together so you must be happy to represent him and you’ve only rode the Yamaha once – how did you find the bike?

Meara: Fair play to Cailum, he put this all together himself. He is the one that went round and did the donkey work. He got the sponsors all on-board and also fair play to Lyle as he built both the bikes by himself more or less. A big thanks to them!

As far as the Yamaha goes, honestly after a couple of sessions I felt pretty comfortable right away. The main thing was the power as it’s such a powerful bike so it’s all good.

GateDrop: A lot of these guys will probably have a day or two riding to prepare for Aberdeen, what’s your plans? Probably back to work on Monday!

Meara: Yes, I will be back on the tools on Monday morning. Monday-Friday I will be on the tools and then I’ll get a late boat out on Friday to ride Saturday and Sunday. That is how it is – work hard and play hard. 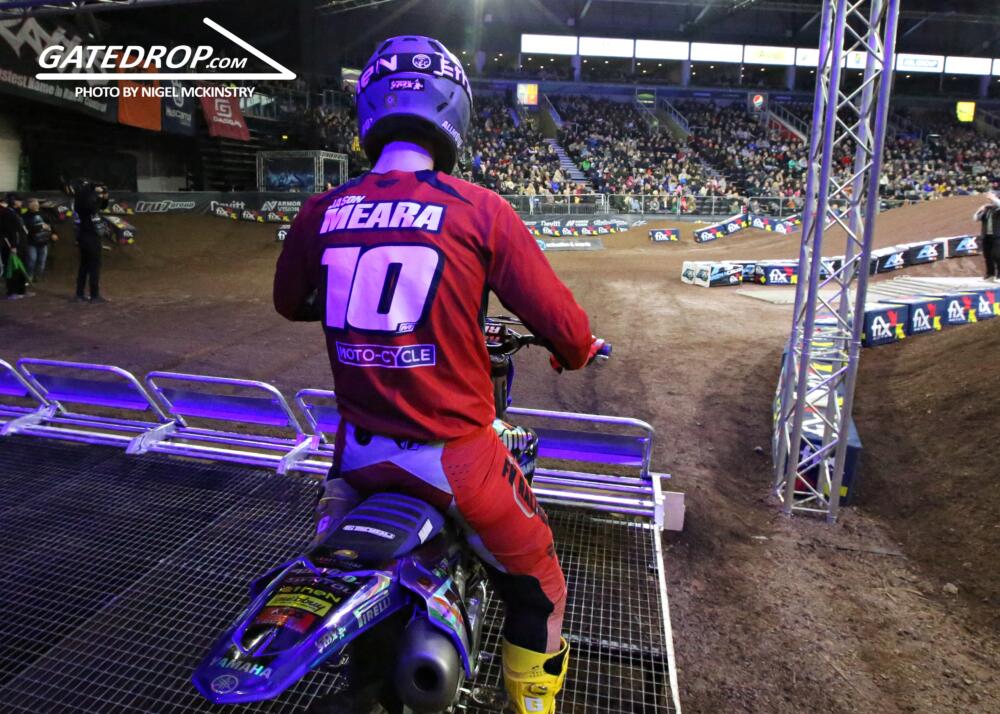 GateDrop: Have you any plans for the outdoor season yet or is it still up in the air? It looks like you will be racing a GasGas…

Meara: I am pretty confident that I will be racing GasGas, I am in talks with someone across the water in England at the moment. He has already been helping me out but we are trying to put a package together. Hopefully we’ll be fit to announce something pretty soon.

GateDrop: Is it looking like British Championship – have you any plans to race at home as well?

Meara: I definitely want to to the British Championship and MX Nationals. If I can do the Irish again then I will but it’s a lot. I work all week and put all my money to go racing. I do it because I love it but we will see what we can do.