Interview: Jason Meara – I don’t want to be running outside the top ten anymore 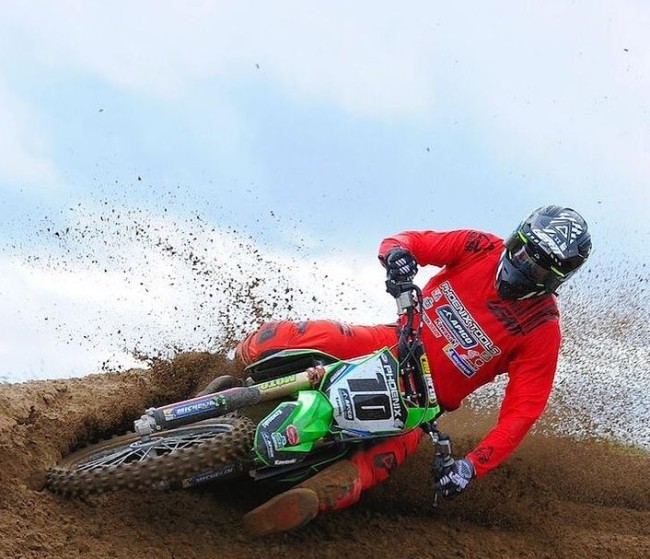 With the British Championship getting underway this weekend we decided to catch up with Jason Meara to get his thoughts on the upcoming season and much more.

GateDrop: Jason, last year there was very little racing but it’s full steam ahead with the year ahead with the British Championship getting underway at Culham this weekend. How do you feel heading into a race weekend, you must be excited?!

Meara: Yeah, it’s sort of a bit of unknown at the minute, isn’t it? I’ve put the work in over the winter, that’s for sure. I done a wee warm up race last weekend as well to get all the pre-season jitters out of the way. Going into this weekend, hopefully I can get a couple of good starts and some solid results.

GateDrop: Just on last year, obviously with no British Championship running and only 4 MX National races, how did that affect you? It must have been really strange because you guys are so used to racing every single weekend since such a young age!

Meara: It was, it was very strange. It was one of those things, you put the work in all winter last year coming out and ready for round one in March. I put in so much effort and then all of a sudden the whole thing comes to a standstill, we then sat around for two or three months doing nothing. Thankfully we got the call to say we were going racing, I think everyone was in the same boat but none of us were firing on all cylinders whenever it came to race time. It was definitely strange and you were making more mistakes and not riding like you normally would.

I actually only got three races in as well because I got injured as well. I feel like it’s been a long time since we’ve done any consistent racing.

GateDrop: How has your preparation been this winter? I know in the past you’ve maybe gone to Spain or France but this year did you just have to stay at home, how has all that been for you?

Meara: To be honest with you, it’s been a lot lighter in the pocket, that’s for sure. Obviously, everything has been closed over here from Christmas really and we are only really starting to get things opened again now. Luckily enough, Philip McCullough sorted out an elite athlete program for us and we were able to do all our training down at his facility in Magilligan.

I definitely got the moto’s in throughout the winter, I was training with all the other boys putting the laps in together. It was good to gauge them boys down there. As far as training wise goes, I’ve never really trained as consistent and as hard since I’ve started racing. I’m probably in as a good a position I’ve ever been coming into this season.

GateDrop: Have you been across to England at all or have you been at home the entire time? How has that worked with the team being from England – have you got a race bike here?

Meara: At the last round of the MX Nationals last year I got one of my new bikes and I brought it home so I’ve had it from pretty early on. I’ve just been training over here, I did go over to England a couple of times to sort out the suspension and stuff out with Moto 33. We haven’t been over a whole lot, just a couple of times but as far as things are concerned with the team I got my bike and brought it over here. Everything is sorted for me being over here so it hasn’t been too bad that way.

GateDrop: I guess it’s been pretty frustrating for you since signing with the Phoenix Tools Apico Kawasaki team because there’s been very little racing. But has that off time allowed you to work and get to know the team better and maybe work on weaknesses?

Meara: I’ve been chasing this ride my whole career. Looking back I wish I had this opportunity maybe five or six years ago when I was going well in MX2 and had a better bike then. I kept working hard at it and finally have the opportunity.

Yeah, like you say, I’ve sort of lost a year last year but at the same time I’ve still got a chance this year as they decided to re-sign me. I’m not too annoyed about that but there’s such a short window in a Motocross career, to lose potentially a full year… things are potentially looking better this year but a second year, when I’m sort of coming into my prime as well, it’s a bit frustrating, you know.

GateDrop: It’s obviously been so long for you since a race weekend, you must be nervous as well as very excited for this weekend?

Meara: To be honest, I’m feeling quite relaxed about it. It’s a long season and that’s the way I look at it, there’s eight rounds of the British and then you’ve got the MX National rounds as well. I don’t need to come out killing it this weekend, if I can just get some solid results and something to build off from the weekend, I’ll be more than happy.

GateDrop: Just on the 2021 season and the British Championship – there’s some big names such as Simpson, Searle, Nicholls and Bobryshev to name a few. I guess the goal is to learn as much from the big boys as possible?

Meara: Yeah, well, truthfully, I don’t really look at them as the big boys. I want to be one of them so I just want to go out there and if I can get a start with them, I know that I can hold my own. At the end of the day they’re all only human, the same as myself. I know I’ve put the work in and I know I have the talent to run with them.

GateDrop: In terms of results what’s your goals for the British Championship in 2021?

Meara: I don’t like putting numbers on it but I definitely want to see myself up at the sharp end a bit more this year once I get my groove going. From the second or third round I want to start pushing on. You know, time is starting to run out and I don’t want to be running outside the top ten anymore. 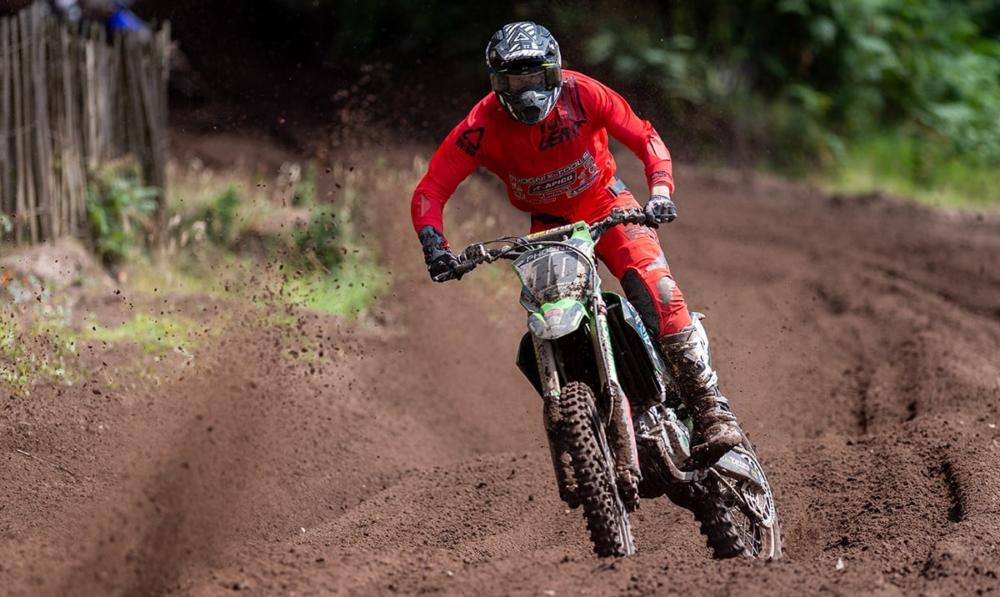 GateDrop: When the British series does start – there’s like 6 races in 2 months or something. Will you be staying in England or will you be traveling home between each round?

GateDrop: With McCormick and Barr moving into the MX1 class adding to the likes of Edmonds and yourself all the big Irish riders will be MX1 so I’m sure you are looking to battles with some of the local men from home?

Meara: It’s good. Obviously Martin is a veteran now so he is and he knows exactly what he’s at. He’s going to be at the sharp end as normal, Stuey is in the same boat too. With me and Glenn coming through, it’s like riding MX2 all over again, we always seem to find each other on the track and it’s always good fun racing.

GateDrop: Obviously you’ve got the British Championship and MX Nationals planned this year – any other plans? Any EMX open or maybe race some Ulster/Irish rounds once the racing here gets back underway?

Meara: At the minute it’s just the British and the MX Nationals. I haven’t really thought about anything else but we will get the first few rounds over and see how things are going. If we are riding well then I don’t see why wouldn’t go and do a round of the European open series.

As far as Ulster or Irish goes, at the moment it’s not looking good for an Irish Championship running but if I have a free weekend and there’s an Ulster or Irish on then without a doubt I will be signing up for that.