Interview: Jan Pancar on a strong start to his MX2 campaign – ‘I think I can do even better’ 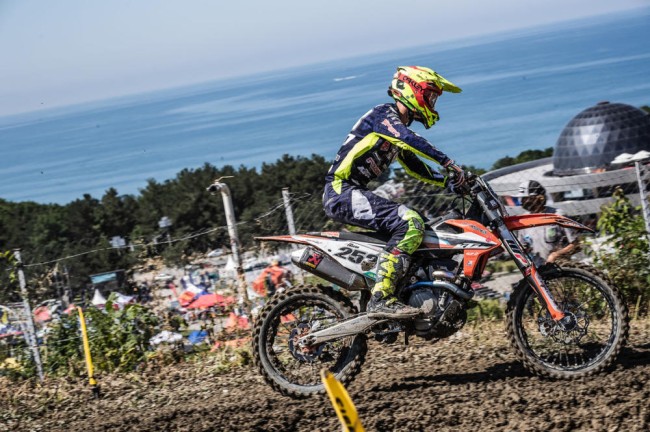 One rider that impressed during the opening round of the MX2 World Championship in Russia was Slovenian talent, Jan Pancar who might not have a factory bike but he’s not scared to run with them. The Racestore KTM rider looked good in the Italian Championship races coming into the season and he confirmed his pace was good at the MX2 opener in Russia by clinching tenth overall.

With the track being so hard pack, it clearly suited Pancar well as he grew up in those conditions in Slovenia so now the challenge for him will be to show this pace at other kind of tracks starting with Matterley Basin but he clearly has a lot of potential.

We caught up with Pancar to discuss the start of his season and more.

GateDrop: Jan, coming into the MX2 World Championship season, you had some good rides in Italy. You must have been happy with your speed and riding prior to Russia?

Pancar: It was satisfying, they went pretty well. It was very good and great training for the MX2 World Championship season.

GateDrop: Russia went great for you going 8-12 for 10th overall – can you just talk me through your weekend?

Pancar: The Russian GP was good for me. Qualifying didn’t go so good as I only put in the eighteenth quickest lap because I couldn’t put a whole lap together. In the first race I started good and I was riding in sixth position but then I made some mistakes and finished eighth. I was really happy with that first race. The second race was good too but I didn’t start good so I had to come from behind. I got up to tenth but then crashed with three laps to go so I lost two spots. Overall, I was happy with the Russia GP as my goal was to finish in the top ten and I was tenth overall. I was happy with it and it was a good start to the season. I think I can do even better but we just need to work from here and improve every weekend.

GateDrop: In that first moto especially to battle in the top five, that must have felt amazing?

Pancar: In the first race I just tried to take it like in training, to push hard and not think about who was behind me. If you start to think about what’s going on behind you then you lose focus and that’s when you can lose time. I was focusing on going as fast as possible.

GateDrop: In the second moto you showed with a bad start you could come through the pack – it’s just a shame you had a crash! What was it like to charge through the field?

Pancar: The second moto wasn’t that hard for me to come from behind because after the first race I saw that I could ride in the top ten so I had good confidence. I pushed hard and passed all the guys, the confidence was there so it wasn’t so hard to push through and come up to tenth even from the bad start, it was a shame about the crash which lost me two positions.

GateDrop: What was the track like? It looked very hard pack and technically out there?

Pancar: The track I think was way better than in 2019. Even though I didn’t race then I was watching on TV and it looked harder and slippery. This year they watered the track and ripped it pretty deep so the track was good. It wasn’t that slippery, I mean it was at the start because of the water but for it being a hard pack track it was pretty good. I liked the track and it was good work from the MXGP guys.

GateDrop: What’s it like to battle with the factory riders when you aren’t a factory rider yourself – I imagine you have to push really hard but it must be nice for you to battle and beat factory guys?

Pancar: It was definitely intimidating in the first race to battle with all the factory guys but now after this race, I know that I belong there at least on the hard pack. So now it’s not that intimidating so I feel good now that I know that I can ride with them. I feel I can do even better if I can make some things a bit better. 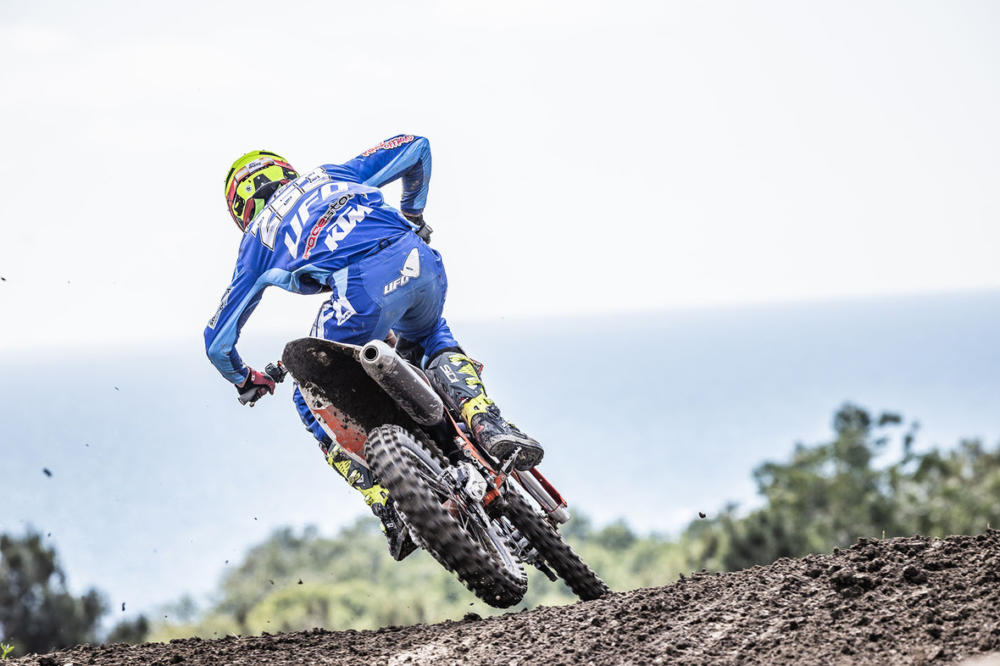 GateDrop: Coming into the season what did you change/focus on – it looks like you’ve really stepped things up over winter?

Pancar: Coming into the season I did change a lot of stuff. The main part was that I got a new trainer for physical training, Marko Tomič. We trained really hard this winter, we went eight times a week. Before I didn’t train enough, I was training like three-four times a week and for sure that wasn’t enough to be at the top level. We trained really hard to get into shape so I feel much better this year and I feel I can show my full potential. I still feel that I can improve so we need to continue to work hard and improve from here.

The season before my technique was always better than my physical side so I was always underperforming. I could always do better but my body was not strong enough so this is the biggest difference from last year. Now I am much stronger and really do what I want.

I would like to thank to all my sponsors because I wouldn’t even go to the race if it wasn’t for them: my team KTM Racestore, TEM Čatež, Nastran transport, Rok Miklič transport, Vulkanizerstvo Vovk Boštjan, Triglav, UFO Plast, Akrapovic and PROFI-gym – thank you guys!