Interview: Jake Sheridan talks about his triple GP at Lommel 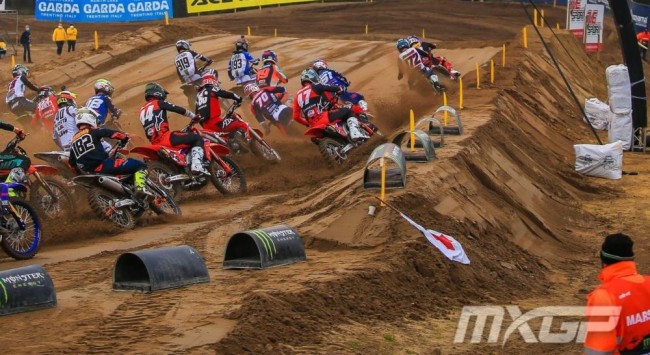 Young Irish talent, Jake Sheridan hasn’t had too much racing this year due to the Ulster, Irish and British Championships all getting cancelled due to COVID-19 but he decided to travel to Belgium to race the MX2 World Championship triple header at a brutal Lommel.

Sheridan attempted to qualify for the EMX250 series in 2019 but after securing an MX2 wild card entry it took the pressure off having to qualify.

The track was very rough at all three events and Sheridan learnt lots over the week – we certainly don’t have tracks like that in Ireland!

We caught up with Sheridan to discuss his MX2 World Championship experience and more.

Gatedrop: Jake, three GP’s at Lommel in the space of a week, have you recovered yet (laughs)?

Sheridan: I’m not quite recovered yet (laughs). I took a couple of hard crashes in the moto’s throughout the week but I’ll be all good in the next few days.

Gatedrop: Can you talk us through each of the GP’s at Lommel?

Sheridan: From the start of the GP’s, I knew it was going to be difficult so I tried to have the frame of mind to just focus on my own riding and to do my best. From the first gate drop to the very last one so much was learned and changed with bike set up.

My dad studied the faster guys bike at how they handled the bumps in the moto’s from the pit box and sky box area while my mam was on pit board duties. We were improving throughout the week so it was really nice to make a difference.

Gatedrop: You obviously had a go at qualifying for the EMX250 series at Lommel last year but just came up short, how nice was it to race with the best 250cc riders in the world?

Sheridan: It was really nice to have raced the track for sure, this time you could say it was a little intimidating for my first GP but I embraced it and tried to get the best start I could and go with them and see what happens.

Gatedrop: You obviously have plenty of experience racing the MX2 British Championship, how much of a step up again is the World Championship?

Sheridan: I think it’s a massive step up for sure, theses guys don’t mess about. They are so committed to every inch of the track and will ride through you if you are in the way (laughs).

Gatedrop: Conditions were very tough and especially at Lommel 3, the track looked brutal. How would you describe the track?

Sheridan: Yeah, Lommel 3 was the toughest in track conditions from free practice it was already rough and heavy going as it rained for most of the night. In the moto’s the track started to come right but was still heavy going. they put new sections in the track for the last GP from the previous 2 GPs there, I have not raced a rougher track than that (laughs). 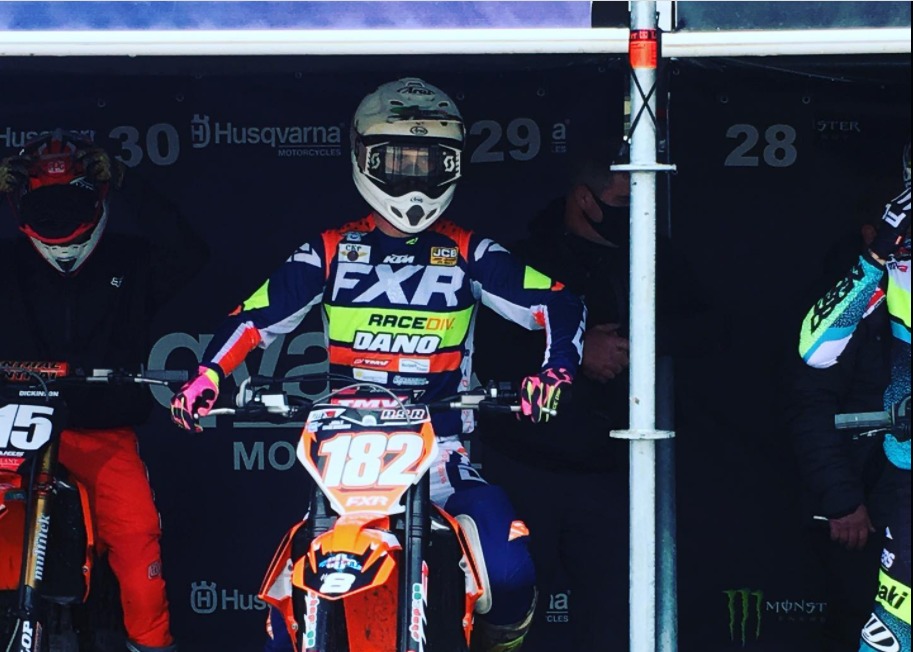 Sheridan gearing up for an MX2 moto at the brutal Lommel.

Gatedrop: You spent a week at the track, did you get to know or did you talk to many people in the paddock?

Sheridan: I spoke to a couple of people just chatting away but mostly stayed in my own bubble. There was a place at the back of the track were you could practice starts and some GP riders, the likes of Jeremy Seewer and Romain Febvre and some EMX250 riders doing starts, it was nice to watch the different techniques and learn.

Gatedrop: A lot of riders didn’t survive but you came out unscathed and seemed to get better as the week went on, you must be happy with how it went?

Sheridan: I had my shares of crashes and little nagging injuries throughout the week but luckily to have kept the bike safe from over heating with the tough conditions. I was happy that I was able to improve on my riding and my results, it was satisfying to ride parts of the track a lot better than my first GP round with the changes we made to the bike.

Gatedrop: At Lommel 2 you were just outside the points, how intense are the first couple of laps? Is that anything you’ve experienced before?

Sheridan: Yeah, I was really close in the first moto in Lommel 2 to the points I think because I have not raced that much all year. I was not race sharp and lacked the intensity for the first few laps and rode tight but I got into a rhythm and just rode my own race. I think it was more of the fact of trying to get into that rhythm and timing of the bumps made it more intense than the pace of the race.

Gatedrop: What was it like getting lapped by the likes of Vialle and Geerts – are you just thinking “wow”? They carry amazing corner speed..

Sheridan: It was an eye opening moment as I felt like a snail going around and to compare to them I was for sure. But it was nice to see how they attack the track and what stood out to me was they just carry a lot of speed into the corners and in control, also the commitment to any part of the track rough or sketchy – it’s just full gas.

Gatedrop: What sort of things did you learn from the triple header at Lommel?

Sheridan: I learned bike setup and a more understanding of my suspension. Myself, Mam and Dad worked hard over the week to make the bike better and also myself at riding the rough track.

It was an experience of a lifetime and for sure I wish I could have done more this year as it will just make you grow as a rider and as difficult as it is we stuck at it and were able to better our results from round to round.

Gatedrop: Looking ahead to 2021 what things will you be working on and what’s your plans for the year ahead?