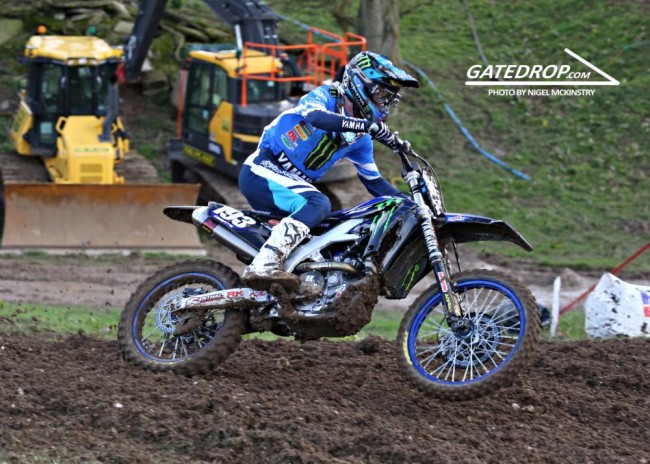 Winning the first GP is always a big step and when Jago Geerts looks back to his past weekend in a number of years he’ll have a lot of fund memories winning his first MX2 World Championship overall at Matterley Basin – the first round of the season.

The season couldn’t got off to a much better start for Geerts as 1-4 was enough to clinch the overall victory. A crash when he was battling for the lead in the second moto potentially cost him the perfect 1-1 but never the less the Belgian’s speed is impressive.

Heading to Valkenswaard, a track Geerts usually performs well at he’ll be looking to make it two GP victories from two.

We caught up with the MX2 Factory Yamaha rider to discuss his weekend and more.

Gatedrop: Jago, your first GP overall victory. You were close a few times last year but how does it feel to finally make it happen and you had to pass guys to make it happen as well?

Geerts: It feels really good to get my first overall win at the first GP of the year. I had a really good day, the first race was really good after a not so good start. I passed all the guys and my speed was really good, I felt good on the track. The second race,  my riding was also pretty good but I had a big crash and hurt my shoulder a little bit. I came back to fourth and won the overall so I’m happy. We will see how it goes this weekend, maybe I can do it there again, we will see.

Gatedrop: I’ve noticed in pre-season and also this GP, you have been getting better starts. Is that something you’ve been working on with the team? Last year starts cost you a lot.

Gatedrop: With your starts being so bad last year you weren’t the at front often and the speed is intense at the front during the first few laps. Is that something you still need to get used to? In the second moto Hofer passed you but if you were coming from behind you’d have probably caught him.

Geerts: Yeah, I’m not really used to it. After a couple of times it will get better I think. The intensity was for sure really high in the first laps so I need to get used to that a little bit and then we will be okay.

Geerts: I think one or two times and then I’m ready for Valkenswaard. I’ll also do some physical training and then it’ll be good.

Gatedrop: Over the winter was there anything specifically you worked on in order to improve for this year?

Geerts: Not really. I almost had the same pre season winter as last year. I trained a lot in the mud in Belgium and at Christmas we went to Italy for a week so that was good training on the hard pack. Before the first GP here we had some hard pack training in France so I think I had a good winter. I’m happy with the start of the season.

Gatedrop: A lot of riders choose to go to Spain or America for pre-season whereas you stayed in Belgium and rode the tough conditions. That probably helped you this weekend and I guess it’s riding those conditions which make you a better rider?

Geerts: I think so. That’s why we always stay in Belgium during the winter because you learn a lot when you ride in the mud and the difficult ruts. That’s for sure one thing that I will keep doing. 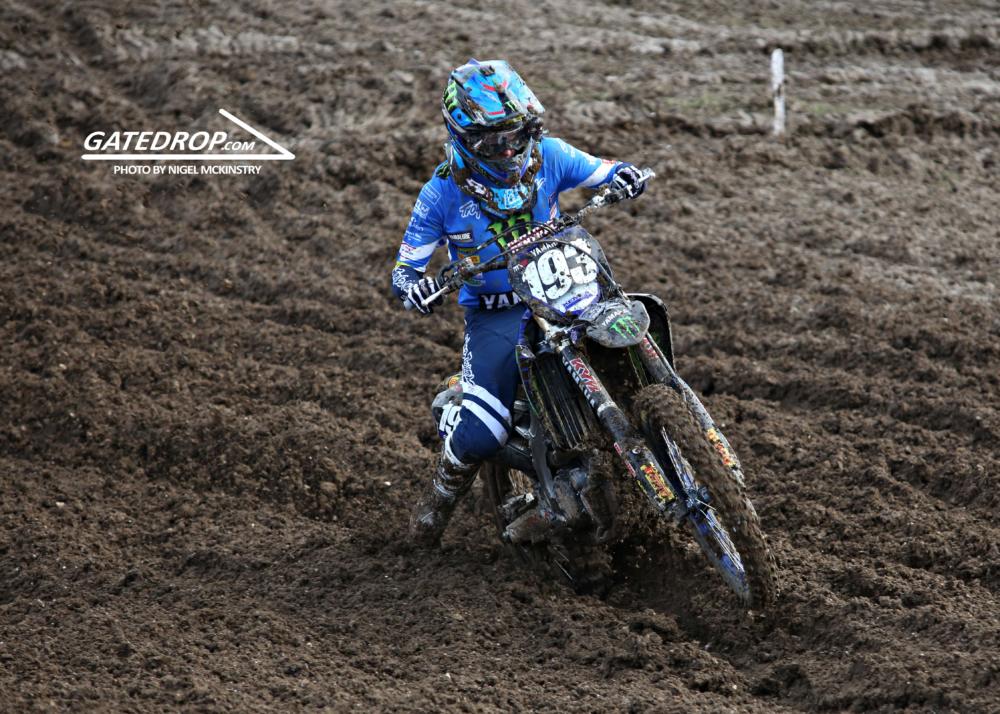 Gatedrop: What was the track like out there today at Matterley Basin? It looked technical out there.

Geerts: The track was really good this year, it was really rough and really technical. For me it was better than the last two years, because of the rain it was a little bit more deep and I really like that. I liked it this weekend.

Gatedrop: You will have the red plate at Valkenswaard, does that add any pressure?

Geerts: No, not really. It’s still early in the season and I am just looking forward to riding with the red plate at Valkenswaard in front of my home fans.

Geerts: For sure the goal is to become world champion but only one rider can become champion. I think the goal is to be for sure in the top three and when everything goes well I hope to fight for the title, yeah.

Gatedrop: Valkenswaard, that’s a track you typically ride well at and you seem to like it..

Geerts: Yeah, I really like the track in Valkenswaard, the last two years I’ve had some good races there so I’m looking forward to it. It’s close to home so it’s really nice and I hope to do good there.