Interview: Jack Brunell on racing with the best at WSX 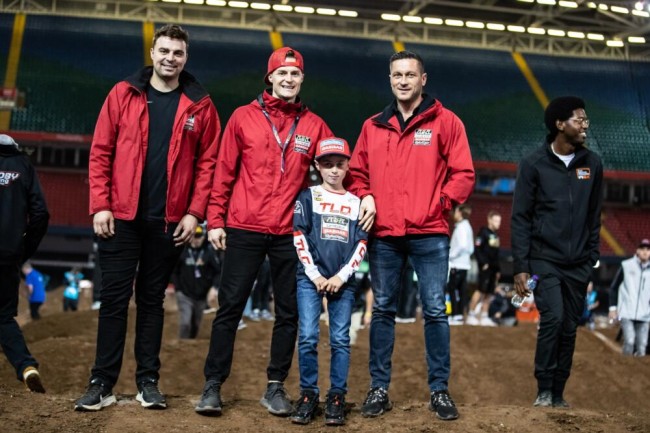 One of the best Supercross riders in the UK, Jack Brunell got to experience racing the World Supercross Championship in Wales at the weekend which was great for the ASA United GasGas rider to be part off.

Brunell raced some AMA Supercross rounds at the start of the year but ending the year racing in front of his home UK fans was perfect and in the first main event he finished a superb ninth!

We caught up with Brunell to discuss the event, being beside Eli Tomac in the paddock and more.

GateDrop: Jack, that’s the first round of WSX in the books and you executed good starts in pretty much all of the mains. You must be happy with how  you rode tonight?

Brunell: Yes mate but I mean it has been tough, I was really nervous. Yesterday was terrible really and to be fair I just felt uncomfortable. When I was out there I was scared, really really scared, I didn’t want to get hurt. Today we changed a lot on the bike, we changed my suspension as it was way too soft. It felt better and I just felt so much more comfy. I was happy with that, I know that I am more of a racer than putting in fast laps so tonight I am happy with. The first race, I ended up ninth and the second race I was up there again. I was right on the outside and then I cut through and zig zagged through and did the triple, I was around ninth again. I just slipped out and it was a bit silly but to be honest, after that I was just tired for the last race I was just blew out. It was just really hard.

GateDrop: Being nervous and having Eli Tomac opposite you in the pits must not help matters!

Brunell: No (laughs). But it has been a dream to be fair. It has been unbelievable and just having him next to me. He is such a nice guy and has talked away to me. He is just a normal person and speaking the whole time was really cool. Just to be part of this whole event, I am really proud of it. It has been a hard time, you know what I mean. My Dad would have loved this.

GateDrop: I remember speaking to your Dad actually one year at Belfast Arenacross and he said this was the future and here we are now – a World championship event in Cardiff!

Brunell: This is what he lived for. Just look how many people are here as well. We also just heard that Arenacross is coming back for next year which is mega. We just need to get some more young English riders involved. Hopefully they will start coming through now there’s all this racing because Supercross is the future. 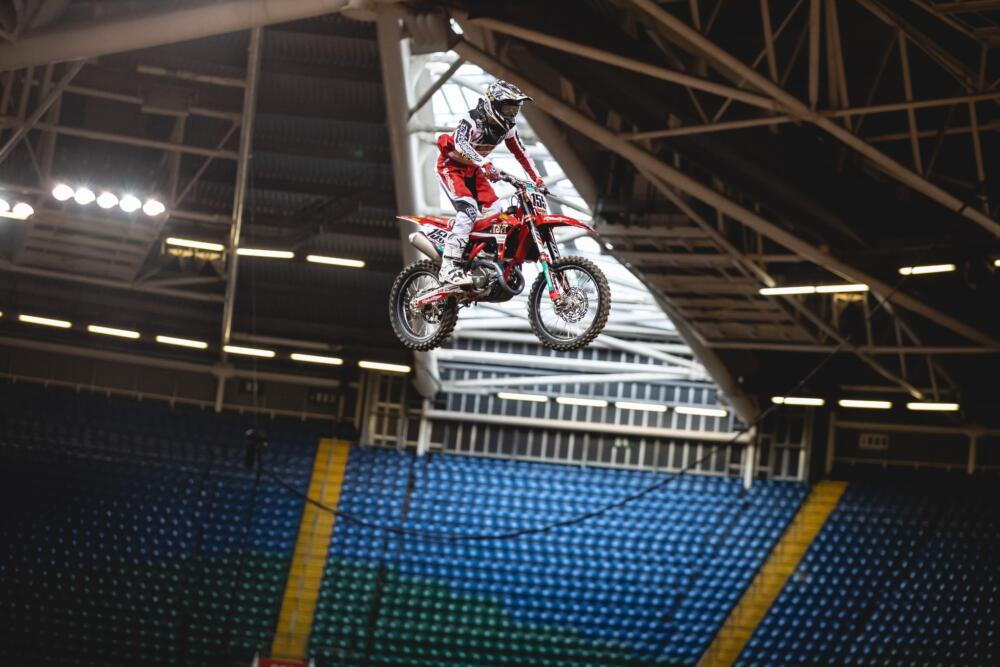 GateDrop: Just on the format, have you ever raced anything like that before and what was your thoughts on it?

Brunell: I mean I quite liked it because you are still warm but I blew out mate. I mean I work five days a week, I know it’s not an excuse but these boys, it’s their job and are all paid just to be here. I’ve came here just out of my own bat. Lee (Tolan) supported me and the guys from CI Sports supported me so I can’t think them guys enough because this is the only race that I do on my own so I am well happy.

GateDrop: Thoughts on the track? Obviously you did some AMA at the start of the year – how would it compare to a basic AMA SX track?

Brunell: I went in January on a 250cc and I should have rode a 450cc there really but I just decided to go with the 250cc. That’s how all the practice tracks are like, they’re pretty much all like that. You can see how fast all the guys are and so consistent all time. I didn’t make any silly mistakes and didn’t hurt myself out there so I am happy with that.

GateDrop: Usually to see anything like that we have to go to America so to have it here in Cardiff I think is just what the sport needs…

Brunell: Yeah, it’s been mega. It is really good for the future and I can’t wait for it to go again. Next year we might get it back and then we will go from there.

GateDrop: What was your thoughts on the atmosphere?

Brunell: It was unbelievable. To sell out a stadium like this is mind blowing and with the people around, great.

GateDrop: What’s your plans for next year – Arenacross I assume and could you do any AMA again?

Brunell: No I won’t AMA. I have two boys at home and have another baby due in March just after the Arenacross so I will just enjoy that. After that we will just hopefully get ready for Supercross again.