Interview: Brad Todd discusses the decision to race the MXGP of France 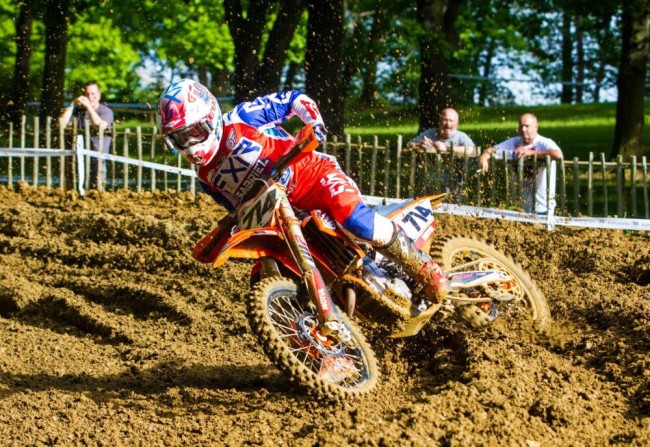 There have been a lack of British riders contesting the World Championships this year with the exception of Ben Watson, Conrad Mewse and Joel Rizzi but Brad Todd has decided to travel to France to contest the MXGP World Championship at Ernee this weekend.

On the decision to contest the MXGP of France…

“We have decided to do Ernee just on the fact that I feel I need the experience. All the riders in front of me in the British (Searle, Kullas, Gilbert, Simpson) have raced GP’s and I feel I may benefit from the bike time with the elite level”.

I feel there is a clear reason why more Brits are going to race the AMA stuff rather than MXGP and it’s all coming down to cost and prize money and the quality of the events. The cost to enter is €1000 before even getting two vans there and all the other costs with fuel, tolls, tyres, bikes, wages – I could sit and name a big list for you but basically I just feel they’re making it to difficult to be able to afford to do it. Probably the reason why the EMX classes are full is because it’s just over a quarter of the price less to enter.

Expectations for the event…

My expectations are to most likely get spanked but if I can get a good start and tag onto a good rider for a couple laps, I’m going to no doubt learn something and make the trip worth while. Let’s be honest nobody wants to go and get beat by everyone, but I feel if any British rider got the funding and did the hard work (which I feel some fear), we would have a few more Brits at the Grand Prix’s.

A big thank you to Simon at Gabriel insulation services for funding this whole trip and to all the team sponsors that help make it happen.