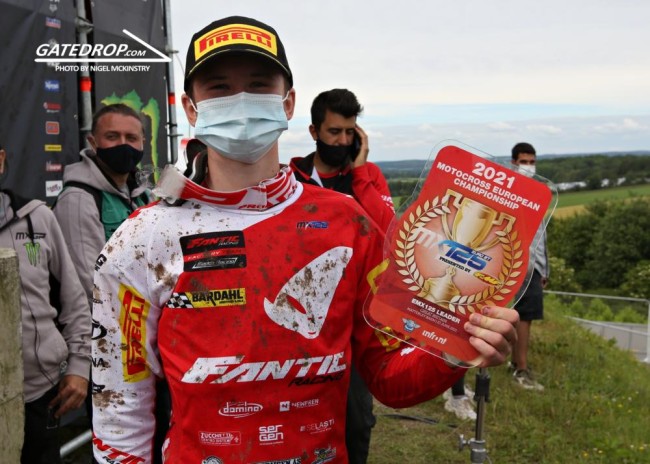 Håkon Østerhagen is such a good example of how fast a rider can improve and how their career can turn. It was only a couple of season’s ago the young Norwegian wouldn’t even qualify for some races. Fast forward to 2021 and he’s the hottest property in the championship.

After being picked up by the Fantic Maddii Racing team, Østerhagen was one of the heavy favourites coming into the season but he never let the pressure get to him at Matterley Basin for the opening round.

We caught up with Østerhagen to discuss his very impressive start to the series and more.

GateDrop: Håkon, it was nearly the perfect weekend for you but a small crash in race two and then the red flag in moto two meant you couldn’t get the 1-1 but nevertheless a great day!

Østerhagen: The weekend started perfect going 1-1 in free practice and timed practice. Of course, free practice doesn’t really mean anything but timed practice plays a big part for the race. In the first race I didn’t really get the best start but I quickly climbed myself up into first position and I held it to the finish. In the second race I had a better start but my front wheel slipped out in one corner and it pushed me back to seventh or something. I pushed really hard to go back to the top but after I got back to first the yellow flags started to wave and then the red flag so after the result went back a lap I didn’t get the 1-1 but I am happy with the overall.

GateDrop: This is obviously the first time you have won at this level in your career. How does it feel or because you were one of the main favourites coming into the season is it more relief?

Østerhagen: When you win the first race of the season you gain a confidence boost. I knew and knew in myself that I could just go out there and ride like I can that I would do really good. It paid off, I am just really happy for myself, team Maddii and everyone involved.

GateDrop: It was only a couple of years ago you contested this series and sometimes didn’t even qualify, you must be delighted with the progress you’ve made in a pretty short space of time?

Østerhagen: Yeah (laughs). The first year I raced this series I only qualified four times. It’s just all about the progress, progress and progress as well as help from a lot of people who are good to help with the riding and the training. Basically it’s all thanks to my trainer, Kenneth Gundersen and team Maddii for helping me so much. 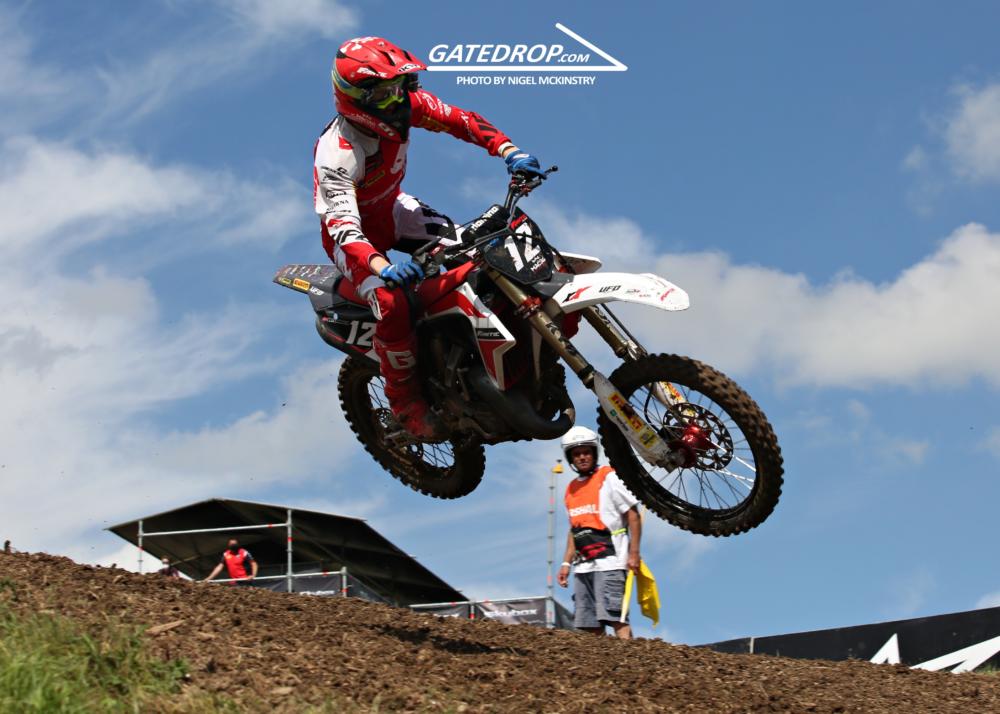 GateDrop: How has it been going with the Fantic team and working with Marco Maddii? He seems to be very good at spotting young talent and helping them with their weaknesses – yours in the past has maybe been too much crashing, is that something you’ve worked on?

Østerhagen: Yeah, I mean the pre-season races didn’t go as well because I had some crashes there too but from CreyMert to being in a Factory team, it’s a big step for me. As you know, team Maddii has been great over the years and even just thinking about going there is amazing. I was so lucky that they wanted me and I feel lucky to be part of the team.

GateDrop: What about all the Norwegians? In EMX250 they went 2-3-4 in race one and then you win the EMX125 series – that’s pretty crazy for a small country and I’m sure you want to follow in their footsteps!

Østerhagen: For sure I want to follow in their footsteps, I want to be the Norwegian guy to be at the top and for the moment in the EMX125 class I am but anything can happen. There’s not so many EMX riders from Norway because we don’t have the highest level of racing or as much pre-season races. Some of us are just born with a gift and I feel like as long as the kids coming now are getting better and better it’s positive. I hope they can follow in my footsteps as well.