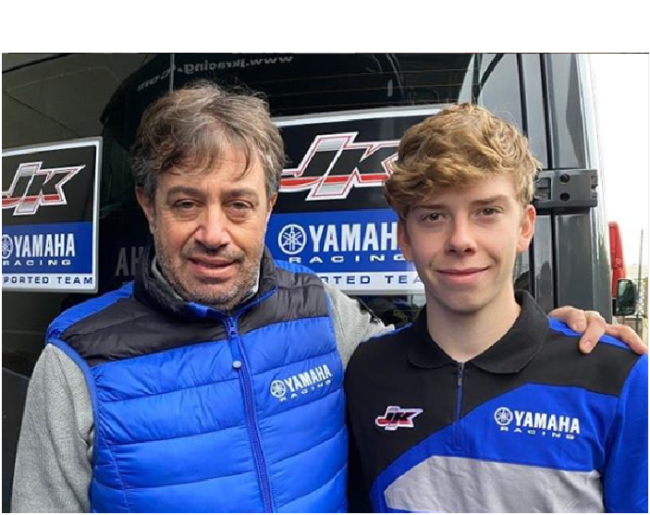 One rider that showed a lot of promise in the EMX125 class is young Dane, Glen Meier. Since making the move up to the 250cc he’s been improving every year and the 2019 season was positive.

It’s recently been announced that Meier has signed with Italian team, JK Yamaha for the upcoming season to contest the EMX250 series.

We caught up with Meier to discuss the 2020 season and more.

Gatedrop: Glen, it’s been announced you’ve signed with JK Yamaha for 2020, how did the deal come about?

Meier: I was working on a few different opportunities for 2020 but nothing worked out like I wanted. So I reached out to Riccardo from JK Racing. He was interested in what I wanted to do for next year, the team felt professional and the people around it really nice which I liked.

Gatedrop: Looking back at your career, you had some very bright moments in the EMX125 class even winning a moto! What’s your best memories from racing that class?

Meier: The EMX125 class was really fun. Everyone was really fast, especially the top 10 guys. Everyone had a chance to win if they got a good start. Which made it really tough but fun at the same time.

Gatedrop: Making the move up to the EMX250 class hasn’t been easy for you but the class is tough. How did you find making the switch from the 125cc to the 250cc?

Meier: My first year in EMX250 was quite okay. I had a some top 10 finishes and a pole position in Mantova, so I was satisfied with that. Going into the second year in the EMX250 class my speed was really good. I qualified top 3 at the first two rounds, but I had really big problems with arm pump! This was also the problem last year, so I got that fixed for this year and I’m slowly getting my speed back.

Gatedrop: This year you looked much better and was the best speed you’ve showed on the 250cc, where you happy with your speed?

Meier: Yes I’m happy about that, and the steps I’ve made this year this year, and I want to keep doing that.

Gatedrop: You made the move to the Yamaha, did you feel more comfortable on the bike?

Meier: I really like the Yamaha. I like the handling more and feel more comfortable on it.

Gatedrop: Next year, what are your goals for the EMX250 series?

Meier: My goal is to be consistent, now that I’m going to do the whole championship. It’s really important to be consistent in that class to have a good overall finish near the top. Everything/everyone around me will be really good and professional so I have everything that I need to make it a good year and stay consistent all year.

Gatedrop: Long term what are your goals for the future? I’m sure you want to make it to the World Championship!

Meier: Yes my goal for the future is to ride the world championship. But it’s tough to get there, especially financially but if the right deal comes I will take it. It’s always been a dream to ride world championship so I would love to do it.

Meier: Yamaha Scandinavia. Team special Montering which will be my danish team for 2020 for also helping me and allowing me to ride for JK Racing.