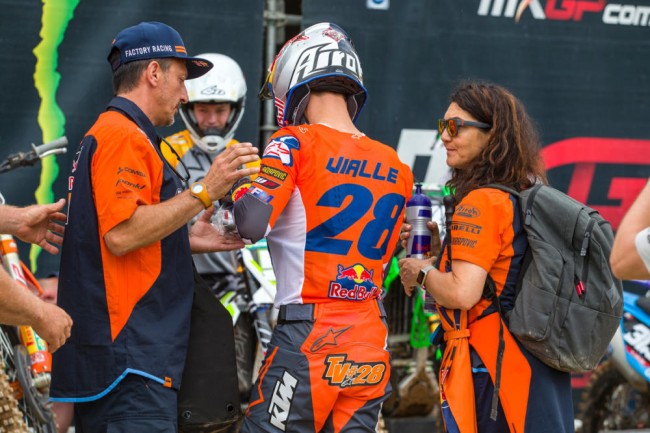 Tom also joined his dad in the GP victory winning books – he still has plenty more to win to overtake his dad but he’s heading the right direction. After two rounds of the MX2 World Championship this year, Vialle has the red plate and is one of the favourites to take the title which shows just how far he’s come in the last year.

We caught up with Frederic to discuss his son’s progress over the last year and much more. We recently talked about his own career which you can read, here.

Gatedrop: At the end of 2018, it was announced Factory KTM would sign Tom – it’s unusual for them to sign a rider that finished eighth in the EMX250 series. Was it a surprise when Tom got the offer to sign with the best MX2 team in the paddock?

Vialle: Of course we were also very surprised. It was for a lot of things that Tom got the factory contract and an incredible chance. Tom was also doing some tests with Joel Smets before he got the contract with the Factory team.

Gatedrop: You’ve obviously played a big part in getting Tom to where he is today but with Joel Smets involvement at KTM, you’ve had to step back a bit – has that been tough for you?

Vialle: I really pushed and wanted Tom to work with someone other than me and Joel was ideal. I’m happy to go a bit back from Tom and he needed that for his progression. Of course I continue to help Tom during the week and during the GP weekend for the organisation, It’s working good and I feel good with the way it’s going.

Gatedrop: Tom rode really well last year and he didn’t have to wait long for his first podium – Matterley Basin at round two! A special day, you must have been an emotional dad..

Vialle: What surprised me the most about Tom is that he was alone the team when Jeffrey (Herlings) was injured. Everything was new for him but he showed incredible maturity as if he has always been part of this team, he managed to do the job. 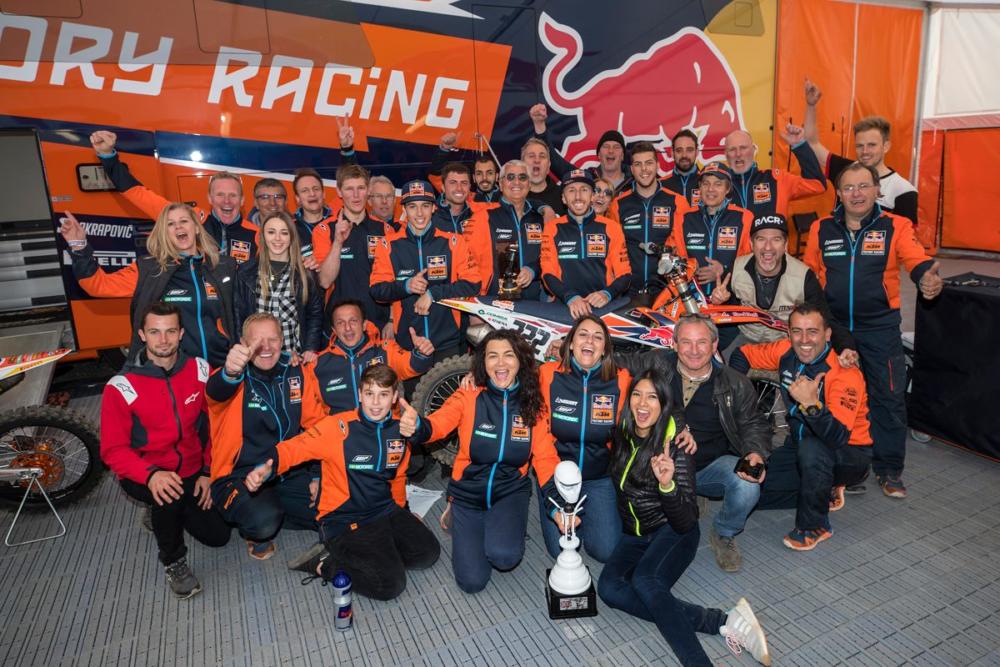 Gatedrop: In Sweden, Tom won his first ever MX2 World Championship round, a great day, what’s your memories from that race? Is it more emotional when it’s your son winning than yourself?

Vialle: An incredible race because the circuit wasn’t favourable for Tom but he adapted his riding very well.  This is much stronger than my victories at the GP’s. It was a great feeling for the whole family because of where Tom has come from, you must not forget that. 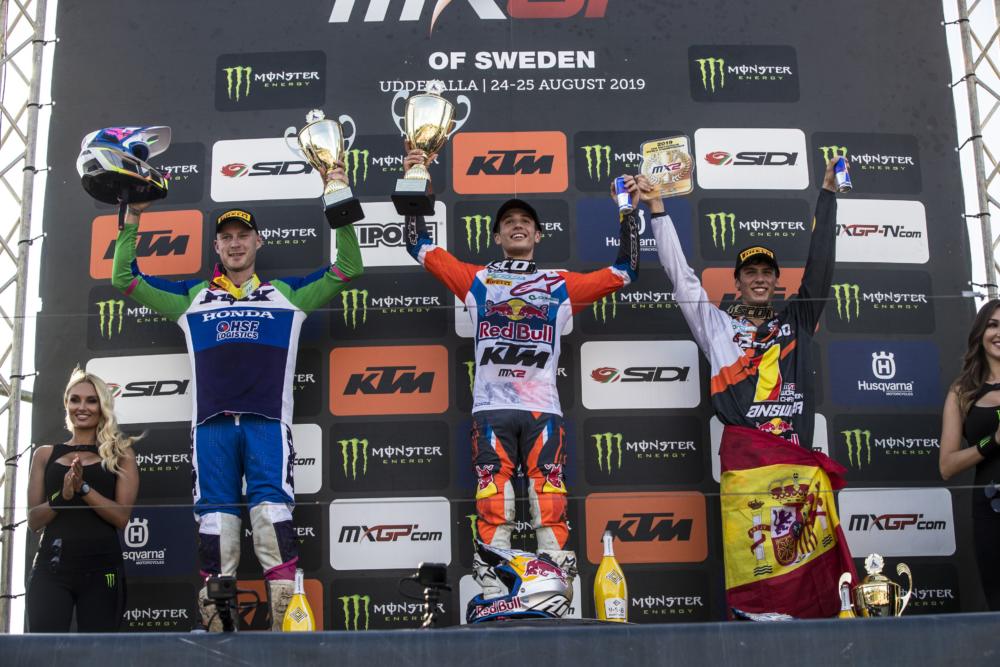 Gatedrop: Last year fourth in the MX2 World Championship as a rookie – what did you expect from him last year, did he even surprise you?

Vialle: The objective from KTM for Tom was to finish in the top 10 in the Championship, for me the goal was top seven but at the end of the year he really surprised me. It was incredible for him to be so close to Prado.

Gatedrop: There were a lot of people questioning KTM when they announced the signing of Tom – it must feel great that Tom has proved people wrong, what would you say to the doubters now?

Vialle: Tom was in competition with several riders for the ride. He tested the bike and he was the fastest during the testing, now you can see that Joel Smets was right to pick him. It was not so simple but I do understand the reaction. It’s also important to not forget that Tom was riding with a standard Husqvarna, he won one moto and got podiums in the EMX250 class. I was convinced that with the Factory Red Bull KTM bike and a strong team like this, that Tom would get good results.He’s proved a lot of people wrong and he impressed me every day with his desire and his work.

Gatedrop: I believe the family now lives in Belgium, a big sacrifice to leave your home country in France, what’s that been like and has it been tough?

Vialle: Yes, there’s been a lot of sacrifices and few parents would have done what we are doing.

Gatedrop: Last year Tom was selected to ride for France at the MXoN but we all know what happened. What’s your opinion on it? Do you know if the issue will be resolved for 2020 if the event happens and/or in the future?

Vialle: I think there was a big problem with the communication. I think that for this year it’s 90% sure it will be Dylan Ferrandis who gets selected.

Gatedrop: This year what’s the goal for Tom – to win the title? Who do you see as being the biggest threat for Tom?

Vialle: Of course, he will go for the world title but the championship is not simple because there’s a lot of good riders with years of experience. We will stay focused on what we are doing.