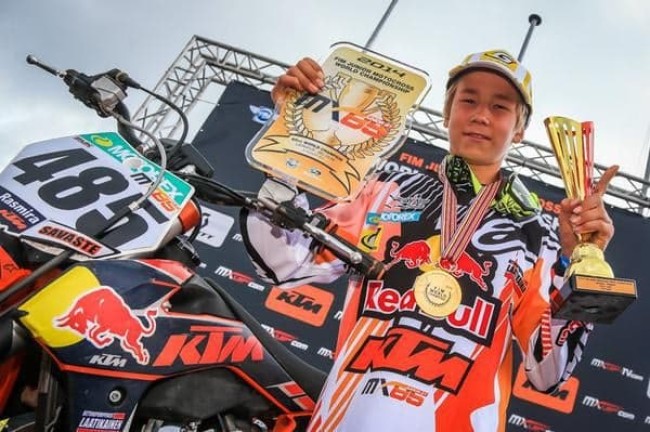 Six years ago the talented, Kim Savaste had a great saeson as he clinched the Junior Motocross World Championship title. At the time, the young Finn was a factory KTM rider and had a lot of pressure on his shoulders but didn’t disappoint as he delivered the title at Lierneux in Belgium.

Savaste beat some big talents in the form of Mikkel Haarup, Caleb Grouthues, Jago Geerts, Brian Moreau, Roan van de Moosdijk and many more. There’s no doubt that Savaste was tipped to go on to have a great future in the sport but unfortunately injuries haven’t been kind to him throughout his career.

We caught up with Savaste to get his thoughts on a special day and the biggest achievement in career so far.

Gatedrop: Kim, back in 2014, it was a great year for you as you became Junior World Champion in the 85cc class. Going into the event, do you remember the hype, you must have been very excited going into the race?

Savaste: Going into the race I had huge determination because I had just lost my battle at the EMX85 final in Finland finishing 3rd. Those days after the race I kept working really hard but most importantly I could see myself winning that race.

Gatedrop: Can you just talk me through your races, from what you remember?

Savaste: The whole year of 2014 was a great racing experience and lot improvements. I battled a lot with Jorge (Prado) and Jago (Geerts) that year. JWC was a different one because there was a lot of stress coming together. Racing all the guys from overseas and the hype of one race. On Saturday I was pretty rigid and rode poorly. My mindset and feeling changed a lot during the night. Race day the rain started falling down a bit but that didn’t really change anything. I just thought today was the day. On the warm up I rode a couple of heaters and I remembered I was first by 3 seconds or so.

First moto I took a horrible start. I was 26th or so. In my helmet I just said: race time! Then I started passing and got up to 3rd. Second moto I rode really fast but fell a few times. That was fun but really nerve racking. Honestly that race itself wasn’t the best experience. It was muddy and the track had quite some stones. Anyway I knew it was an important race and I would have to perform, whatever it was. 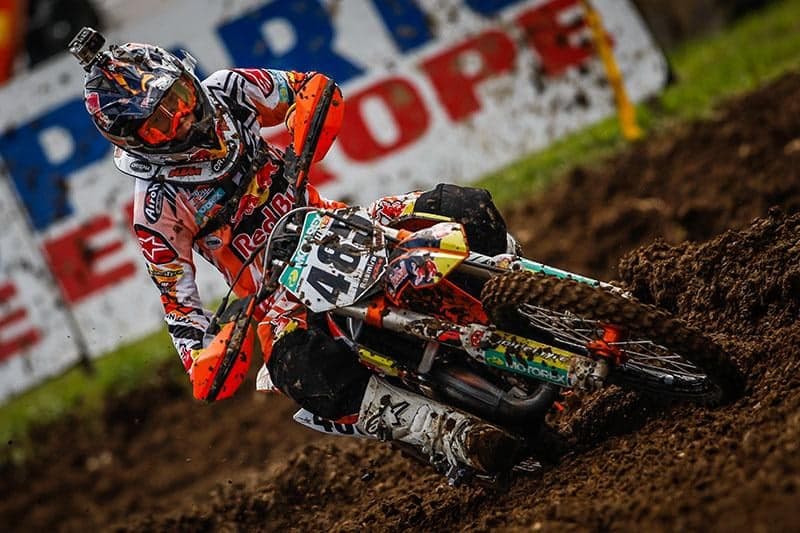 Savaste: That year and race was of course one of the highlights of my career. I know now it’s already been six years since then and I haven’t done anything that big in this sport. I still know that I’m not done yet. So far that has been my highlight of course. I was basically the fastest 85cc rider on the planet! Dreams were big but many injuries came my way.

Gatedrop: What races/memories stand out for the most and why?

Savaste: My favourite race memories so far are emx125 at Lommel where I raced really well and enjoyed it a whole lot. It was my first podium and second moto I came from last till 2nd.

Gatedrop: What are you up to these days and what’s your plans for the future?

Savaste: Now I just graduated high school and currently I’m applying for business school. Meanwhile I’ve been working at the store and of course training my physical condition like before. So a lot busier schedule than before! My plan is to get back to the top step by step with this great team. Meanwhile doing some good investments for the future by taking the education. Now I race with the team 137 Motorsport from Finland and I feel comfortable and motivated. I have different perspective on my career now and let’s see what that brings!