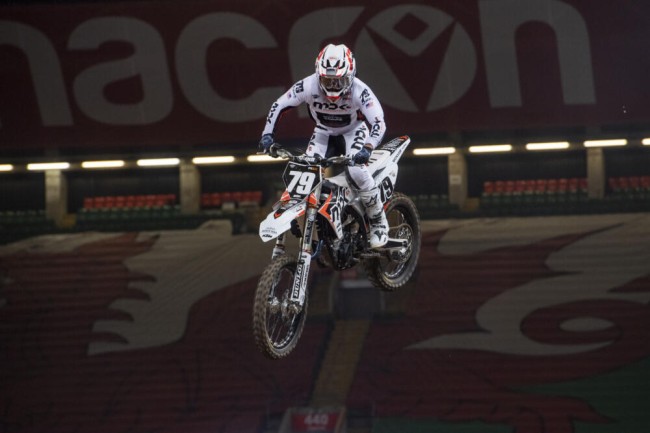 Derek Drake had his first experience racing in the UK at the weekend by contesting the first WSX round in Cardiff. On Friday, Drake was flying, looking really comfortable and riding with a lot of flow. When it came to the races it was important to get good starts which was tough for Drake after crashing in the heat.

We caught up with Drake to discuss the event and more.

GateDrop: Derek, the first WSX event in the books in a bit of a historic night. What was your thoughts on the event? I thought it was a success…

Drake: Definitely, I mean I had a great time. Everything was going well until the races; I was good in practice and qualifying. I was pumped to go racing but those three back-to-back main events were tough. Especially with the track layout we had here, we all kind of funneled into one line by the end of the night. It was really really hard to pass and in my heat race I was on the very outside, the start was really short, and it was very hard to get a good start from where I was. I had bad starts all night but there wasn’t really anything I could do about it. I had a couple of flats because there were nails out there but yeah… we have to turn this around at Melbourne now.

GateDrop: After seeing you ride yesterday, I made a bold prediction you could win, you looked so good and have a lovely technical style. Even though the mains didn’t go so well I think it showed you do have good pace…

Drake: The first day was great. Timed practice was really good but then those race lines came into play, and it made it tough. I screwed myself by falling in the heat which give me a bad gate pick. I then had a rock get in between my rear brake and the case of the motor so it locked my rear wheel up. I was dead last in the heat and nothing I could do about it, so I just had a bit of bad luck when it came to the races. I am looking forward to two weeks time.

GateDrop: Have you ever been to the UK before and what’s your thoughts on being here in Cardiff? One good thing is everyone here speaks English!

Drake: For sure, we got lucky with these two rounds here and then Australia with both speaking English. Everything is backwards here – the roads and the cars. But yeah, I had a great time here, I just wish my result was a little bit better, but it was great. I loved the town, there was lots of places to eat, lots of places to shop and things to see. It was a really good time here. 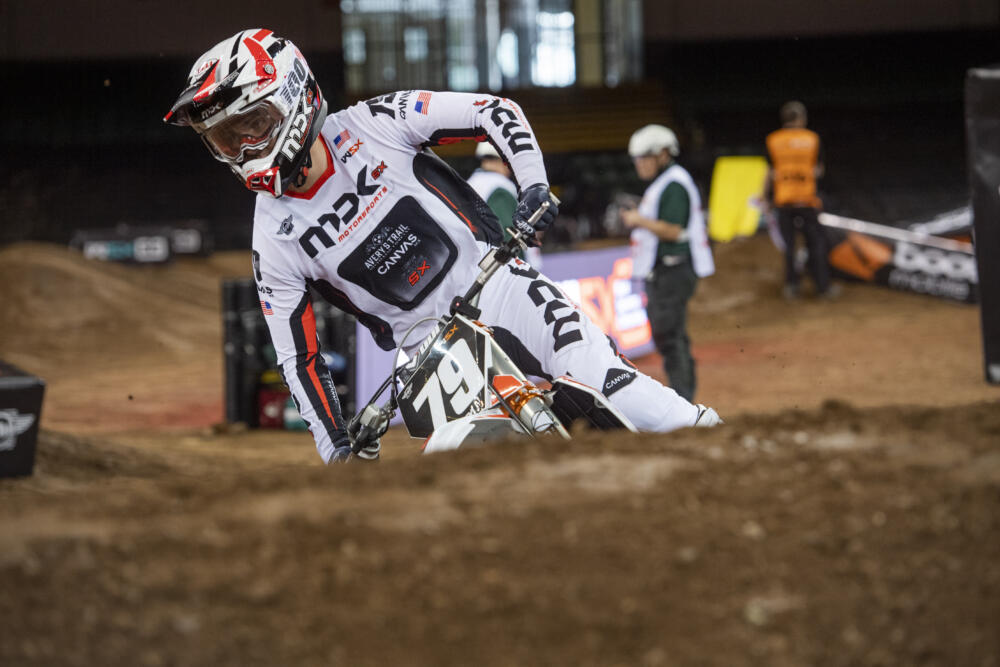 GateDrop: I know the track was quite hard to pass but in terms of how technical it was, do you think it was on power with the more basic AMA SX tracks?

Drake: It wasn’t too far off. The main triple was about right but the far rhythm section at the back, it was a lot tighter and the jumps were kind of thinner jumps trying to spread out the dirt or whatever. I liked the finish line ramp I’d never hit a jump like that before so that was cool, and I liked it. The middle of the track just got pretty bad once races started as everyone kind of protected the insides whereas during qualifying we were hitting the outsides not having to worry about anyone coming up the inside of us taking us out. With everyone taking the insides it was kind of like a pit bike race in the middle of the track.

GateDrop: Thoughts on the format? I know the Aussies or any of the guys that have raced in Australia have experienced it, have you? What was your thoughts on it, you’d probably like a bit more of a break between each main?

GateDrop: Just on next year, do you know if you’ll be racing WSX yet and if so, will you be on a Supercross only deal?

Drake: It’s up in the air still. It is a really cool opportunity, but it just depends on where I am when I leave Melbourne. If everything is going in the right direction after that then I would love too because it is a great opportunity. But there’s nothing like being at home too so we will figure it out.