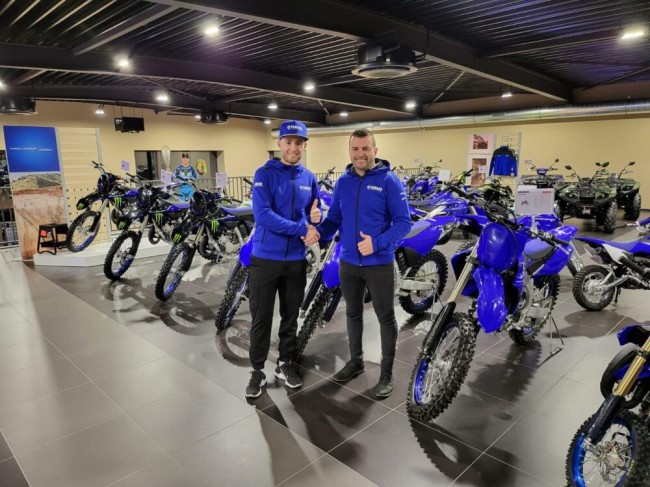 Since moving up to MXGP, Paturel has struggled with injuries but hopefully this year he can stay injury free and finally show his true potential on a 450cc. He will be back on a Yamaha which is the brand he secured his best results in the MX2 World Championship so fingers crossed it can all click for 2023 for the somewhat forgotten but talented French talent.

We caught up with the man behind the De Baets Yamaha team, Danny De Baets to ask how the team came together for the 2023 season and more.

GateDrop: Danny, it’s been confirmed that you will be running an MXGP team for the 2023 season – the De Baets Yamaha Racing team. There has obviously been a lot of planning gone into this. What has it been like putting everything together and when did it first start?

De Baets:  Actually, we had been thinking about building a team with Benoit Paturel for some time, but because we had to wait a little longer than expected with the opening of our new Yamaha motorcycle shop De Baets Motors & More in Hasselt, this has been put aside for a while. The new motorcycle shop was finally able to open in April and because Benoit Paturel was at that time without a team, we ran out of plans in October and decided to start a new adventure.

GateDrop: You’ve signed Benoit Paturel for the 2023 season, how did the deal all come about with him?

De Baets:  The contacts with Benoit have always remained after the Kemea story. After he hadn’t found a team at the beginning of October, we put our heads together and started working out our plans for 2023. Hans Corvers and myself have always believed that Benoit can do better than what we have saw the last years. We always had contact and Benoit contacted Hans for a Yamaha spot. After that Hans and Benoit came to me to see if we could do something together, Benoit contacted Yamaha and together with the Support of Yamaha Motocross Europe, Yamaha Netherlands and our De Baets Motors & More, we became an organization for an MXGP team only for him.

GateDrop: Benoit has a lot of talent but since moving up to MXGP has had a lot of injuries and health issues as well which hasn’t helped. I guess the goal for you is to get him fully healthy and last the entire season? With racing he will improve and hopefully get back to his best… What are your expectations for him in 2023?

De Baets:  We ourselves and Benoit know what has gone wrong in recent years. We want to get him back to where he needs to be and hopefully the injuries won’t happen. We all believe in Benoit and we know what he can do.

GateDrop: Can you tell me more about your background – how did you get into the sport, have you any experience in the MXGP paddock before and tell us more about the De Baets company…

De Baets:  In the 1990s I rode a 125cc for years and I took the step back to the amateur federation at a fairly early age, where I was able to build a nice career and rode for the Kemea team for seven years. I myself have been involved in the Kemea team for quite some time now as a sponsor and friend. Next year we will have twenty years an official car brand garage of Suzuki, SsangYong and MG and a bodywork company for twenty years. Since April this year we have an official Yamaha dealer ship that has been added where we sell all Yamaha products from scooters, track motorcycles, Quads, dirt bikes, clothing and soon electric bicycles. So, we sell the whole range of Yamaha.

GateDrop: It’s obviously never been cheap to put a Motocross team together and after COVID-19 with the cost of living increasing, it’s harder than ever. Was it a challenge financially to put this deal together?

De Baets:  It’s never easy to run a GP team. But that’s exactly why we start with one rider and try to get the best out of it. 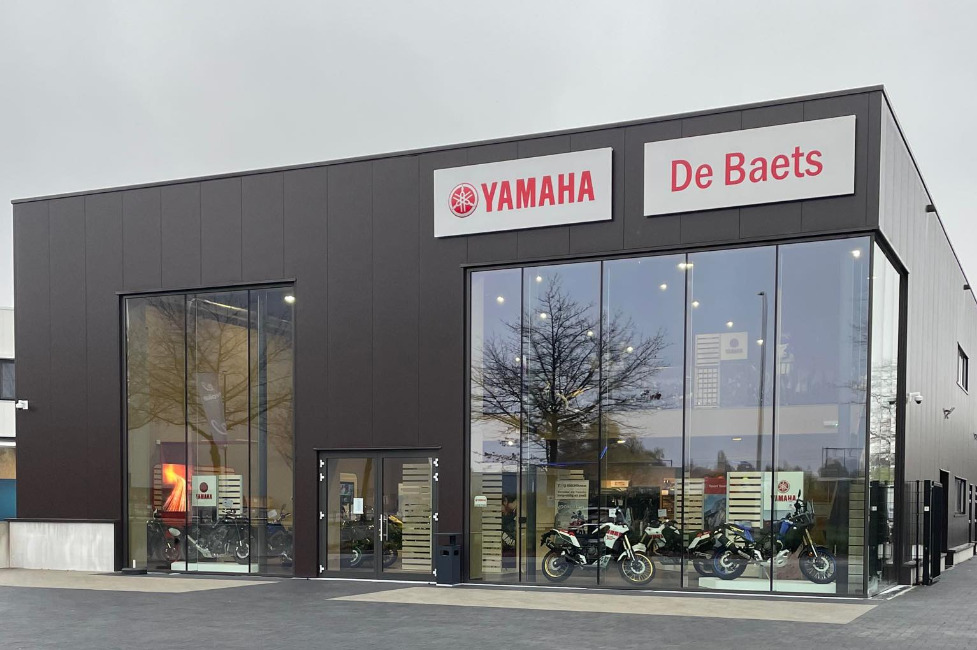 GateDrop: A number of MXGP teams are based at Lommel, where will you guys be based? I believe the company is Belgian…

De Baets:  Our workshop is located in Hasselt at our new Yamaha shop and car garage.

GateDrop:  Benoit Paturel has already been announced – for 2023, will he be the only rider? In future would you be open to more than just one rider?

De Baets:  Benoit Paturel will be the sole rider for the team in 2023. We’ll then see what the future brings.

GateDrop: How many rounds of MXGP will Benoit race? All the rounds, or just all the European rounds or just a selected number?

De Baets:  We will start with the first two overseas and European GP. After that we will then evaluate further for the rest of the season.

GateDrop: For pre-season what are Paturel’s plans – where will he spend most of his time and do you know what pre-season races he will do? Hawkstone, Lierop, the opening French championship, International Italian championship and even Spanish championships are all options…

De Baets: The planning is that we will ride pre-season races, but everything depends on how far we are with the preparations and that we have received the necessary engines.

GateDrop: In terms of equipment the team will run Yamaha machinery, the new 2023 model I assume – will it be standard or will you get any support from Yamaha?

GateDrop: Long term have you got any goals for the team? Is this a long term project to be present in MXGP?

De Baets:  At this moment we have no plans for the future. Let’s finish the 2023 season first and then we’ll see what the future brings for us.

GateDrop: Just on MXGP in general, after COVID-19 and the price of living increased, some teams will stop next year so your introduction is needed. What’s your general thoughts of MXGP at the moment?

De Baets:  MXGP is the highest level you can achieve that many dream of, but it is becoming increasingly difficult as a private team to budget in a world like today. With the large number of races and certainly the overseas travel, it is impossible for many teams to compete in the entire championship.  I would like to say thank you to everyone who supports us to make this happen and want to go all out to bring Benoit Paturel back to a level where he should be.